Joan Lee and Comic Legend Stan Lee Relationship ends after 70-years as she dies aged 93; See all the details 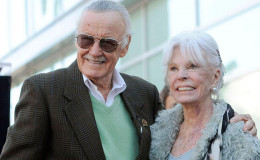 Joan Lee and Comic Legend Stan Lee Relationship ends after 70-years as she dies aged 93; See all the details

A century worth of relationship ended. It is true when they say, 'Nothing Lasts Forever.'

Joan B. Lee, the former British hat model, and the wife of Comic legend, Stan Lee, took her last breath, yesterday. The whole world is in shock after the news of her death got out.

We can't even imagine the amount of pain, Stan is going through after his better half of 69-years, left him alone in the world. Let's find out how it happened and take a small insight of their relationship.

Joan B. Lee-Left The World For Heavens

She suffered a major stroke earlier this week and rushed to the nearest hospital, in order to give her a good treatment. Her family and friends were praying for her health. 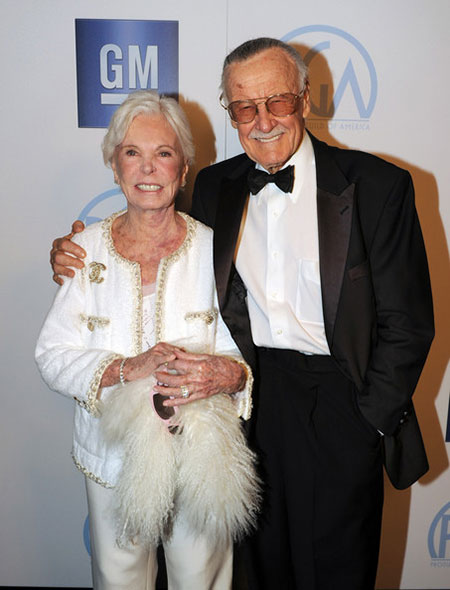 Joan married Stan after he begged for her to marry him, Their marriage lasted for 7-decades until she passed away yesterday
Source: Zimbio

But looks like it was time for Joan to start her next journey to the heavens, alone as she peacefully died, whilst surrounded by her family.

The family spokesperson released an official statement which stated,

'I can confirm the sad news that Joan Lee passed away this morning quietly and surrounded by her family.'

"The family ask that you please give them time to grieve and respect their privacy during this difficult time."

After her tragic passing, it brought an end to her 7-decades of marriage with Stan. Marvel paid tribute to Stan's wife and said,

"We are so saddened to hear about the loss of Joan Lee. We lost a member of the Marvel family today and our thoughts and prayers go out to Stan and his daughter Joan in this difficult time."

Joan and Stan tied the knot on December 5th, 1947, after meeting accidentally on a blind date.

Stan was due to meet another model named, Betty but instead, he laid his eyes on Joan first and he decided that she is the one.

They were the parents of their two daughters, Joan Celia, born 1950, and Jan Lee, born 1953. Both of them never had any children from their previous relationship. 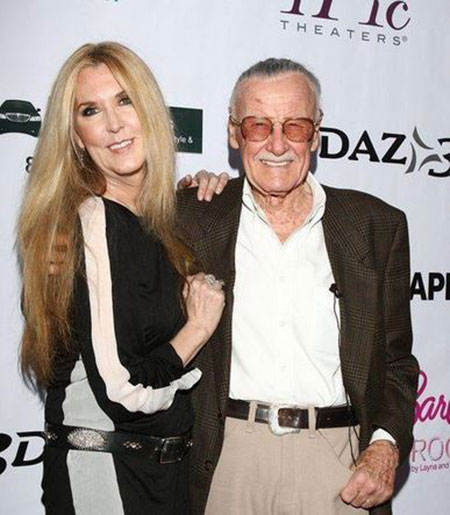 Stan and Joan welcomed two daughters out of which, their younger one died after three days from birth
Source: Bleeding Cool

Although, their second daughter, Jan, died after a mere three days from her birth. It was a devastating blow for the duo but they moved on.

This was the third marriage for Joan as she was previously married to two men. She married an English man but broke up soon after.

After moving to the United States, she married an American officer but that marriage didn't work either. 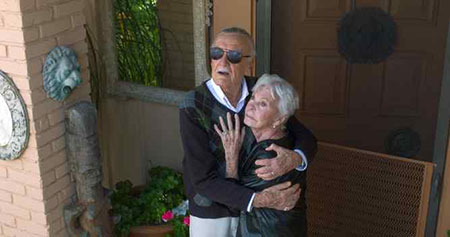 We pray for Joan and wish that she Rests In Peace
Source: Los Angeles Daily

At this tough time, we hope Stan pulls through and we mourn the loss of the blessed soul, that is Joan.

It's almost been a year that Lee was left all alone after the tragic demise of his lovely wife. The legendary writer, publisher, and editor of Marvel Comics who began his business in 1939 died early Monday at Cedars-Sinai Medical Center in Los Angeles on 12th November 2018.

Well, this is a shocking news for his admirers but he'll always be remembered for his creations like Spider-Man, the X-Men, the Fantastic Four, the Incredible Hulk, Daredevil and Ant-Man.

"He felt an obligation to his fans to keep creating. He loved his life and he loved what he did for a living. His family loved him and his fans loved him. He was irreplaceable."

Moments after his tragic death, there was an immediate downpouring of gratitude for lee via social media. From actors to directors who worked with him and who has become an inspiration took Twitter to share their views.

Chris Evans who portrayed the role of Captain America for the last seven years wrote:

"There will never be another Stan Lee. For decades he provided both young and old with adventure, escape, comfort, confidence, inspiration, strength, friendship, and joy. He exuded love and kindness and will leave an indelible mark on so, so, so many lives. Excelsior!!"

"Stan...more than a master of stories, you always seemed like a master of living. I will look to you for inspiration for the rest of my life. You live on. xoxo Your Wasp flood the internet" with any artwork that's ever been created out of inspiration from Stan Lee, while starting the hashtag #BreakTheInternetForStan."

No one has had more of an impact on my career and everything we do at Marvel Studios than Stan Lee. Stan leaves an extraordinary legacy that will outlive us all. Our thoughts are with his daughter, his family, and his millions of fans. #ThankYouStan #Excelsior!

There will never be another Stan Lee. For decades he provided both young and old with adventure, escape, comfort, confidence, inspiration, strength, friendship and joy. He exuded love and kindness and will leave an indelible mark on so, so, so many lives. Excelsior!!

You may not have known it, but your stories, editorial notes, letters pages, and Soapboxes that we read growing up became the voice we needed to guide us through life and inspire us to strive to be the heroes that you knew we could be. Rest in peace, Stan Lee, and thank you. pic.twitter.com/NisO7GDAku

Awww man, heartbreaking. R.I.P. to a true pioneer and legend. My youth wouldn’t have been the same without him. So grateful to have met the guy, and told him how thankful I was for his work. #stanlee https://t.co/UiYscXKoLQ

His daughter didn't report the exact cause of his death but the TMZ celebrity news mentioned that an ambulance was called to his Hollywood Hills home earlier on the same day he died.

Furthermore, we are still waiting for detailed information about the tragic incident.