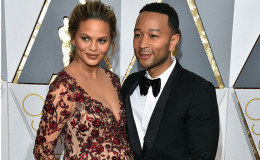 John Legend is happily married with wife Chrissy Teigen, couple has a baby daughter together and living happily together.

Every time this singer comes on stage, he makes us fall in love with his songs and music. The legendary and passionate singer is none other than 10X Grammy Award winner, John Legend.

We often wonder how the singer comes up with such amazing and soulful songs and the answer is his one and only source of inspiration and love of his life, wife Chrissy Teigen.

The adorable couple has been happily married for almost five years now and is living their dreams together.

Let's dive into their amazing love story and find all the details about the wonderful couple.

The gorgeous IMG supermodel, Chrissy can make any man go crazy over her by her ravishing beauty, but it was not the same for her husband, John.

The pair had their first encounter on the set of Legend's 2007 music video, "Stereo". 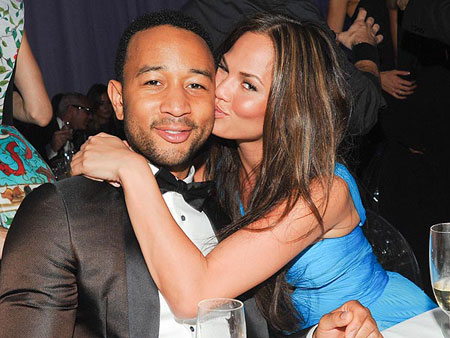 In an interview with ET online, Legend revealed that he didn't fell in love with Chrissy right away but remained good friends before they started dating.

"I started to fall in love with her over the phone because she is good with those 140 characters. She's so good and she's so clever and I was like, 'Wow, she's really impressive.'" 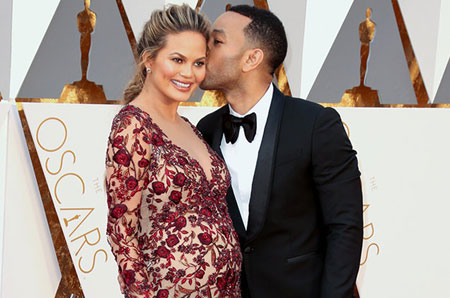 Adding to that, Legend gushed about how their relationship grew more stronger day by day and finally, they started dating in 2007.

Happily ever after for John and Chrissy

The 31-year-old model Chrissy and All of me singer John were complete 'head over heels' for each other and after four years of dating, they got engaged in December 2011.

The singer even dedicated his Billboard number-one single, All of Me to his lovely wife in which both featured as a lovely couple.

After popping the question in 2011, the pair tied knots on September 14, 2013, in an intimate wedding organized at Villa Pizzo in Lake Como, Italy. 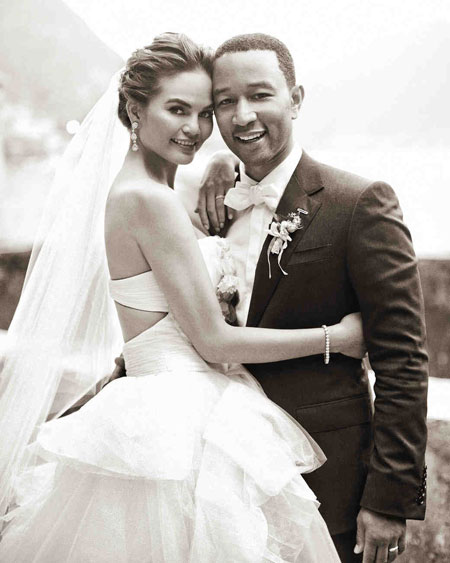 The couple confessed why they chose to marry there, telling US Weekly that it was the place when they first fell in love. Heart Melts... 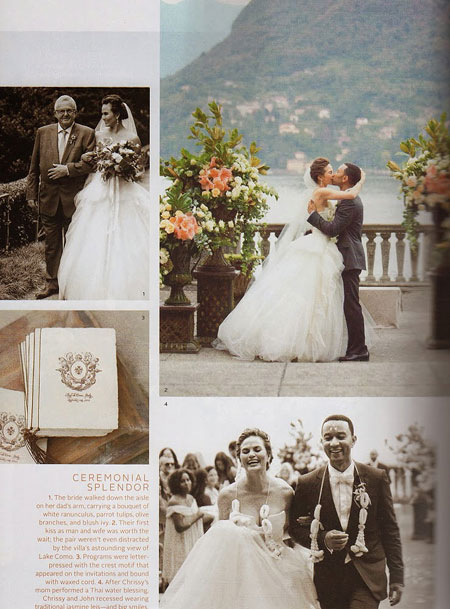 This perfect couple is madly in love and is going pretty strong together. Also, there are not any single rumors of them getting divorced or extra affairs so, hats off to this powerhouse couple!!

John and Chrissy blessed with their baby daughter

John and Chrissy are not just a couple but a beautiful family as they've been blessed with an adorable daughter, Luna Simone Stephens. 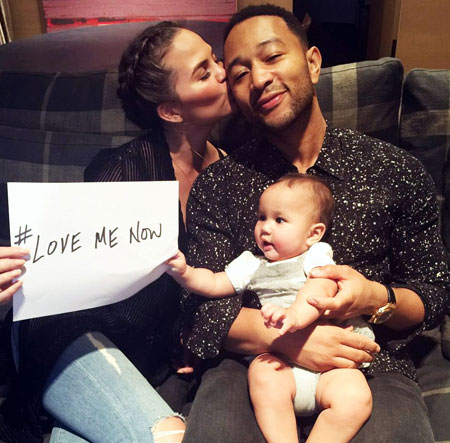 The couple welcomed their baby back on April 14, 2016. They announced their pregnancy through Instagram, posting a picture of them together and John caressing the bump.

John and I are so happy to announce that we are pregnant :) As many of you know, we've been trying to have a baby for a while now. It hasn't been easy, but we kept trying because we can't wait to bring our first child into the world and grow our family. We're so excited that it's finally happening. Thank you for all your love and well wishes. I look forward to all the belly touching! Xx

The wonderful family of three now lives happily and often shares some amazing pictures of them spending cute moments with each other.

Back on set for #lipsyncbattle season 3B!

Happy first birthday Lu!!!! My lovebug. You are all the best parts of the both of us and I cannot believe how much has happened in you first 12 months of life. We love you to the luna and back. Thank you @Yopeteryang for taking these awesome photos and the lip sync battle team for such a nice surprise!!!

All in all, we will always root for this amazing couple and family and hope for their lifelong happiness and success.