Home Article Johnny Lopez, son of Jenni Rivera revealed that he is Gay; Find out about his Personal life and Boyfriend

Johnny Lopez, son of Jenni Rivera revealed that he is Gay; Find out about his Personal life and Boyfriend

Johnny Lopez, son of Jenni Rivera revealed that he is Gay in a YouTube video; Find out about his Personal life and Boyfriend

It takes a lot of courage and determination when one is opening about his or her sexuality, especially when you are the child of a big name in the entertainment industry.

Late Jenni Rivera's son Johnny Lopez came out as gay last month and boy does it nearly took the whole internet by storm. Even though in today's time everyone is open to all this stuff but sometimes it too much to handle.

Let's find out more about the big news in the section below.

Johnny Lopez-Came out as Gay

In an eye-popping video which he shared on YouTube, he along with his sister's support came out as gay. The video is very emotional and we commend Johnny's bravery. 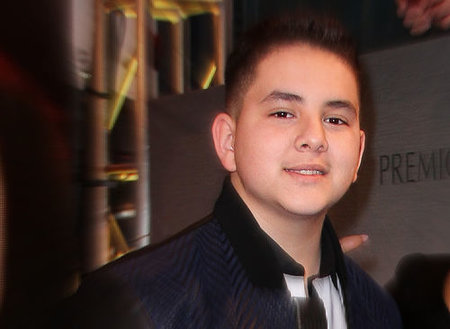 The speculation regarding his sexual orientation has been going on for some time and now that he finally came out all the rumors and speculation can put to rest.

The 16-year-old lad knew the day was coming and he didn't hesitate. In the video, he is displaying his disappointment regarding the big news as he himself stated how he didn't want things to go this way.

You can watch the full video below!

In the video, expressing his thoughts he said,

"There has been a lot said about me in the past few weeks. Things didn't come out the way I wanted this to. I wanted to make this video first and for everyone to understand me but my boyfriend, as you all know, Joaquín, we both got a little too excited, and he posted a few pictures of us, and I retweeted them, and it went viral."

For those of you who don't know, Johnny is currently in a relationship with Joaquin. The pair has been dating for around 2-years.

Joaquin posted a series of photos of them which led people to know more about their love affair. Their relationship struggled after they broke-up earlier this year.

But then they got back together after a mere 5-months break. Johhny in an interview also admitted he dated some females in order to confirm his sexual orientation.

He had a tough time going through such phase and we really appreciate his effort to make people like him brave enough to speak for themselves.