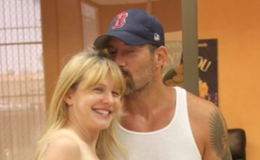 Kathryn Morris, 53, is a well-known American actress with a net worth of $4 million. She is best recognized for her role as Detective Lilly Rush in the CBS television series Cold Case.

Kathryn Morris is married to actor Johnny Messner. He is best known for his role as a muscular military man in Anacondas: The Hunt for the Blood Orchid in 2004.

Morris rose to fame after appearing in Cold Case. The 53 years old actress' estimated net worth is $4 million. In this article, we'll learn in detail about her married life and kids. 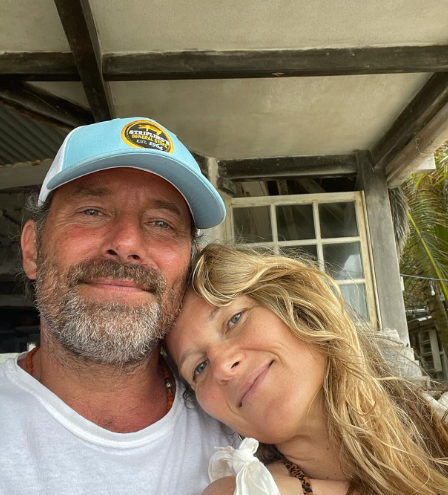 Messner and Morris met when Messner was invited to make a guest appearance in Cold Case. The pair got married in a private ceremony in 2010. However, the lovebirds got separated.

On April 8, 2013, the happy couple announced that they were expecting two baby boys. Morris and Messner both support and promote Toys for Tots, a charity that provides toys and presents to underprivileged children for Christmas.

Kathryn previously had a relationship with Randy Hamilton. Even though they were supposed to tie the knot, their relationship ended in 2004.

Kathryn Morris - Mother of A Twins 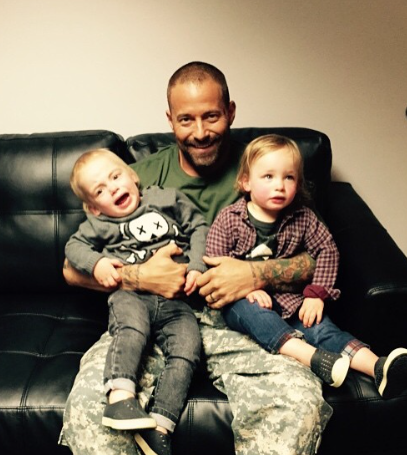 "Jameson West Messner and Rocco McQueen Messner are now cozy at home loving family life," the new parents exclusively tell People. "These angels have blessed us with 14 pounds of love from above. Sweet boys, stay healthy!"

Both boys were born at 8:12 a.m. and weighed 6 lbs., 14 oz., and 6 lbs., 10 oz. Although the news that Morris and Messner were expecting twins caught them off guard, the new mom is overjoyed that her baby boys have a special bond.

"When the doctor detected twins based on specific HCG levels in my blood work, he called us in for an ultrasound and said, 'Let me just check on something I already know...'" Okay, one for you, and one for you!' "We were stunned and overjoyed," Kathryn recalls. "These brothers now have a lifelong best friend! What person wouldn't want that?"

Morris says Jameson West, whose name is "a combination of several family names" on Morris' side, and Rocco McQueen, whose name "represents everything Johnny's about," are starting to show their polar-opposite personalities.

"Jameson has a sweet and fiery Irish swagger to him, and Rocco has a laid-back Italian cool," Kathryn says. "We had a few names in mind, but once they arrived, we knew who was who."

"Jameson was learning to breastfeed in the hospital but got a little confused where to latch on," Morris jokes about the cheek-chomping photo at left. "Some retaliation is in order for Rocco." The proud parents affectionately refer to Jameson as The Boss and Rocco as Mellow Yellow; the two are known as The Dirty Messners.

"We are overwhelmed by the love we feel... a love we had no idea existed," Morris and Messner tell People, "We are truly blessed." The actress and Messner announced their pregnancy in April, three years into their relationship. "She and Johnny are overjoyed," her rep told People at the time.

According to Today, Kathryn Morris writes that her autism journey introduced her to a secret society of sick children and bankrupted families. Eight years ago, I gave birth to healthy twin boys. We plunged into the abyss of autism spectrum disorders eighteen months later. 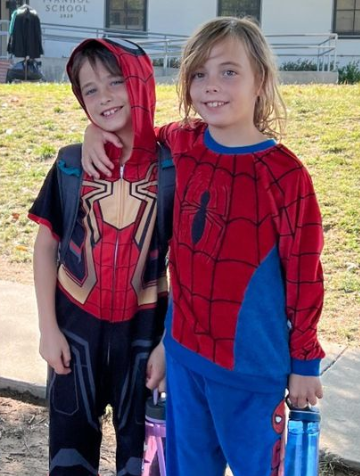 Kathryn Morris writes that her autism journey introduced her to a secret society of sick children and bankrupted families. SOURCE: Instagram

You might recognize me from CBS's Cold Case. For seven seasons, I played the lone detective who solved crimes that most cops couldn't solve in record time and with cool music. For a long time, I was focused on my career, and having a baby was not on my radar. I drank a lot of coffee, worked nights and days, traveled the world, made TV money, and was the cool aunt to my co-stars' kids.

Then I wanted more, and the desire to become a mother appeared. I was smitten. We had identical twins. I was complete. At the age of three, the twins were diagnosed with an autism spectrum disorder. A bombshell twice over.

My kids are perfect. I can't imagine them without their autism - their brilliant traces of "just being" on that spectrum have made me a better mother and person. However, our epic journey introduced me to a secret society of sick kids, misfits, and savants - bankrupted families in constant emergency mode, feeling this pandemic-like panic for a lifetime - epidemic numbers of cute babies who grow up into invisible people in permanent quarantine.

As an actor, I was fortunate to have the resources to put my life on hold while I sought treatment and assistance. (Today, my boys are healthy, happy third graders.) However, not everyone has those resources.

In Cincinnati, Ohio, Kathryn Morris was born on January 28, 1969. Prior to moving away, she spent her early years as a Christian growing up in Windsor Locks, Connecticut, with her parents, Stanley, a Bible scholar, and Joyce, an insurance agent, and five siblings. 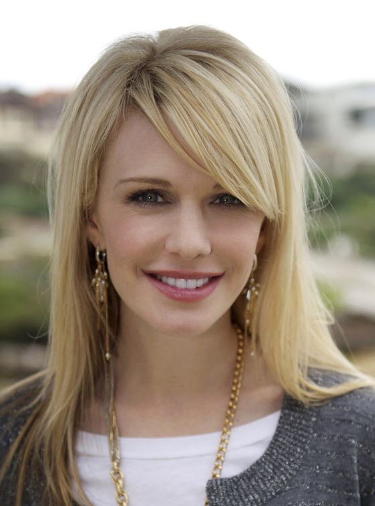 In Cincinnati, Ohio, Kathryn Morris was born in 1969. SOURCE: Instagram

Morris and her family toured the southern Bible Belt as The Morris Code from the age of six to seventeen. Father and three (out of five) of Morris' siblings made up the majority of the group. Kathryn went to Northeastern Christian Junior College and Temple University in Philadelphia.

Kathryn was involved in a hit-and-run accident on her way to her first acting gig, a Japanese music video based on the musical Grease, after studying theatre in high school. She made it to the audition, and that's when she realized she wanted to be an actress.