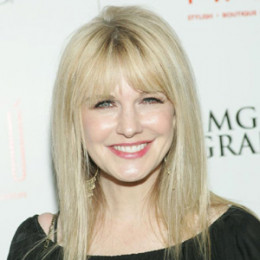 Kathryn Susan Morris, better known as Kathryn Morris is an American actress. She is best known for her portraying the role as Detective Lilly Rush in the CBS series Cold Case. She played several movies and TV series appearance. Some of her popular movies include The Contender, A.I. Artificial Intelligence, Assassination of a High School President, Minority Report, The Perfect Guy and so on. She is a proud parent of two children with her partner, Johnny Messner.

Born on 28th January 1969, Kathryn Morris is the daughter of Stanley and Joyce in Cincinnati, Ohio, the U.S. Her parents, Stanley was a Bible scholar whereas Joyce was an insurance agent. She grew up along with five other siblings.

From the age of 6 to 17, she traveled the southern Bible Belt as a gospel group, The Morris Code with her family. The group was mainly made by Kathryn’s father and three of her siblings.

She attended Northeastern Christian College and then Temple University for her higher education. After completing theater, she involved in a hit-and-run collision and made her acting gig in a Japanese music video based on the musical Grease.

Morris made her Hollywood debut from the American romantic musical comedy movie, Cool as Ice, in 1991. The movie was directed by David Kellogg which starred Vanilla Ice, Kristin Minter, and Michael Gross. The same year, she was also seen in the TV series, Long Road Home where she portrayed the character of Billy Jo Robertson.

After her first movie, she played several supporting roles in different movies. Then she played the role of the psychiatric patient in the Oscar-winning, As Good as It Gets. The movie was directed and produced by James L. Brooks which starred Jack Nicholson, Helen Hunt, Greg Kinnear, Cuba Gooding Jr., and Skeet Ulrich. The movie was a box office hit movie which earned $314.1 million at the end of the year.

Though she made several appearances in the movies, her breakthrough role came as Lt. Annalisa Lindstrom in the television series Pensacola: Wings of Gold in 1997. After Steven Spielberg recognized her in the Rod Lurie’s written and directed movie The Contender, he cast her in the two successive movies: A.I. Artificial Intelligence and Minority Report.

Minority Report is an American neo-noir science fiction movie which starred Tom Cruise, Colin Farrell, Samantha Morton, and Max von Sydow. The movie was released on 21st June 2002 in the United States which received the box office collection of $358.4 million at the end of the year.

Apart from Hollywood movies, she has several appearances in the TV series including The Magnificent Seven, The Mind of the Married Man, Inherit the Wind, Providence and much more. Then in 2003, she landed in the American police procedural television series, Cold Case where she shared the screen along with Justin Chambers, Danny Pino, John Finn, Jeremy Ratchford, and Thom Barry. They have done over 156 episodes in 7 seasons.

Moreover, she was last seen in the American thriller movie You Get Me of Brent Bonacorso that was released on 19th June 2017 in LA Film Festival. This actress has also done a few of the short movies including Moneyball, Sunday’s mother, The Coin, and Hostage.

Kathryn Morris has successfully collected an estimated net worth of $4 million from her acting in the Hollywood movies and TV series.

Currently, Morris is in a relationship with her long-term boyfriend, Johnny Messner, since 2010. It has been 3 years since they began dating and the pair is also blessed with adorable twins: Jameson and Rocco. 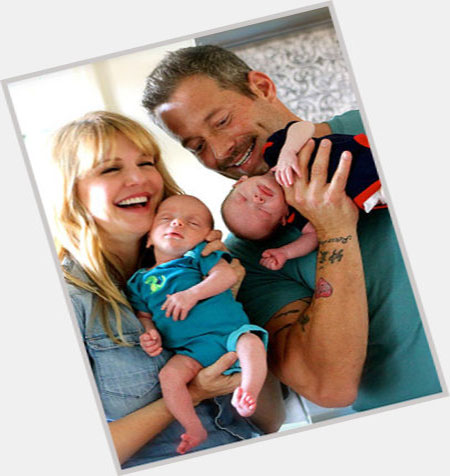 The pair had already decided on the name as they announced the news that they are expecting twins early in the same year. Though the couple is blessed with two children, they are not married yet. According to the sources, there are some speculations that the duo has tied the knot in a secret ceremony.

From 2002 to 2004, she was in a relationship with Randy Hamilton. They even exchanged rings but the duo somehow separated due to certain reason.

Stay tuned to Marriedwiki.com/wiki for interesting news and entertainment!!!

Born on 21st August 2013, Jameson West Messner is one of the twin sons of Kathryn Morris.

Born on 21st August 2013, Rocco McQueen Messner is the next twin son of Johnny Messner and Kathryn Morris.