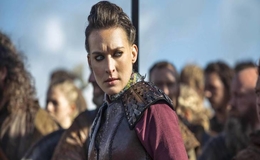 From Sweden to Los Angeles to Britain, actress Josefin Asplund has gone places, marking a great career in Hollywood with her fine talent and beauty.

Asplund's fanbase grew even more after she contributed as Astrid in the hit historical fantasy drama; Vikings, co-starring Ruby O'Leary, Peter Franzén and Linus Roache. Since there has been a drastic growth in her career and fame, a great interest in her love interest has also sparked among her fans.

Although there has never been an accurate revelation, Astrid once regarded her co-star, Franzen, her ex-husband, on social media. This, of course, ignited a lot of interest in her fans. But did Josefin and Peter get married?

The Swedish beauty took to Instagram on 3rd October 2019; the same year Vikings wrapped up filming its final and sixth season. Posting a picture of Franzen, Josefin sweetly wrote: "Good luck on the final season dear ex-husband!" in the caption section.

The picture showcased Franzen rocking a kimono-styled costume as he carried an umbrella. But, of course, the fans were more curious about the caption because Josefin mentioned the Finnish actor as her ex-husband. 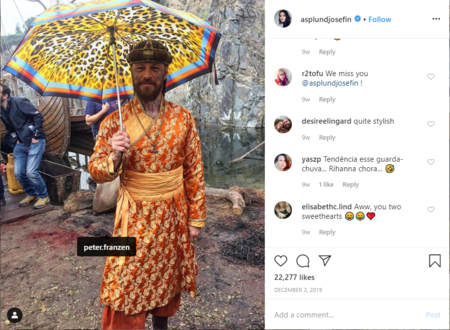 But, speaking of truth with no exaggeration, Josefin and Peter aren't dating, let alone they never got married. Josefin was only talking about her onscreen relationship with the actor. The picture shared by Asplund was taken on the set of the series too.

And, FYI, Josefin is a married man, who has been with his wife, Irina Björklund, actress and singer from Finland, renowned for her roles in The American Road North, since they tied the knot in 1996.

The graduate of Sodra Latins Gymnasium School, who took further acting classes from Calle Flygare's Teaterskola, quickly rose to popularity for her debut role in The Girl with the Dragon Tattoo alongside Daniel Craig and Rooney Mara. 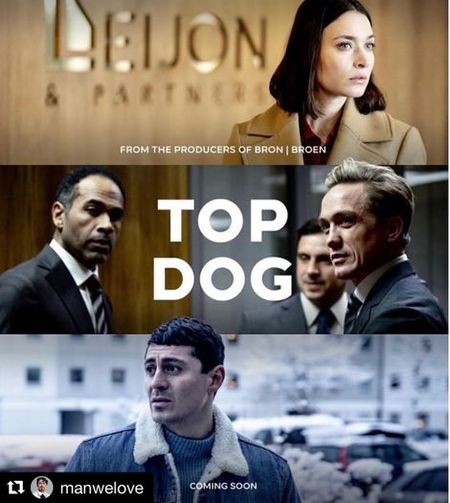 Asplund, who played the role of Pernilla in the hit film, has since then appeared in other films and tv shows such as Call Girl, The Circle, Conspiracy of Silence and Sanctuary, one of her recent projects. And, after Vikings concluded, Asplund took a temporary break from acting.

And, for the fans of the actress who can't wait to see Asplund on her next project soon, she is next up for the upcoming Swedish crime thriller, Top Dog alongside Gustav Lindh, Kardo Razzazi and Joel Spira.