Home Article Fox & Friends Journalist Ainsley Earhardt Blissful Married Life With Wealth Adviser Will Proctor Following The Divorce From her Ex-Husband Kevin McKinney: Get All The Exclusive Details About Them Here.

Fox & Friends Journalist Ainsley Earhardt Blissful Married Life With Wealth Adviser Will Proctor Following The Divorce From her Ex-Husband Kevin McKinney: Get All The Exclusive Details About Them Here. 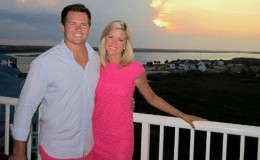 Ainsley Earhardt currently serves a co-host of Fox News Channel's (FNC) Fox & Friends (weekdays 6-9AM/ET) alongside Steve Doocy and Brian Kilmeade. She joined the network in 2007 and is based in New York.

Ainsley Earhardt, the popular co-host of FOX News Channel's (FNC) Fox & Friends is now a happily married woman and also a mother of her beautiful baby daughter. After marrying her second husband, Will Proctor, Ainsley has finally moved on with her life, and the duo is undoubtedly having the best times of their lives.

Ainsley was previously married to her college sweetheart, Kevin Mckinney, however, that relationship could not last long, and they divorced in 2009 and bid adieu.

Now, Ainsley with her new husband, her adorable baby and her new book "Take Heart, My Child," is doing really well professionally and personally. Let's take a closer look at her life and find out more about her married life.

After high school, Earnhardt graduated from the University of South Carolina in B.A. in Journalism. In the meantime,  Ainsley met Kevin McKinney, and they started dating and eventually, they became college sweethearts.

After graduation, they decided to get married. On April of 2005, the pair tied the knot in Ainsley's hometown in Columbia, South Carolina. 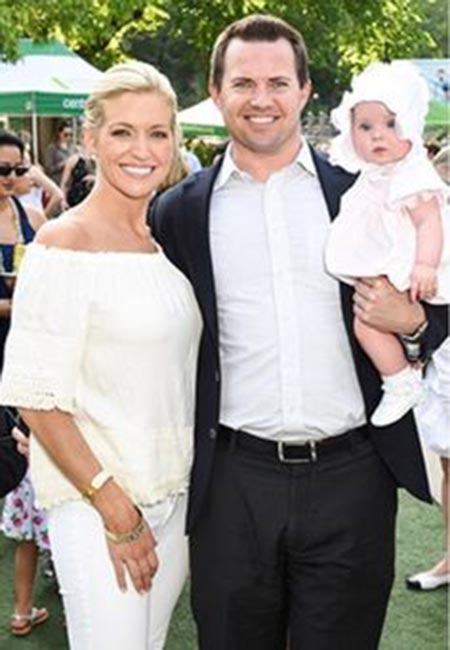 Ainsley Earhardt and her husband Will Proctor
SOURCE: Pinterest

They were officially a husband and wife for almost five years. However, the marriage did not last long, and they divorced in 2009. They do not have any children of their own.

Rumors have that, Ainsley filed for divorce when she found out that Kevin was allegedly having an affair with another woman. 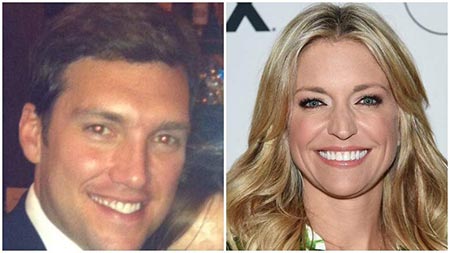 Also, sources claimed that after that incident, Ainsley went on a vacation and came back without her wedding ring.

After parting their ways, Kevin has disappeared from the media and has maintained quite a low profile.

Ainsley Got Married Again! Get To Know Her New Husband Will Proctor!!

After three years of staying single, Ainsley finally found the 'right man' for her, and she decided to give love another chance. The man is none other than the handsome and famous retired Pro football player, Will Proctor.

According to our sources, the duo married on 13th of October in 2012 at the All Saints Episcopal Church in Winter Park, Florida, Proctor’s hometown.

In one of the interviews, Ainsley revealed that her favorite places were home, church and Central Park. She further added:

"Central Park is my favorite place because that's where Will told me that he loved me..for the first time."

The couple eventually got married in presence of all friends and families, and the media. They looked like a perfect couple who were meant to be together during that day.

Since then, life has become beautiful and meaningful for this couple. Also, rumors or gossips related to their divorce or affairs have not been heard so far, and we can say that that the chances are rare for that to happen.

Will Proctor And Ainsley Earhardt Welcomed Their Baby Daughter

Ainsley and Will together have a beautiful baby daughter named Hayden Dubose Proctor. The duo gave birth to her baby girl on 7th November 2015.

They announced this wonderful news on Twitter stating how happy they were to welcome a new member to their family.

We are absolutely thrilled to welcome our new baby girl, Hayden, into this world. My husband and I are overjoyed!! pic.twitter.com/f27k5IXkIq

In an interview with Fox News Insider, Ainsley shared all her experiences of her motherhood and how wonderful her life has become since the birth of her child.

Although she is busy with her work most of the time, she tries her best to spend time with her family; especially her daughter.

Happy Mother's Day! We hope you have a special day.

"I think it's how you choose to go through life, and I choose to have a positive attitude, and I choose to make it work, and I feel like I try to balance it all and I know there are some days where I don't feel like I'm as good at something -- either the job or balancing being a mother, but you just do it."

"And it's awesome. It's something that's worth it to me because I can't imagine now that I have a child not being a mom."

Showing Hayden some of the pictures in my new book, “The Light Within Me,” available tomorrow! #TheLightWithinMe @foxandfriends

Ainsley Earhardt recently has published her third book, The Light Within Me which reflects her on faith, family, and successful career. Her other books are Through Your Eyes: My Child's Gift to Me (2017), Take Heart, My Child: A Mothers Dream (2016).

Just a day after Earnhardt announced her separation from her husband and claimed that he had an affair, her husband filed for divorce in October 2018.

He proceeded divorce in Manhattan Supreme Court expecting money or custody of their 2-year-old daughter. He stated,

"I am devastated about this situation and did not envision this for the future of our family."

While his ex-wife stated in a statement,

"After much prayer and careful consideration, Will and I have separated. I am grateful to Fox for their support and allowing me to spend all day, every day after the morning show with my child."

"I am fully committed to parenting and doing what is always best for my darling, little girl and would appreciate privacy and prayers during this difficult time."

The six years of married life fell apart after Proctor allegedly cheated his wife with one of her close friends. The source said,

"Proctor was unfaithful with one of her closest friends a few years ago and there is evidence to prove it."

While Proctor thoroughly denied the allegation and stated that their's no truth to the allegations. Furthermore, he mentioned that his private life has become public.

"I remain focused on and committed to being the best Dad, and maintaining a friendship with my wife even though she has decided to move on."

The Light Within Me and Take Heart, My Child: A Mother’s Dream author said that she's focused on motherhood besides her split.

Earhardt just celebrated Christmas with her lovely daughter and shared an image of the day via Instagram post when she has 183k followers as of January 2019. 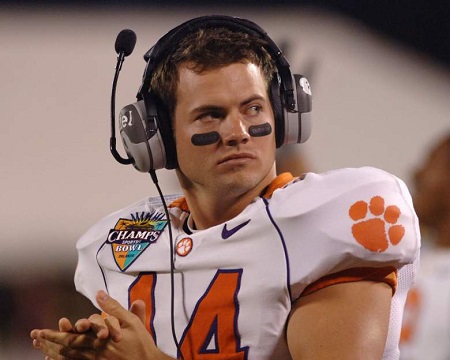 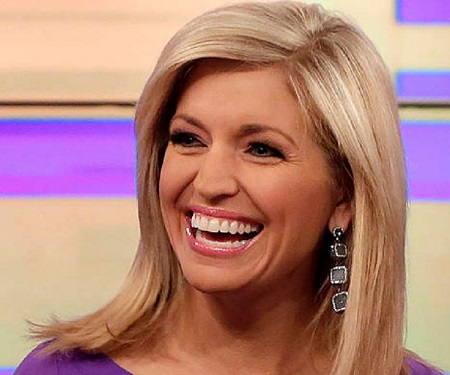