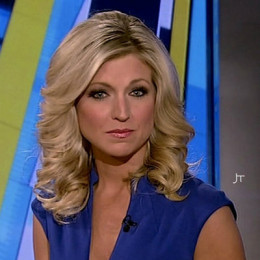 Ainsley Earhardt is a talented journalist who is the co-host in Fox News Channel, “Fox and Friends First”. She studied at Florida State University majoring in biology on leadership and academic scholarship. She has received the Caroliniana Creed Award based on personality, leadership, and character. She has got a breathtaking figure with the body measurements of 35-24-36 inches giving her hot curves.

Talking about her personal life, she is a married woman. She is married two times, at first she married her boyfriend, Kevin McKinney with whom she stayed in a long relationship.

The couple had some complications in their relationship so they decided to divorce. Later after such tragedy, she somehow managed to get hooked up with another guy, Will Proctor to whom she is married now. The couple also has a daughter together named Hayden Dubose Proctor.

Earhardt and Proctor filed for divorce in October 2018. She announced their separation as her husband was unfaithful in their relationship.

Earhardt possesses a net worth of about $6 million as of 2019.

Ainsley Earhardt was born on 20 September 1976 in Spartanburg, South Carolina.

She studied at Spring Valley High School. Later, she received a B.A. in Journalism from the University of South Carolina.

She is famous for being the co-host of Fox & Friends.

He must be a tall, handsome guy who made such a beautiful lady fall for him. Detailed information about him has not been provided.

Second Marriage with Will Proctor

He is a former starting quarterback for the Clemson Tigers at Clemson University in the Atlantic Coast Conference and for the Calgary Stampeders of the Canadian Football League.