Home Article Inside Julia Roberts' Relationship History: Who Is She Married to?

Inside Julia Roberts' Relationship History: Who Is She Married to? 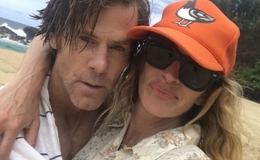 Does the brilliant Julia Roberts even require an introduction? The recipient of an Oscar, BAFTA, multiple Golden Globes, and the headliner of many blockbusters, enough can't be said about Hollywood's pretty woman. Roberts's stellar career spans three decades and various genres. Julia's ultimate reign in the film industry was sensed early on when a newcomer Roberts bagged her first Oscar nomination for the 1989 comedy-drama Sweet Magnolias.

Julia Fiona Roberts, 54, hails from Smyrna, Georgia. Roberts never intended to become an actor. Call it kismet or an innate inclination as the actress's parents, Betty Lou Bredemus and Walter Grady Roberts, were one-time actors and playwrights, and her siblings, Eric and Lisa, are now accomplished, actors. As exemplary and imposing Julia's career has been, the Oscar winner says it is not the only dream of hers that has come true. For the lovely Roberts, her husband, and children, have brought her equal joy and contentment.

Named the most beautiful woman in the world by People magazine a record five times, Roberts' dating history reveals the almost intimidating power she had on fellow celebrities back in her heyday. The Sweet Magnolias actress has dated many famous men, but in the end, it was camera operator Daniel Moder, with who Roberts saw her future. The Georgia native had suffered one failed marriage before she took a chance with Moder. 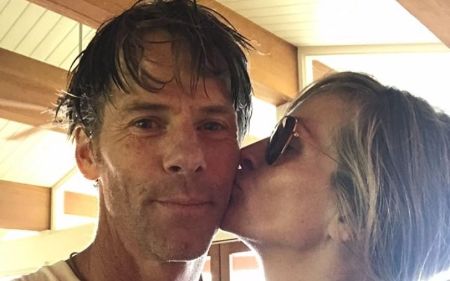 Roberts and Moder met on the sets of the 2001 film The Mexican. SOURCE: Instagram

Not all relationships have the best start, but does it matter if the end is good? Well, Roberts and Moder's relationship hints at so. Both Julia and Daniel were committed to their respective other halves when the two crossed roads in the 2001 film The Mexican. The Golden Globe winner was with actor Benjamin Bratt at the time, and Moder was married to Vera Steimberg. It wasn't long after Moder met the charming Roberts that he filed for divorce from Steinberg.

Because of the eerie timings and prompt divorce filing, it's understandable that the media holds Julia responsible for splitting a married couple. But despite the pile of accusations, Roberts has always claimed to be not guilty. "He sorted his whole thing out, separate and apart from me," Julia said, adding, "and I sorted my life out, separate and apart from him. I think that's the only reason we were able to ultimately fall in love with each other and be together." 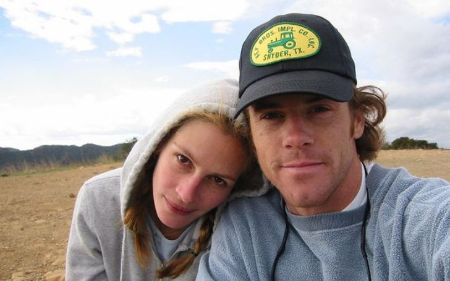 Julia and Daniel tied the knot in a secret ceremony in July 2002. SOURCE: Instagram

A few months after Daniel called it quits with Vera, he and Roberts tied the knot in a secret ceremony at Roberts' 82-acre ranch in Taos, New Mexico, on July 4, 2002. The pair have since become parents of three and have also transcended their relationship to become colleagues. Roberts and Daniel have worked on a number of projects over the years, including The Secret in their Eyes.

"This was a collaboration where I realized that if he hadn't been there, I don't think I could have fashioned together the performance that I wanted to," Roberts said about the film. The pair welcomed their twins Phinnaeus and Hazel in late 2004 and their son Henry in 2007. The twosome celebrated their 20 years of marriage earlier this year in July. "TWENTy #can'tstopsmiling, #can'tstopkissing, Roberts captioned with a snap of the couple locking their lips.

In terms of work, Daniel can't compare to his Academy-winning wife, but the camera operator is surely doing something right to keep a woman as successful as Roberts, still smitten in love after twenty years. "Every day my husband walks in the door, it's like a recurring dream," Julia said in an interview. "I'm like, 'Ah, he's back," Roberts says about Moder, who has been her shelter from the storm for decades. 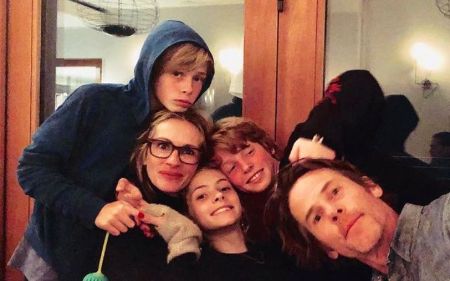 Moder, 53, is a Cinematographer and camera operator. Daniel's job may not incur him the status of that of actors or the massive fanbase they achieve, but that does not make Moder or any other behind-the-scenes worker's credits any less stellar. Moder's resume includes some excellent movies, including Secret in Their Eyes, The Mexican, Fireflies in the Garden, and The Normal Heart, for which he bagged an Emmy nomination.

The Pretty Woman alum is in a low-profile marriage with Moder, although she raves about Daniel as a husband and a father every chance she gets. As Roberts appears as content as she can be with her life with the camera operator, we can't help but presume that it was everything she ever wanted from her personal life. The actress's relationship history includes some high-profile romances and some brief affairs. 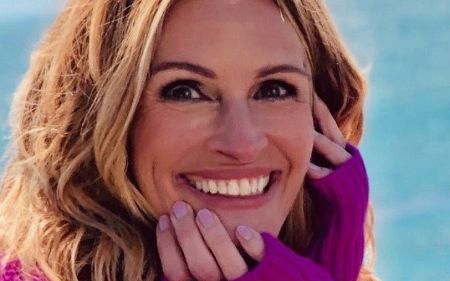 At the start of her career, Julia dated her Taken co-star Liam Neeson for about a year. The pair even shared living space for a brief time before calling it to quit in 1988. In a very rebound relationship fashion, Roberts moved on to her Steel Magnolias co-star Dylan McDermott the same year. The two dated for nearly two years, and the couple was reportedly engaged during the whole period.

Perry reveals that he dumped Roberts!

After McDermott, Julia dated and got engaged to actor Kiefer Sutherland in 1990 but called off their anticipated wedding just days before the scheduled date. The Runaway Bride actress would next Jason Patric and delve into a brief marriage with country singer Lyle Lovett in 1993. Following her split from Lovett in 1995, Roberts famously dated Friends star Matthew Perry, who recently revealed the reason they split up.