Home Article 'Justified' actor Ryan Dorsey and 'Glee' actress Naya Rivera split after two and half years of marriage: Couple has a son together

'Justified' actor Ryan Dorsey and 'Glee' actress Naya Rivera split after two and half years of marriage: Couple has a son together 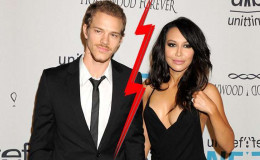 Glee actress Naya Rivera divorced husband Ryan Dorsey in 2016. The couple together have a child. Naya had an abortion before marrying Ryan Dorsey, living happily with son.

News flash guys! A new couple has just registered their names in the splitsville as they decided to part ways ending the two and half years of marriage.

The couple is our very own favorite Ryan Dorsey and Naya Rivera!!

Naya Rivera, the gorgeous actress famous for portraying the role of Santana Lopez on Fox's musical comedy TV series Glee, married Parks and Recreation actor Ryan Dorsey back in 2014 but now the pair has split breaking hearts of millions of fans.

So let's get down to it and find out how the happy marriage landed up on controversial divorce.

The hot and sexy 30-year-old actress Naya Rivera was on cloud nine when she walked down the aisle and exchanged vows with the handsome and gorgeous American actor Ryan Dorsey. 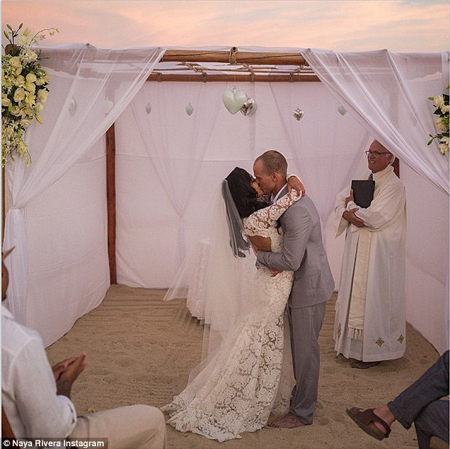 The couple started seeing each other in 2014 before getting married. However, sources report that the pair had already spent a fair share of quality time and experienced full on romance four years earlier in 2010.

However, sources report that the pair had already spent a fair share of quality time and experienced full on romance four years earlier in 2010. 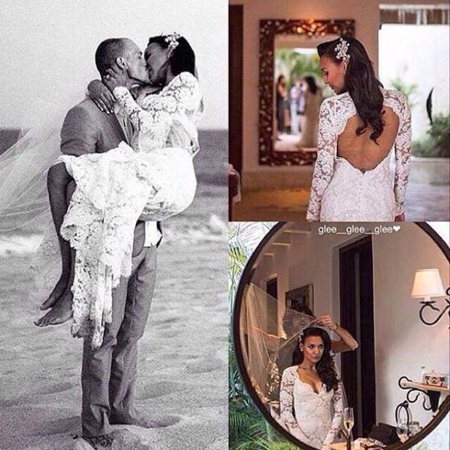 So, when Naya called off her engagement with then-boyfriend Big Sean in 2013, she rushed back to her long lost lover, Ryan and began dating.

After dating for a couple of months, the amazing pair got married organizing this fairy tale wedding in Cabo San Lucas, Mexico on July 19, 2014.

However, this fair tale saw it's horrible end when Naya filed for a divorce from husband Ryan after two years in November of 2016. 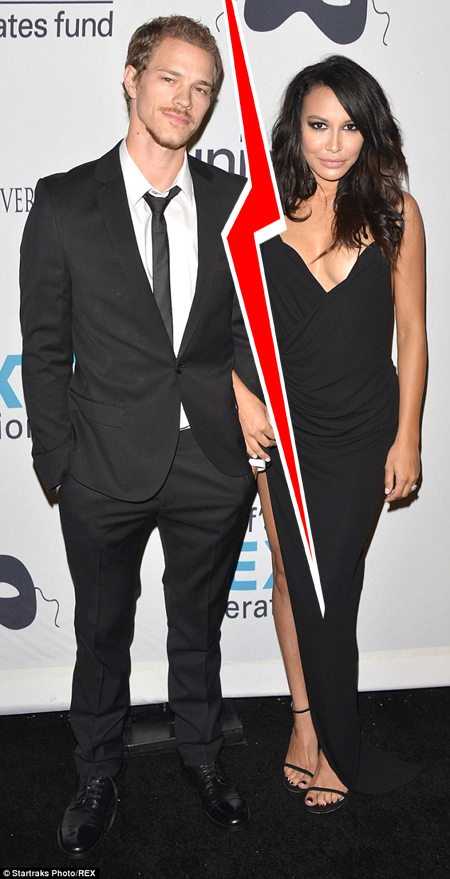 The then couple Ryan and Naya

"After much consideration, we have made the decision to end our marriage. We ask for respect and privacy for our family during this difficult time.”

The divorce was finalized at the end of 2016 and now the pair is officially divorced and has moved on with their lives.

I know this paparazzi must be thinking, "do something more interesting than ALWAYS be at a grocery store!" #momlife #nowiknowwhymomsarealwaysatvons #superexciting #shecutetho

Naya used to wear her $100,000 diamond engagement ring before but now she only wears her wedding band on, indicating that she's no longer the wife of Ryan.

Ryan and Naya have a son together: Naya aborted their child back in 2010

Rivera and Dorsey were blessed with an adorable son who was born on September 17, 2015.

They named their son Josey Hollis Dorsey and the couple was very happy welcoming a new member to their family. 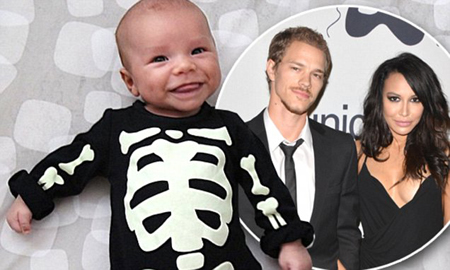 However, now after the divorce, this beautiful family of three is on the verge of losing their happiness and togetherness.

you to the moon and back. #Vday

In an interview with People, the pair made a statement quoting that they've decided to opt for co-parenting. Naya quoted:

"Our priority is and always will be our beautiful son that we share together. We will continue to be great co-parenting partners for him and do everything that is best for our son"

As for now, Naya is super busy as a full-time mom. She even claimed for primary physical custody of their son with visitation rights for Dorsey which was later granted to her.

She spends almost every moment of her day with her son and posts adorable pictures of them mother-son duo, leaving fan just Awwwwwh!

Thanks for having me yesterday @myjoolz Can't wait to rock Josey in this sleek stroller, & love that you guys plant a tree for every stroller sold in the #Joolz birth forest in Colombia! #myJoolz #positivedesign

Until next year Christmas! #nailedit #joseytakeschristmas

As we've already told you that Naya and Ryan dated back in 2010, Naya revealed in her memoir, Sorry Not Sorry, that she was pregnant with the child of Ryan that time and she aborted the baby following their split without informing the father, Ryan.

Guess what?! The audio book version of #sorrynotsorry is out Oct. 11th! It's available for pre-order now and most importantly it's read by yours truly!

Knowing this, Ryan reacted in the most unexpected way. He said the much kindest thing to the Glee star that melted her heart. On a reality show, The Real, Rivera quoted:

"When I made that decision, I made it by myself, as I feel is the case for a lot of women, and I did not share it with Ryan at the time.

But when he found out, he understood it and said the most kindest thing that made me love him more"

The Glee starlet discovered she was pregnant weeks after breaking up with the actor and decided to terminate it so she could concentrate on her career.

Well, now the gorgeous actress doing pretty well as a working mom and working for several TV series such as American Dad! and Mad Families.

We wish her best wishes in her future endeavors and hope she finds her soul mate soon.