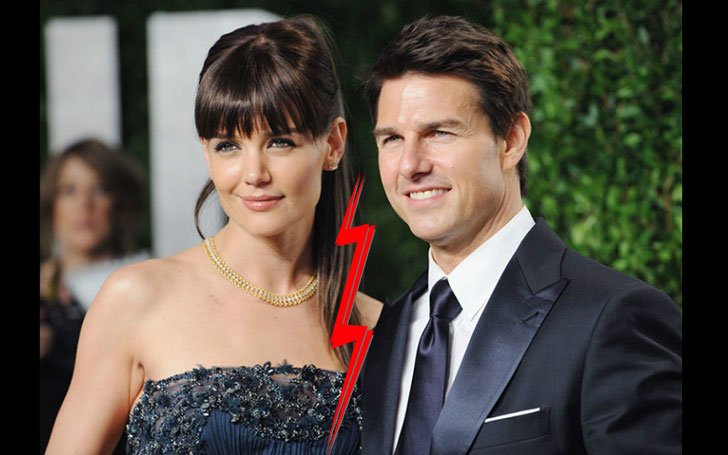 Katie Holmes and her daughter Suri were seen wearing no makeup at the refugee camp and made art with refugees in Greece.

Katie Holmes and her daughter Suri Cruise just returned from a humanitarian trip to Greece! 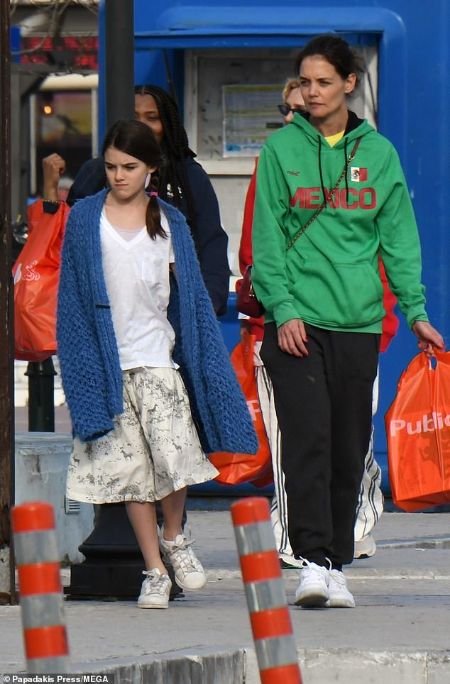 Katie wore no make-up as she visited the camp with her daughter Suri.
SOURCE: Daily Mail

Holmes, who recently made headlines following the rumor of her split from Jamie Foxx, was seen arriving at the island of Lesbos last weekend.

Recommended: Jamie Foxx Left ESPN Studio And Walked Away After The Host Asked Him About His Alleged Relationship With Katie Holmes. Get All The Details Here

On Thursday, the actress appeared with her daughter at the Moria Refugee Camp. The 40-year-old actress wore no make-up but still looked gorgeous with 'Artolution T-shirt' when she arrived at the camp.

Well, the still-beautiful actress and her kid together made perfect memories at the camp. There, 'Batman Begins' actress and her cute-love Suri did make some art with refugees based there.

Subsequently, the kind-hearted woman Katie didn't back off to flaunt her delightful work among her fans. Two days ago she gave thanks on her Instagram page, to all the partners and team who helped her make the trip successful. 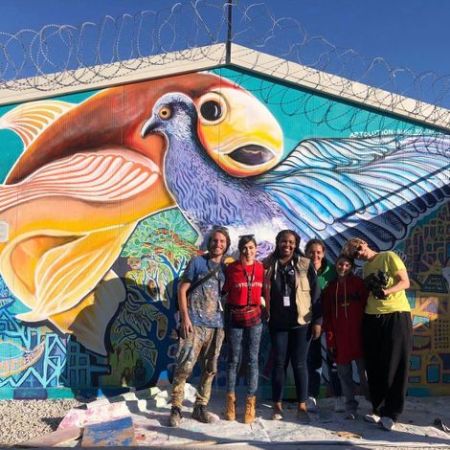 Tom Cruise ex-wife Katie Holmes and her daughter made arts at the refugee camp in Greece.
SOURCE: Instagram

Posting a picture of some happy faces, she wrote;

"I am so grateful for this experience of working with and getting to know these incredible women in #moriarefugeecamp their hearts are so kind."

Also, she did post some other snaps, captured during her time in the refugee camp which are proof that she really had fun there.

This is just one of a million ways of Katie, pouring down rain from her generous heart in this beautiful garden. Well, back in time, she had set up a lemonade stand at 2018 New York City's pride parade held in the month of June. So-sweet!

One of the eyewitnesses, to capture the moment, admitted;

"She was super sweet and would go up to people to see if they wanted to buy stuff."

Also, the witness added that 'her lemonade was $2 each for either pink or regular. She was also selling cookies and Fruity Pebbles bars.' 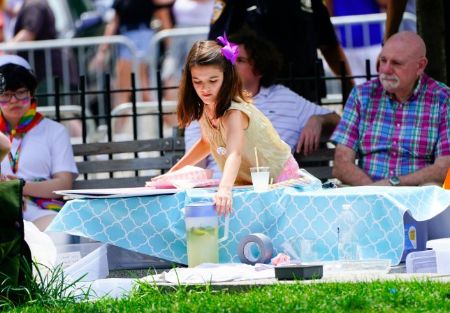 Moreover, she noted that while Katie was busy selling her tastes to the participants over there, her daughter Suri Cruise and her friends helped decorate posters for their lemonade stand, one of which read, "Take pride in being who you are."