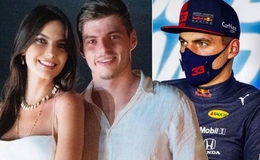 The Brazilian model Kelly Piquet is dating his longer-term boyfriend, Max Verstappen, for years now. But, since it's been over a year since they started dating, is there a chance to hear wedding bells for this couple anytime soon?

The daughter of three times F1 champion Nelson Piquet, Kelly Piquet, enjoys a lovely affair with her boyfriend Maxx Verstappen. The F1 Redbull star made their relationship official by posting a picture of the couple on the beach where they could be seen celebrating the new year together. 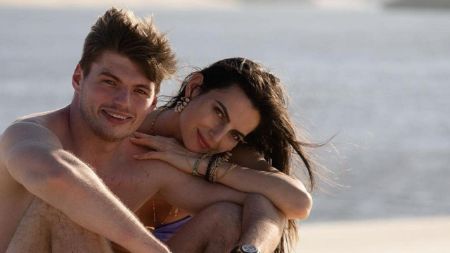 In addition, Kelly also took over Instagram with the couple picture with the dedicated sweet caption to her partner Max"Love is what makes world go round. Happy new year and much love". Not to mention, Max broke up with his ex-girlfriend Dilara Sanlik in 2020 to get close to Kelly.

As a matter of fact, Kelly only came romantically closer with Max Verstappen after a split from Daniil Kvyatt. The model dated Kvyatt from August 2016 to December 2019 for nearly three years. From that relationship, she gave birth to a beautiful daughter named Penelope Kvyatt on 27 July 2019. After the separation, Piquet took full responsibility for her daughter as a single mother. 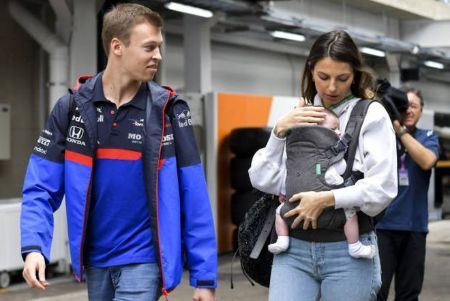 On the other hand, Daniil Kvyat's career went downhill after he lost his Redbull's seat to rival Max, who later dated his ex-girlfriend Kelly. The fans also came out cruel on Twitter and criticized Kelly as the snakiest thing as the columnist ditched former Russian champion for a rising 9 years younger star.

Prior to meeting Max & Daniil, Kelly Piquet had a relationship with two guys. The columnist dated Beto Pachecho from 2014 to 2016 and Antonio Pedro Marcondes Ferraz in April 2011, with whom she was engaged in 2012 before splitting in 2013.

1.81m tall  Verstappen, after his win at Monaco GP, celebrated with some PDA with his 32-year-old girlfriend. After the victory, the winner stepped out of his car, and Piquet embraced and kissed him in front of everyone. Since their relationship is going very smoothly, it won't be surprising if the lovebirds soon take their relationship to the next level with marriage.

Check out the video of Max Verstappen and Kelly Piquet kiss after Max's Monaco GP Win.

All in all, after previous failed relationships, both Max and Kelly moved on & are happy with each other. Further, Kelly is supporting her partner in all his races as a pretty cheerleader. Max has accumulated $60 million despite the young age, mostly from brand endorsement deals and tournament prizes.

The world applauds him for his generous deeds as well. The Dutch racer also participated in charity football events & some Red-Bull-sponsored charity events.

For news and articles, stay updated with Married Wiki.