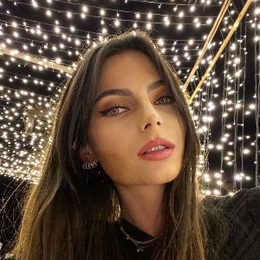 Kelly Piquet is a Brazilian model and columnist. However, she is best known for her relationships with F1 motor racers Daniil Kvyatt and Max Verstappen.

The Formula One fans must be familiar with Max Verstappen's records & accolades with the Redbull racing team. But today, let's discover about his stunning Brazilian model, girlfriend Kelly Piquet.

Well, after ending three years-long relationships with Daniil Kvyat, Kelly came romantically closer to Max Verstappen in October 2020. Kelly in January also posted a picture of her and beau Max with a caption exaggerating their love.  Likewise, Max also shared a couple's picture of enjoying a holiday on the beach in Dubai. There, he confirmed their relationship while also wishing everyone a new year. 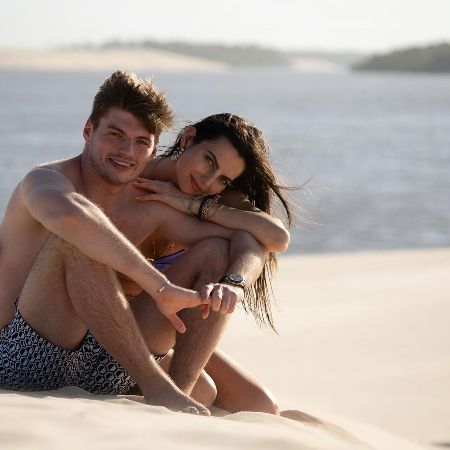 In fact, their romance is going very strong. Moreover, Max takes care of his partner's daughter as his own too. At present, there have hardly been in any moments which can trigger their break up. Previously, Kelly was linked to Daniil Kvyat, Antonio Pedro Marcondes Ferraz, and Beto Pacheco before meeting Max. 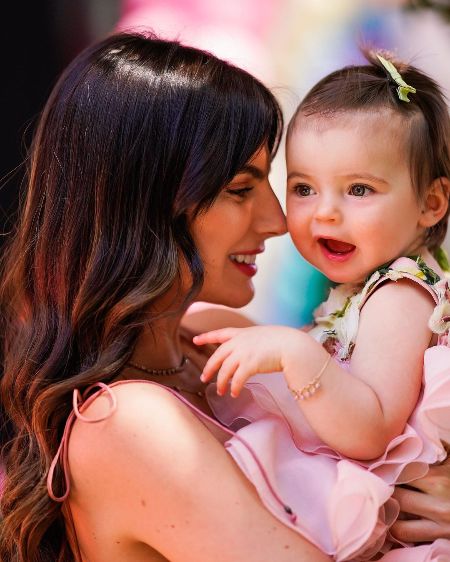 A picture of Kelly Piquet and her daughter Penelope Kvyat. SOURCE: Instagram(kellypiquet)

On the other hand, F1 fans often criticize Kelly on Twitter for her current affair. They allege Kelly's behavior as the snakiest thing for dating Max, who is 10 years old younger. But, Kelly and Max are so deeply in love, they are not bothered by the hatred and debate.

The Brazilian beauty Kelly Piquet first came to the spotlight after sharing an intimate relationship with her ex-boyfriend Daniil Kvyat. The love affairs, in fact, began in August 2016. As for Daniil, he is a Russian F1 driver. But as for 2021, he lost the seat on the F1 racing team and is a reserve driver for Alpine. 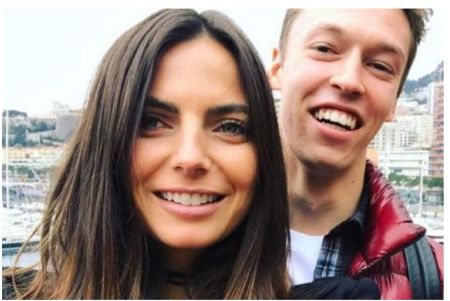 Together with her former partner Kvyat, Kelly also shares a beautiful daughter named Penelope Kvyat, born in July 2019. In December of the same year, before Christmas, they parted ways. However, the reason for the break-up is unclear. It might be because of infidelity or misunderstanding between Kelly and Daniil.

Well, Kelly hasn't spoken about Daniil in public. It seems like both have moved on with their life. At present, Kelly has found her new love aka Max Verstappen. But, Daniil, on the other hand, is reportedly single without a girlfriend.

Since her young age, Kelly Piquet has always had a dream of being a reknowned model. With luck by her side, she began to model and catwalk in fashion shows and for Bergdorf Goodman and PaBO.

Watch the video of Kelly Piquet and Max Verstappen having some fun together while racing at the circuit.

In addition, the 32 years old is also a columnist for popular fashion magazine Marie Claire and covers Formula E media. From her profession, Piquet earns a handsome fortune of no less than $62,000 annually.

Likewise, her boyfriend Max, who is also the no.1 motor racing driver, receives a paycheck of $25 million a year. Meanwhile, his networth is estimated to be $60 million which Max collected from sponsorships' deals, bonuses, and races. Verstappen also owns a private jet Mavic Aviation Falcon 900EX, valued at $16 million- $19 million. With such a staggering bank balance, there's nothing Kelly and Max have to worry about financially.

Penelope Kvyat is the daughter of Kelly Piquet with her ex-boyfriend Daniil Kvyat, born in July 2019