Home Article Kim Kardashian Speaks Out On Tristan Thompson Cheating On Khloe Kardashian; "It's So F--ked Up"

Kim Kardashian Speaks Out On Tristan Thompson Cheating On Khloe Kardashian; "It's So F--ked Up" 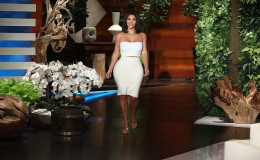 Kim Kardashian speaks out regarding Tristan Thompson Infidelity on Khloe Kardashian; She spoke up during an interview on the Ellen DeGeneres show earlier today; Khloe recently welcomed her first child with Tristan; Also, see..

Kim Kardashian finally speaks up on the matter of Tristan Thompson cheating on her sister, Khloe Kardashian, in the Ellen DeGeneres show.

The elder sister of Khloe Kardashian has finally spoken about the cheating scandal that's been going on around the Kardashian house.

As we all know, Tristan Thompson, beau of Khloe and the father of their daughter, True Thompson reportedly cheated on her all the while when she was going through pregnancy.

The news shocked and upset their fans. And just when everything couldn't have become more complicated, Kim Kardashian, during her interview with Ellen DeGeneres, gave her thoughts on the matter. 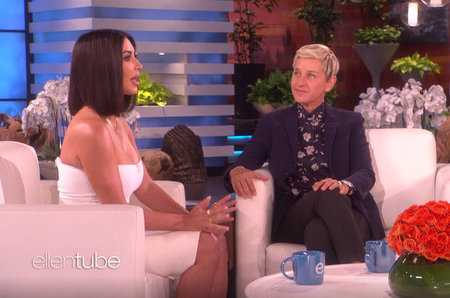 Kim Kardashian talking during an interview session at the Ellen Show
Source: Billboard

In the Ellen DeGeneres show, The Keeping Up With The Kardashian star stated how things have been confusing for the past few weeks. In the recent episode of the show, she stated,

"Like I don't even know how to describe it besides it's just so f--ked up."

Well, looks like she has had enough and her language states her mood. Speaking about how her sister Khloe is coping up with the situation, she further added,

"We really were rooting for Khloe, and we still are...you know, she's so strong and she's doing the best that she can. It's a really sad situation all over."

The whole Kardashian family is staying rather positive. According to some sources, the new mom is totally in love with her daughter and is remaining positive just for the sake of her child.

Sources also claim she still has not given up on Tristan. She definitely would want to have all the support from him at this time. The couple who is dating each other since 2016, welcomed True earlier this month.

Khloe went into labor for several hours. Tristan also visited the hospital soon after the birth of their daughter.