Kim Sears has given birth to her second daughter early this November. Kim and Andy Murray who married in April 2015 are already parents to baby Sophia.

British Arthur Kim Sears gave birth to her second daughter early this November. Kim and her husband Andy Murray who married in April 2015 are already the parents of a baby girl Sophia.

Andy, 30, who is currently ranked world's no. 16 in men's singles, is an accomplished tennis player winning two golds in Olympic game. Let us congratulate the couple on their new baby and know more about their married life here!!

The Wimbledon and US Open-winning player and Kim tied the knot in the groom's hometown of Dunblane in front of their family and friends on 11 April 2015.

Both the couple looked gorgeous happy while walking down the aisle. 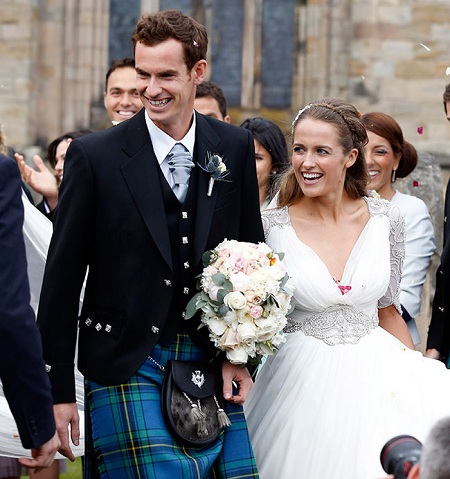 Friends and family crowded around as Mr. and Mrs. Murray left the cathedral
Source: Hello Magazine

The couple is indeed an icon of true love and affection. Kim was just 17-year-old when she met Murray in 2005. Sources say that Sear's father has a key role introducing the pair. 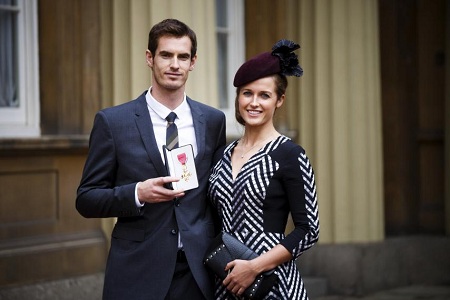 Andy and Kim; Made for each other
Source: News

The two began dating and announced their relationship after Murray won his first tournament in 2006. "Every relationship goes through a struggle, but only strong relationships get through it." Similarly, the duo also had to face several ups and down including their short break up in 2006, but they reconciled their romance in 2007.

The couple who already have a one-year-old daughter, Sophia, became parents for the second time. They announced that they were expecting their second child back in July this year.

Andy revealed with The Sun,

They welcomed a baby girl early this month, but the name of the newborn is still kept in private. Let's congratulate the duo for their new baby and a successful married life!