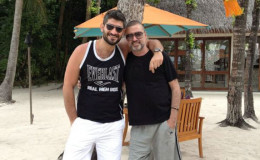 George Michael most popular for his hit songs and sexuality had a romantic life with Brazilian designer Anselmo Feleppa. Though George died untimely, his songs are always immortal in our heart and memory.

The late Grammy award winning star ‘George Michael’ had a love relationship with Fadi Fawaz till the last days of his life.

Recently, Fadi Fawaz is been kicked out of the star’s Regent’s Park home worth £5 million by the star's family to sell the asset in the market.

Fadi Fawaz dismissed from the assets

Fadi has currently been evicted from the star’s £5 million Regent’s Park home by Michael’s family. 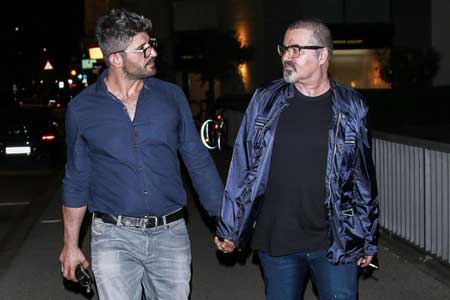 Fadi Fawaz and late George Michael while they were together, Source: The Sun

The Australian photographer found Michael dead early morning on Christmas Day in 2016. Since then Fadi was living there.

Sources claimed that Fawaz will be notified soon about the decision after putting the building in the market.

Michael’s relatives repeatedly wanted to sell the residence since it held bad memories that they wanted to erase just because it is the same place where Michael used to drink and take drugs most often. 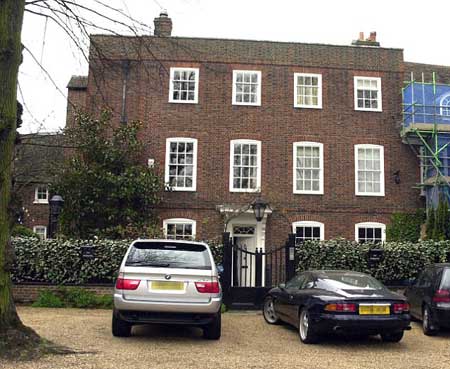 George’s family will also put the riverside Oxfordshire estate on sale. “It is also obviously the place he was found dead so no one wants to take it on as a home.” 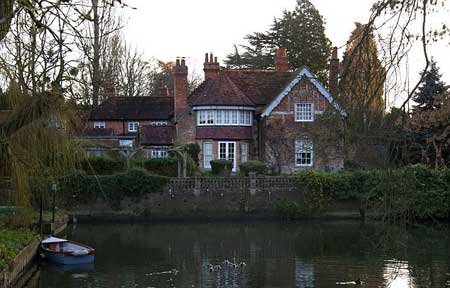 However, they have already planned to rent his £11 million home in Highgate, north London for £25000 a month.

“Fadi will be so sad as he loves the Regent’s Park house and it holds so many fond memories spent there with George.”

“But although the news is devastating he won’t want to make any issue of it with George’s family if that’s what they decide to do.”

His sisters Melanie and Yioda have reportedly changed the locks of Highgate and Goring-on-Thames, Oxfordshire just to secure his valuable assets.

According to the Sun,

“His family, led by his sisters Melanie and Yioda, are moving quickly to sort everything out. They are clinging on to the Highgate home as it holds memories ‘of happier times’"

Fawaz was not invited to the funeral of the star by his family. He was also told by the police to stay away from the investigation early this month.

Past affairs of George Michael

Prior to Fawaz, Michael had the long lists of lovers. He was in a relationship with Pat Fernandez (1983-1984) for a short duration. 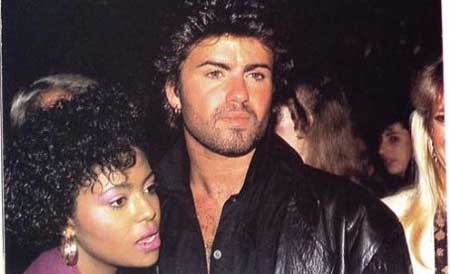 Then, he got linked up with Brooke Shields in 1985 for a limited time. 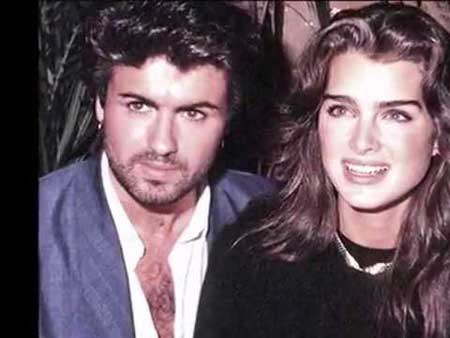 Similarly, Chinese-American make-up artist Kathy Jeung and Michal were connected to each other before he revealed about his sexuality.

She had even appeared in his most controversial video ‘I want your sex’. 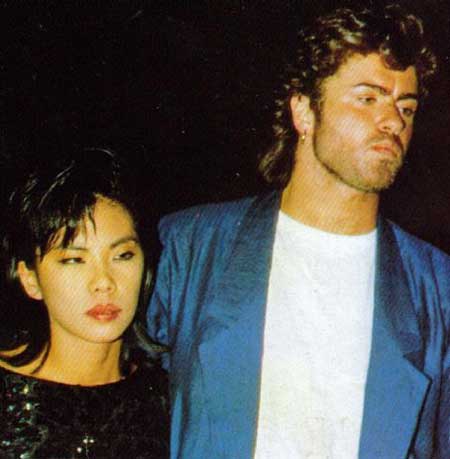 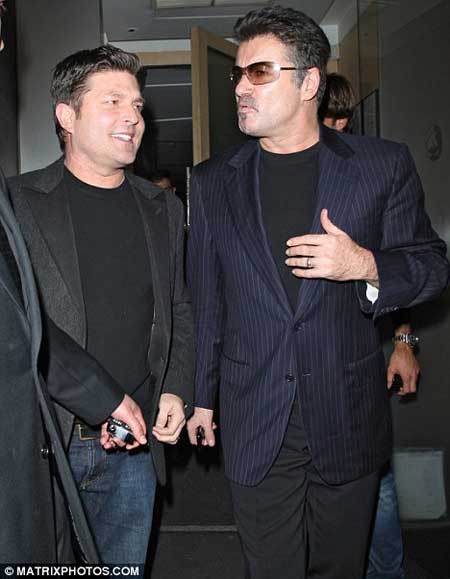 Kenneth and George in an event,  Source: daily mail

After the divorce, he found his love Fawaz and George even spent some of his quality time with Fadi Fawaz after recovering from a serious battle with pneumonia. 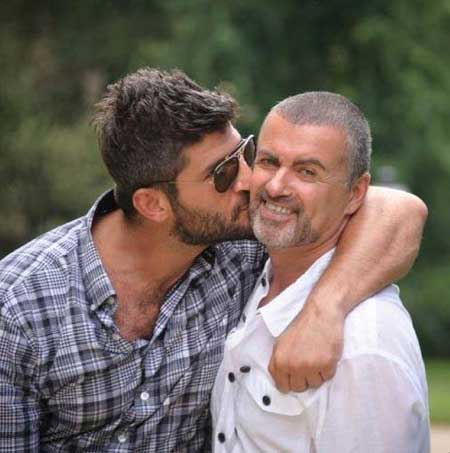 Though Michael had several lovers in his life but one partner whom he truly loved is Anselmo Feleppa. He was in a great dilemma about his sexuality till he fell in love with a man.

He used to sleep with a number of women but never fell in love and drove with the emotions. He shared about his feelings for men for the first time to his childhood friend Andreas Georgiou. 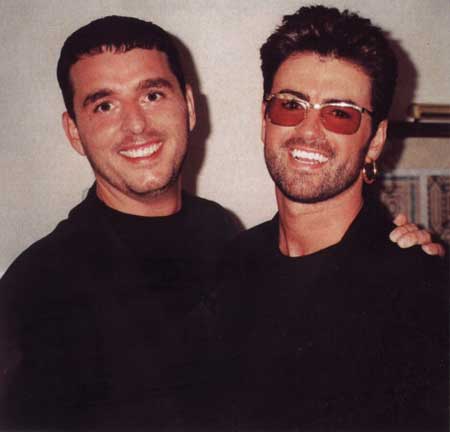 He felt the amazing feeling of love until he met the handsome Brazilian designer, Anselmo Feleppa. 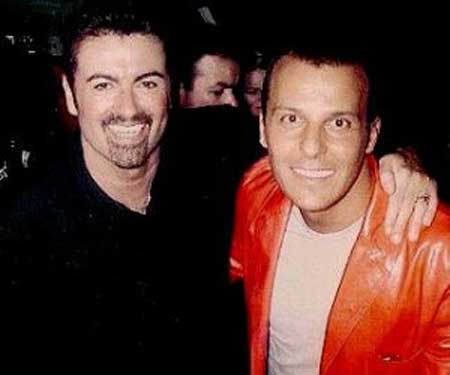 Michael told The Huffington Post in 2009 identifying his love Anselmo Feleppa, a Brazilian designer, in the crowd at one of his concerts.

“He was so distracting I actually avoided that end of the stage".

Soon after the moment George met Anselmo backstage and fell for each other.

“He was the first person I had ever loved, and I discovered he loved me too.”

The couple admired each other deep and hard, instantaneously in 1993.

But then –six months of their relationship Anselmo went to Brazil where he was diagnosed with HIV positive. This news smashed the heart of “Careless Whisper” hitmaker, George into pieces.

He couldn't even share his grief with his family members since they were unaware of his sexuality.

Feleppa’s death caused Michael to suffer an emotional tragedy that dragged him into a state of depression, which he described as “a deep black hole".

George performing at @wembleystadium for the Nelson Mandela 70th Birthday Tribute on June 11, 1986

George wrote his single “Jesus to a child” as a memorial to his lost lover which was one of his biggest hits. He said:

“Not to put a dedication to him would be ludicrous because so much of it was about him. Bereavement tinges the whole album. It had to be in everything I wrote at the time because I write directly about what has happened to me. But that period is over.”

Demise of the great singer

The singer of “I Want Your Sex,” “Freedom,” and “Faith,” had a plan to celebrate Christmas in fantasy with his lover but his aspiration was never fulfilled.

On 25th December 2016, Michael was found dead by Fadi Fawaz in his own apartment at the age of 53. According to his manager, Michael Lippman, ‘heart failure’ was the cause of his death. 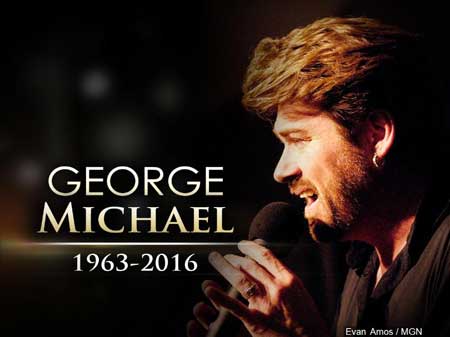 A post-mortem was attempted to identify the actual cause of death but was inconclusive.

Fawaz told the police that they enjoyed the Christmas Eve together, but fell asleep in his own car. Next day, Fawad realized that Michael was dead when he woke him up the next morning.

A leaked 999 call disclosed that the victim tried his best to address Fawaz before calling emergency services.

Millions of his fans were shattered because of his untimely demise. Though Michael is not around us but his soulful songs makes him immortal in our heart and memory forever.

We pray his soul to rest in peace in heaven.