Home Article Amazon Founder Jeff Bezos Married To Wife Since 1993. The Couple Live Together With Their Four Children At Their Residence in Seattle

Amazon Founder Jeff Bezos Married To Wife Since 1993. The Couple Live Together With Their Four Children At Their Residence in Seattle 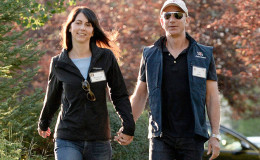 Amazon Founder Jeff Bezos Married To Wife Since 1993. The Couple Live Together With Their Four Children At Their Residence in Seattle

There are many examples of couples who stick together during good and bad times. For a billionaire like Jeff Bezos, it's no big deal to date any big Hollywood actress he wants.

But in the end, he married that one person whom he bonds with most, his wife MacKenzie Bezos. He's currently the third richest person in the world and all the credit goes to his wife of 24-years.

Today, let's take a moment from our lives and know how the couple first met, how do they fall in love and eventually stuck with one another for so long?

Jeff Bezos, an American industrialist and fouder of Amazon is in a romantic relationship with girlfriend, Lauren Sanchez since the mid-2019. On top of that, the duo has even spent some romantic date nights in New York City.

After ending 25 years of marital relationship with ex-wife MacKenzie Bezos in January 2019, he began kindling romance with Michael Sanchez's siter from April of 2019. It's not the first time for either of the pair, cause they have both been through the bitter marital affairs in life and shared children with their partners.

As of April 2020, Jeff, being the world's wealthiest man he shares the most expensive house with Lauren in Los Angeles which is worth £134 million. He has been on a spending spree, adding a £16 million New York flat to his real estate empire. Jeff and Laure has been together for more than a year now.

Money is the only thing in the world that everyone works for. At the end of the day, if there's Franklin in your pocket then you're set otherwise it'll be difficult. 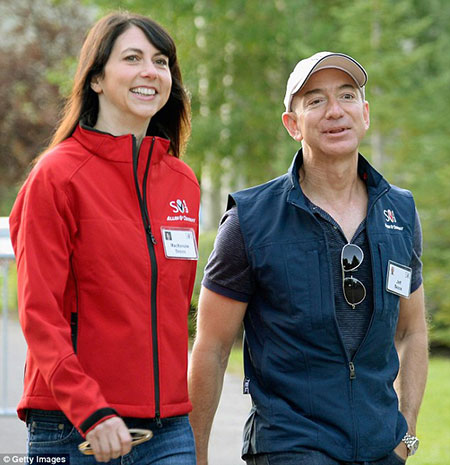 Jeff and MacKenzie Are Married For 24-years.
Source: Daily Mail

As Jeff's business started to boom at a rapid rate, he raked in so much cash that it became a real mess to deal with. But his wife helped him stay grounded and not let money get to his head.

After becoming the vice-president of an investment D.E. Shaw in early 1990s, the 53-years-old Amazon.com founder interviewed a female for a particular job and that's when Jeff and MacKenzie first met.

During an interview to the Vogue magazine, Mac revealed how she first fell in love with him. She stated,

“My office was next door to his, and all day long I listened to that fabulous laugh. How could you not fall in love with that laugh?”

Well, looks like Jeff's laugh is one of a prominent feature, not to mention his social skills, that makes him an exception from the crowd. 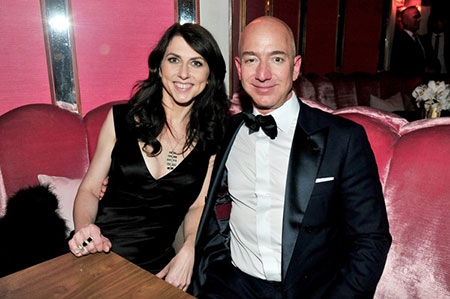 Jeff met his wife while both of them worked for the same organization, Source: Not Just Rich

Subsequently, three months later, the pair started going out and got engaged. They tied the knot in 1993 in a private nuptial ceremony.

His wife is not your ordinary housewife as she's a big novelist and has written numerous novels. Her famous works include The Testing of Luther Albright and Traps. 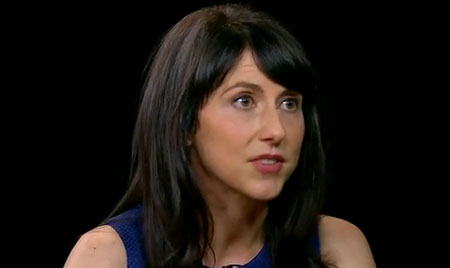 MacKenzie currently runs her own organization against bully, Source: Not Just Rich

Whenever we're talking about a billionaire businessman, people usually thinks about their children's lavish lifestyle. Although, it's obvious that they don't live like rest of the 99 % of world population. 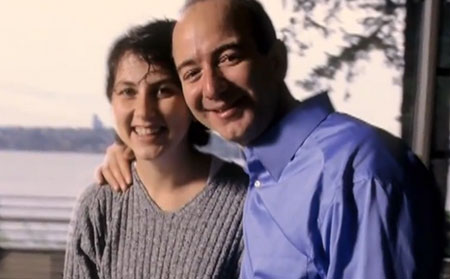 The couple is a proud parent of their four children, Source: Zimbio

The pair children are no different. The couple is a big fan of keeping their children out of the limelight and that's why they haven't disclosed any information about them.

Jeff's pretty loud about his business tactics but not as loud for a personal life. Apart from the fact that he's a father of four children, three boys and one girl, ranging in age from 12-16 years, nobody knows anything.

The couple alongside their four children lives at their residence in Seattle, Washington.We wish that the lovebirds stay like this for many years to come. 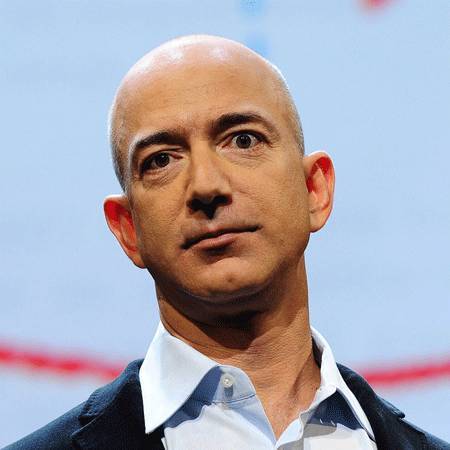 For all the latest gossip from the celeb world, make sure to follow us on- MarriedWiki