Home Article A Relationship With Lots Going On; From Vague Rumors to How It Began; Here's Kylie Jenner And Travis Scott Relationship Timeline

A Relationship With Lots Going On; From Vague Rumors to How It Began; Here's Kylie Jenner And Travis Scott Relationship Timeline 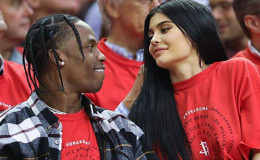 Kylie Jenner and Travis Scott are blessed parents now! The couple who welcomed their first baby girl on 1st February 2018 is celebrating every moment of their relationship being new parents.

Kylie Jenner and Travis Scott are a blessed parent now! The couple who welcomed their first baby girl on 1st February 2018 is celebrating every moment of parenthood.

The Keeping With the Kardashians star came close to her current beau after Jenner split from her on-off boyfriend of four years, Tyga; intending to make her ex-boyfriend jealous of her new love.

For details about the relationship between the two and details on how it all started, scroll down and grab every information.

Jenner and Scott were first spotted together at the Coachella Valley Music and Arts Festival. One source told People that the two were friends 'for a while'.

The two were spotted getting pretty cozy; just weeks after Jenner broke up with her longtime boyfriend Tyga. 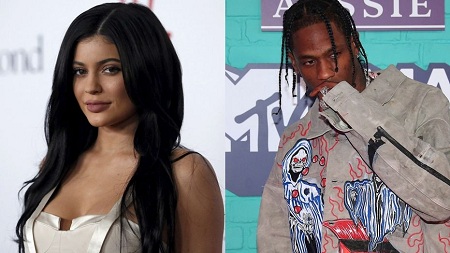 "He immediately gave Kylie a kiss."

Jenner and her rumored boyfriend Scott were spotted together sitting courtside at an NBA playoff game in Houston.

The duo 'definitely looked like a couple as they cuddled up next to each other among her friends' walking hand-in-hand. 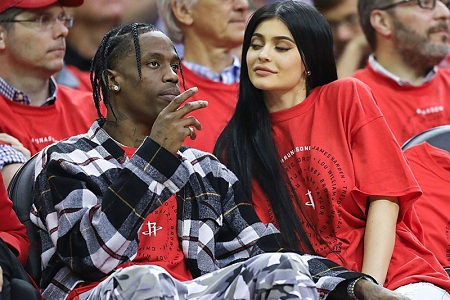 They also spent the weekend together in Boston at the end of April. Sources reported that they were so much into each other. The gorgeous diva also attended Travis's 25th birthday party on 30th April.

Kylie made things Instagram official with the 'Goosebumps' rapper.

She posted a group photo via Instagram with her new boyfriend during the 2017 Met Gala. Travis is seen hiding his face with his own hands.

They were often spotted cuddling and kissing. Well, such reactions definitely appeared to mark the start of their relationship.

They made things extra serious when they showed off their matching butterfly tattoos, with her on her right ankle and his on his left ankle on 12 June.

The two got the matching tattoo soon after Scott released his song 'Butterfly Effect'. Many fans speculated that words on the song definitely explains about Jenner.

Multiple outlets reported that Jenner and Scott were expecting their first child together.

TMZ was first to report the news. They told their close friends and family about their pregnancy at Day N Night Fest in Anaheim California.

As per a report of People, Kylie is due in February.

"The family has known for quite some time. She is REALLY excited and so is Travis!"

Meanwhile, the diva started posting Instagram images wearing an oversized shirt and sometimes a giant coat that made her fans speculate on her pregnancy.

Kylie's fans went crazy when she shared a Snapchat of pink and blue phone cases that captioned,

"Which one? I’m thinking blue."

Still, her blue heart emoji made everyone curious whether she's having a boy.

Jenner and Travis welcomed their first child, a baby girl. The couple, however, kept the news secret for another three days.

She apologized to her fans via Instagram keeping the news secret.

She published an 11-minute long video reporting her pregnancy days leading to the birth of her daughter.

Kylie's friends and family also shared their blessing with messages welcoming the newborn in the world.

Have a look at some of those:

God is SO good!! I am so excited and thrilled to welcome another precious baby girl to our beautiful, ever growing family. We are blessed beyond belief! https://t.co/lFrymHVFTs @KylieJenner

Congratulations My Sweet Kylie! What a magical ride it's been! I'll miss you bumping along with me. Never in a million years did I think we would do this together but it's been that much more special because of it. God is so great!! He had His plan all along! I love you little mama ?? love big mama

Your growth and maturity over this time never failed to amaze me. So excited for this new addition! Wifey 4L ??

The new parents Travis and Kylie were very happy for the blessings.

Kylie finally took Instagram revealing the name of her baby girl, Stormi Webster with an image of the adorable baby.

While leaving a nightclub in L.A., Scott was asked about her newborn on 18 February. He replied, 'She's beautiful.'

Three days after the event Kylie gushed about her baby girl for the first time via Twitter. She disclosed that Stormi "looks just like me when I was a baby."

Shortly after Tyga's break up with Kylie, rumors started to swirl that Kylie was pregnant with his baby. Her absence from the social media made everyone assume about her intention keeping the pregnancy secret.

After long going rumors about Tyga being Stormi's father, he finally stepped forward and stated all the facts about Kylie's pregnancy rumors.

'I’ve never said anything about someone else’s child or family insinuating my involvement, and will never do so. Please, Stop spreading false stories and attacking people’s families. I have nothing to do with any of that. People should be able to live in peace.'

Well, the confession has definitely made everything crystal clear!

Kylie continues to share adorable photos and videos of baby Stormi via Instagram. Here you can see the close up of the baby:

Here's the baby girl with her mother:

Life of Scott and his baby mamma are definitely enjoying every single moment being loving and caring parents.