Home Article Lane Kiffin; Is He Dating someone After Divorcing Wife Layla Kiffin, Know About His Affairs And Relationships

Lane Kiffin; Is He Dating someone After Divorcing Wife Layla Kiffin, Know About His Affairs And Relationships 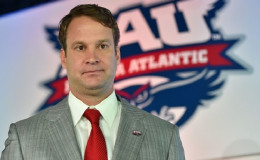 Currently, the head football coach at Florida Atlantic University, Lane Kiffin was once in a huge controversy due to an ugly rumor back in 2015. He was rumored of sleeping with Nick Saban’s daughter, Kristen Saban while he was still married to now-former wife Layla Kiffin.

Lane ended 16 years of marriage with Layla Kiffin in 2016. Well, did the ugly rumor lead them to end their long married life with divorce? Has the football coach moved on? Who is his new girlfriend? We have some exclusive details here.

The 43-year-old Horndog FAU Football Coach Lane Kiffin who was previously married to Layla Kiffin has found a new love. Kiffin seems to have moved on with his life.

Lane is currently romantically linked to realtor Jennifer Dardano. According to Miamiherald, Kiffin and Dardano appeared together on several occasions. Dardano is also a divorcee. She got divorced from plastic surgeon Anthony Dardano. 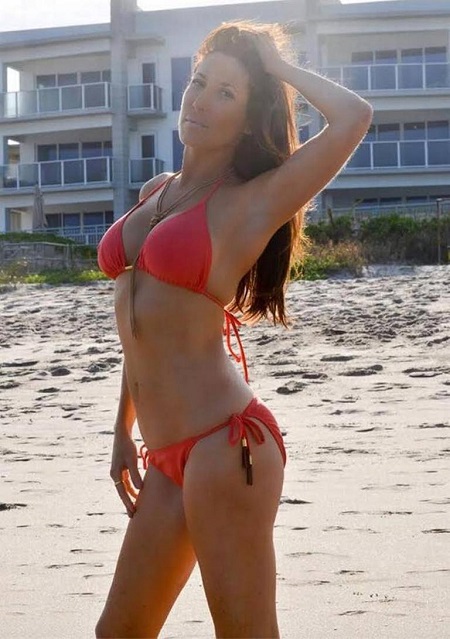 One of the staff at Wishing Well Irish Pub said to the source:

“He arrived with Jennifer, who also comes here often, and they obviously had a connection. They’re definitely into one another.”

American Football Coach met the brunette via mutual friends. When questioned about her relationship with Kiffin, forty-one-year-old brunette beauty replied:

Well, details about their relationship are still in confusion for all of us as both of them have not confirmed anything in mass.

Lane was first introduced to Layla by his dad, Monte who was the team’s defensive coordinator. They first met at Tampa Bay Buccaneers.

At the time, Layla used to serve for the Tampa Bay Buccaneers special events department. Lane decided to settle down after dating his girlfriend Layla for about three years and got engaged. 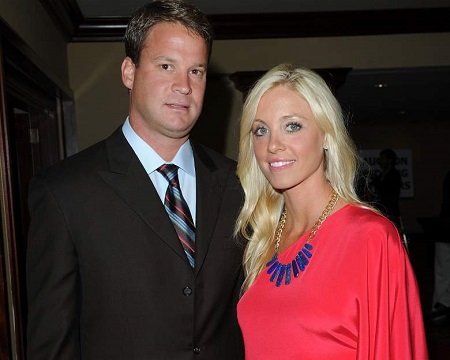 "The receptionist at my office buzzed me and said Lane was here to see me.”

“I thought he was going to say that he was getting out of coaching and wanted a job. Instead he asked if he could marry my daughter. I called her to ask her, ‘Is he serious?’ (laughs) I wasn’t supposed to ruin the surprise. They bought an engagement ring that same day." 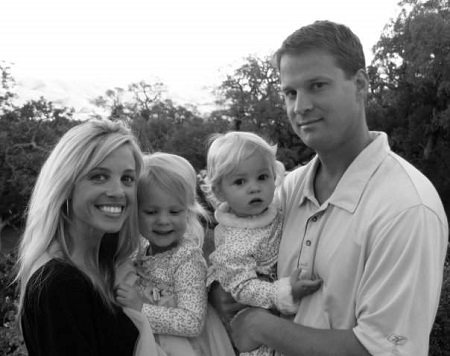 Lane Kiffin and Layla Kiffin with their children
Source: Heavy

Soon after that Lane and Layla tied the knot in 2000. The couple welcomed their first child, Landry Kiffin after five years of their marriage. They share two more children. Their second child, daughter Pressley Kiffin was born in 2007 and third child, son Monte Knox Kiffin was born in 2009.

Unfortunately, the couple separated after 16 years of relationship and announced their separation officially in February 2016. Kayla filed for divorce a month citing irreconcilable differences. Lane said at the time:

"We will maintain an amicable relationship with respect for each other as we raise these three wonderful children,"

The father of three was also engaged in an ugly rumor of sleeping with Nick Saban’s daughter, Kristen Saban while he was still married to wife Layla in 2015.

Though the speculation was never proved, many say that it might be the reason behind the divorce between Lane and Layla. 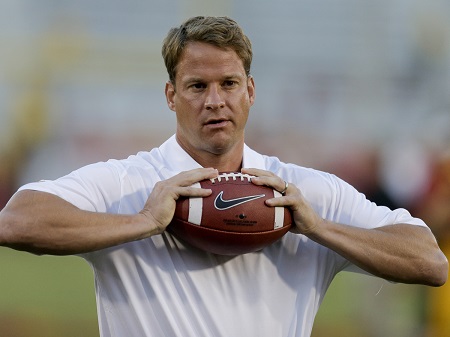