Home Article American Actress Laura Linney A Proud Mother and A Blessed Wife, states 'Having a child later in life has been wonderful: Happily Married To Husband Marc Schauer

American Actress Laura Linney A Proud Mother and A Blessed Wife, states 'Having a child later in life has been wonderful: Happily Married To Husband Marc Schauer 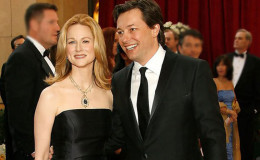 Being a mother in late 40s is though physically unhealthy, it's sometimes a boon for those who long for children and a perfect family. Well, we have the same case in the life of actress Laura Linney. The gorgeous actress became a mother of young Bennett Armistead when she was 49; with husband Marc Schauer and now the family of three is living a blessed life.

The talented actress Linney married the real estate agent, Marc Schauer back in 2009 and despite a failed marriage in her history, the beautiful couple is doing great so far. Are they happily married? Let's find out.

Laura Linney, the 55-year-old actress has much to celebrate in her life. She is one of Hollywood's most endearing stars whose work has always been outstanding and critically acclaimed.

Also See: Is Actress Monica Barbaro Dating a Boyfriend? Know about her Affairs and Dating History

She had happily crossed more than 20 years of her life in Hollywood; still, has much to go ahead. 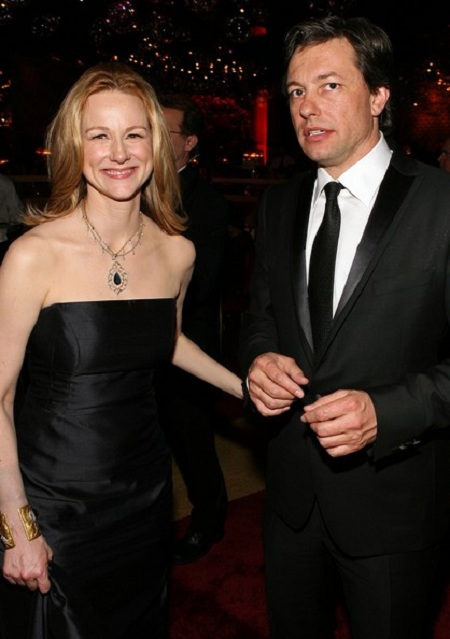 Along with her professional career, her personal life is also going at a perfect pace with a loving and caring husband and a beautiful three-year-old son by her side. Her husband Marc Schauer is a Telluride-based real estate agent.

The couple married in May 2009 after three years of engagement where actor Liam Neeson was the bride's escort at the wedding. 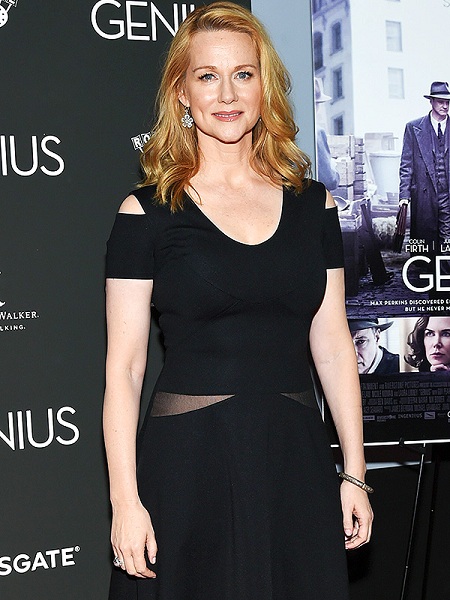 Laura Linney revealed the reason she kept her pregnancy secret during an interview with Kelly Ripa.
Source: Celebrity Babies

The beautiful blonde has maintained a low key in her family life. She even kept her pregnancy news away from her fans and media.

The Crucible actress gave birth to her first child, Bennett Armistead on 8 January 2014 when she was 49 years of age.

Two and half year later she welcomed her baby boy, she revealed the reason why she tried to keep things behind the curtain.

During her appearance on Live with Kelly, she explained that she wanted to make sure her baby is fit and fine. She explained,

"I was an older mother-to-be, and it had taken me a very, very long time to have a child. so I wanted to make sure that my child actually arrived, and was safe and healthy."

The Emmy winning actress also stated that her son Bennet is doing 'great'.

Well, we wish to see Linney living a blessed life with her husband and son.

Linney was previously married to David Adkins in 1995. Adkins is an American actor known for his roles in Oscar Wilde's An Ideal Husband and The Thomas Crown Affair.

As per some sources, the two first met at Juilliard School. They dated for some years and later got married in 1995. 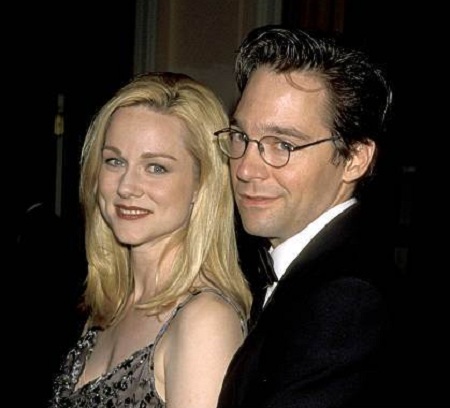 They happily resided together on the East Side for five long years. The pair, however, couldn't sustain their marriage for long and ultimately decided to separate.

Get To Know More: Canadian Actor Brendan Penny; Know All The Details About His Married Life and Children

After five years of marriage, they finally parted ways with an official divorce in 2000. News about their divorce was made public in 2001. 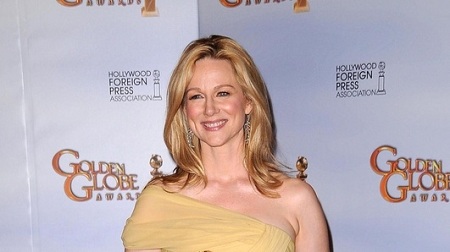