Lele Pons Reportedly Dating Juanpa Zurita; How Much Does The Rumors Hold True? 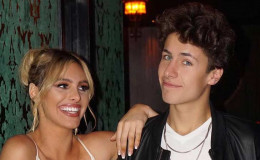 One of the most influential personality on YouTube Lele Pons, once a Vine star is rising to fame these days. She has achieved the best in her career and no doubt, millions of her fans want to take her on a date.

So, if you guys wanna know whether she's single or dating someone, scroll down and grab all the info!!!

Pons has long been rumored to be dating Juanpa Zurita as they are spotted many times hanging around together. They are often spotted sharing a passionate kiss in public.

The couple's dating rumors started earlier in 2017 when Zurita kissed Pons on stage while hosting the MTV Millennial Awards in Mexico City. Still, they remained silent about their dating, their cozy Instagram posts spoke every story. 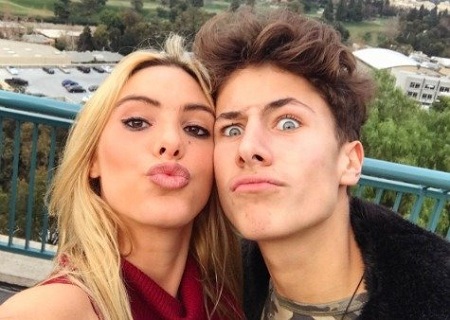 Everyone thought that the two are in a relationship but Lele made things clear that they are just close friends.

Though Pons denied the speculations, the couple never misses entertaining their fans with their recent Instagram images. Here you can see Pons wishing him a 'Happy Birthday.'

She shared an amazing picture of the two via Instagram that captioned:

"HAPPY BIRTHDAY TO ONE OF THE MOST IMPORTANT PEOPLE IN MY LIFE !! It was an honor throwing you this surprise party and seeing how happy you were! Love you so much @eljuanpazurita! You’re one of the most hardworking people I know and I admire you every day! Can’t wait to create more memories with you! The fiesta will never stop! You deserve the best! Thank you for everything you’ve done for me!"

The two even enjoyed a wonderful night together. Their fans never missed a single chance to embrace the couple. Many asked them whether the two are more than 'just friends'.

It seems the two still need some more time to reveal their relationship in public.

Pons initiated her career on a video platform called 'Vine'. As the video-sharing app shut down, she started her career as a YouTube personality.

In 2016, she performed in the first seven minutes of the second season of the American horror TV show Scream. She also appeared in Joey Graceffa's YouTube Red series, Escape the Night and The Hustler.

The same year she starred in Blink-182's She's Out Of Her Mind music video with Vale Genta and Hannah Stocking.

In 2017, she performed in a film Space Between Us. The same year she partnered with CoverGirl as the Brand Ambassador.

She played as Camila Cabello's sister in her music video 'Havana.'

Here's an exclusive Nightline interview with Lele Pons on 'How to go viral'? Let's watch:

She and her rumored boyfriend hosted Latin America's 2017 MTV Millenial Awards. She was a judge at Miss Universe 2017 held on 26 November 2017.

The same year she was named as the person who had the most viewed Instagram stories.

She was awarded at the 2017 National Association of Latino Independent Producers' Latino Media Awards. 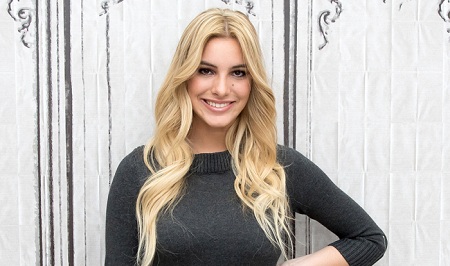