Lili Reinhart Professes "She's Open Very Sexually" On Cosmopolitan, Spotted Enjoying A Romantic Getaway with Cole Sprouse To Hawaii, Lili and Cole rumored to be dating but no news about their affair or split

Lili Reinhart is finally stripping all her thoughts!

Lili and her on/off screens best friend Camila Mendes will feature together in the February issue of Cosmopolitan. The duo stands together on the most stylish cover and sexy Lili revealed about her opinion towards sex. Scroll down to see what she's to say.

In the upcoming Cosmopolitan February issue, Lili Reinhart explained everything she has to say about intimacy and sexuality. Along with Lili, Camila too added that talking about sex and sharing views regarding it on and off screens have helped them a lot to bond together.

"I'm very open sexually. I love to talk about it."

The actress rose to fame after starring in Archie comic based series Riverdale where she portrays the role of perfect daughter,  Elizabeth "Betty" Cooper who later gets tired of her goodie life and turns toward her new best friend, Veronica, played by Camila Mendes. 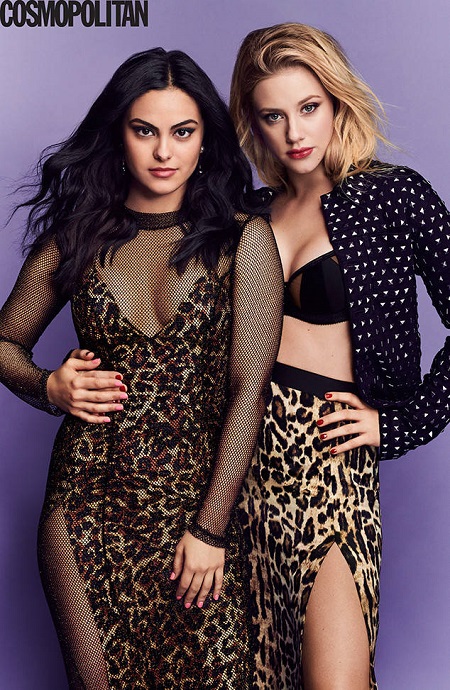 Both of them did a pep talk about how people have always had the misconception about sex. Camila stated,

"I've never liked this idea of 'don't give him everything.' Like you've given someone all of yourself by having sex with them. What's valuable to me is giving you my love and my intimacy,"

"I want to tell [guys], 'Don't have sex at me—have sex with me.' I want them to understand that it's so much better when we're connected."

Lili too agreed on what Camila had to say explaining that sex is not always same and it's important to understand that sex is going to be a different experience depending on how much you connect and who you are with.

"That's how I felt when I lost my virginity—I was like, 'So this is sex!' And then you have sex with someone else, and you're like, 'Holy s--t— this is so different!"

For a long time, Lili has been linked with her co-star Cole Sprouse but neither of them has officially confirmed that they're dating. However, the Cole-Lili fans spotted the duo spending a romantic getaway at Hawaii and it's nearly confirmed that the pair is secretly dating. 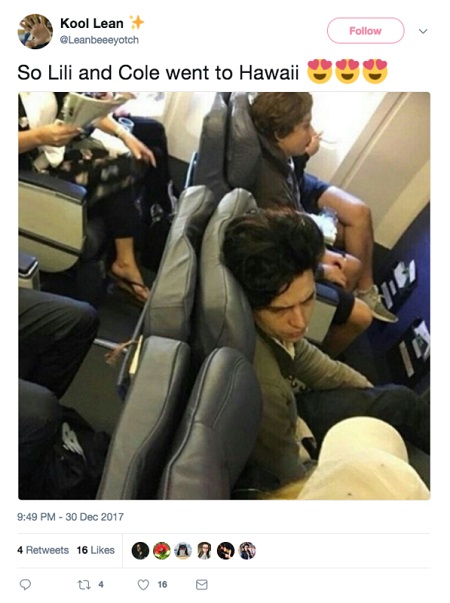 Lili Reinhart and Cole Sprouse  on their flight to Hawaii
Source: Glamour

The rumored pair, however, hasn't mentioned each other on social media and neither has reacted to any of the rumors. Well, their fans are eagerly waiting for them to reveal what's really going on with them! Keep following our page for more updates about this mystery couple.