Hamilton Fame Star Lin-Manuel Miranda and his wife Vanessa Nadal are expecting their second child, they disclosed via Twitter after Nadal showed off a clear baby bump on the red carpet of the London Standard Theatre Awards.

The 37-year-old American composer/lyricist and his wife Vanessa Nadal are expecting their second child. They disclosed via Twitter. The big secret came out for everyone to see when the couple stepped on the red carpet of the London Standard Theatre Awards, flaunting Vanessa's adorable baby bump.

The couple who married in September 2010 is already blessed with a baby boy, Sebastian Miranda (born in 2014).Today, three years later, they are on their way to becoming parents again.

Lin-Manuel Miranda and his gorgeous wife Vanessa Nadal are expecting their second child. They confirmed the exciting news last Sunday, 3rd December, the same day they attended the London Standard Theatre Awards at the Theatre Royal, via a Twitter post.

Nadal's baby bump was clearly showing off from her embellished floral gown on the red carpet. Soon after, fans flooded Twitter with best wishes for the couple. 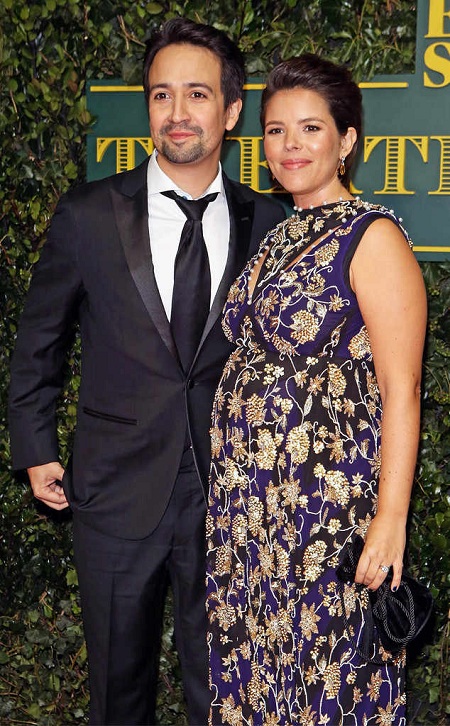 The hunk and his lawyer/ scientist wife Vanessa are already parents to a baby boy, Sebastian who is three years of age at present.

congratulations to the happy couple on the exciting news following their way!

The Broadway superstar tied the knot to Vanessa in September 2010 at the Belvedere Mansion in Staatsburg, New York.

Lin won the Tony award for Best Original Score for Hamilton and instead of a traditional speech, he spoke all the words depicting his love and affection for his lovely wife.

"My wife's the reason anything gets done
She nudges me towards promise by degrees
She is a perfect symphony of one
Our son is her most beautiful reprise
We chase the melodies that seem to find us
Until they're finished songs and start to play
When senseless acts of tragedy remind us
That nothing here is promised, not one day
This show is proof that history remembers
We live through times when hate and fear seem stronger
We rise and fall and light from dying embers
Remembrances that hope and love last longer
And love is love is love is love is love is love is love is love
Cannot be killed or swept aside
I sing Vanessa's symphony, Eliza tells her story
Now fill the world with music, love, and pride."

They are not high school sweethearts but both the couple studied at Hunter College High School. Nadal was two years junior to Miranda. 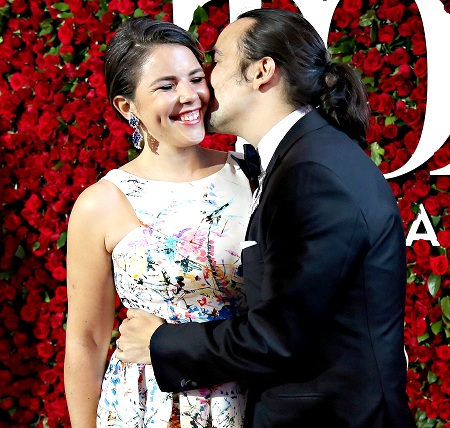 Lin spoke the scene with The New York Times in 2010,

"She was gorgeous and I’m famously bad at talking to women I find attractive."

And, he did not talk to her while in school. It was years later that Miranda took the courage to find her on facebook and invite Nadal on one of his shows. She showed up and they started hanging out. There was an instant connection and they started dating soon after.

Lin and Nadal took their vows in 2010 and by 10, November 2014 they had already welcomed their first child, Sebastian.

The couple is now expecting their second baby making their family of three a fest of 'FOUR'. 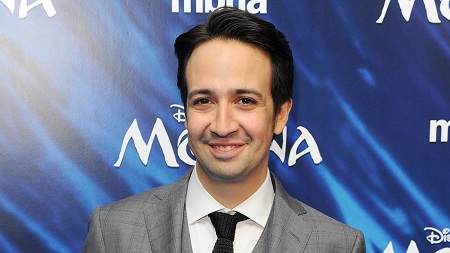