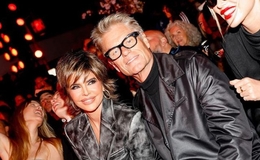 Lisa Rinna and Harry Hamlin have been married for 25 years: The 'Clash of Titans' actor has been married twice before Lisa. Complete story here!

Both Lisa Rinna and her husband are television veterans. The actress currently derives her massive stardom and influence from the hit Bravo show The Real Housewives of Beverly Hills, which she joined in its fifth season. Before shifting her course into the reality series, Rinna had amassed stellar credits working on various television series, including Melrose Place, Big Time Rush, and Days of Our Lives, where she met her husband, Harry Hamlin.

Hamlin, 71, not only boasts impressive credits on television but has also made a name for himself as an author and entrepreneur. Hamlin's best-known works are L. A Law, Clash of the Titans, Mad Men, for which he bagged an Emmy nomination, and Movie Movie. The television couple celebrated their 25th anniversary earlier this year and also revealed the secrets to their enduring marriage.

Rinna and Hamlin have been going strong for over 25 years. The couple often exhibits their strong family bond and foundation whenever gossip-infused animosity comes their way, like in a recent event when fans manipulated and trolled Hamlin's photoshoot with his eldest daughter, Delilah Belle Hamlin. The father-daughter duo, who appeared eerily close in the snap, were dubbed "provocative and creepy." Rinna quickly defended her family and was quick for a clap back. 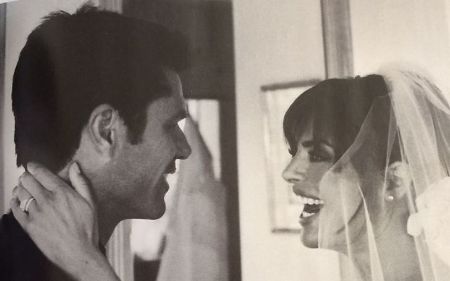 The couple's first encounter dates back to 1992 when Rinna and Hamlin were with their other respective partners, the Bravo star with a certain boyfriend and Hamlin with his second wife, actress Nicollette Sheridan. Deterred and bounded by their relationship status, the pair didn't exchange a hello, even though they felt the spark at the moment. "You were starstruck, and I was love-struck," Hamlin tells his wife, who admits to being smitten by the Mad Men actor.

It was as if fate had decided on the twosome when they crossed paths again after months and just days following his divorce filing. Things escalated after Rinna agreed to go on her first date with Hamlin in early 1993. The duo made their red-carpet debut, equivalent to announcing your relationship to the world, at the 7th Annual American Comedy Awards in February 1993. 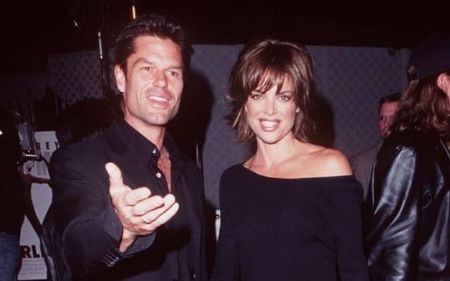 Lisa and Hamlin went on to date for five years before getting engaged in 1997. The Real Housewives of Beverly Hills star later explains how the Mad Men actor wasn't so thrilled to delve into marital life after his two failed marriages. "It took five years, which is kind of a long time when you're waiting for it. I'd never been married," Rinna says. The Emmy-nominated actor finally mustered up some courage and popped the question to Lisa during their Canada trip in 1997. 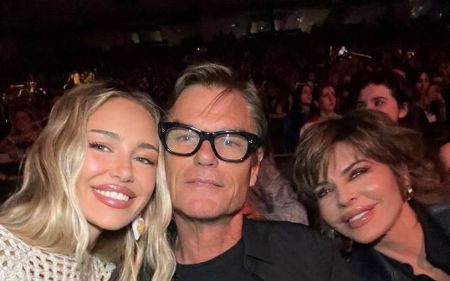 And everything happened in a span of a year. The couple got engaged in early 1997, tied the knot in March, and even revealed their first pregnancy the same year. Lisa and Hamlin's dreamy wedding took place in the backyard of their Hollywood Hills home, and it was attended by 150 guests, including celebrities like Jennifer Tilly, Annie Potts, and Tony Danza. The pair have since welcomed two daughters- daughter Amelia Hamlin in 2001, and even co-ventured several business endeavors.

Get to Know Lisa Rinna's Husband!

Lisa and Hamlin's relationship has been thoroughly explored on television, including in their first reality television series, Harry Loves Lisa, and now in The Real Housewives of Beverly Hills. For the last two decades, both the duo's life and career have been inextricably interlinked, and no wonder the two as a couple have become a brand. Before Rinna, Harry had a brief marriage, lasting only about a year with his co-star Sheridan. 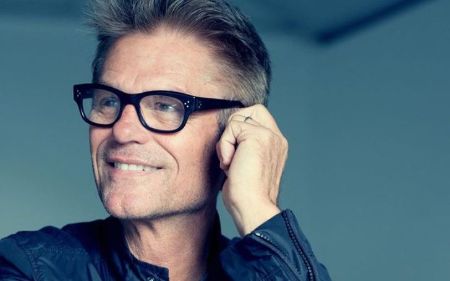 Harry was the People's sexiest man alive in 1987. SOURCE: Instagram

For five years, from 1985 to 1990, the Clash of Titans actor was married to actress Laura Johnson. And the actor almost married his co-star Ursula Andress with whom he shares a son, Dimitri Hamlin, 42. Harry's storied career started on Broadway, from where the California native branched into television. Named PEOPLE's Sexiest Man Alive in 1987, Hamlin was the ultimate Hollywood heartthrob in his heyday.

Hamlin did his earliest work in Taming of the Shrew, Studs Lonigan, Movie Movie, and his breakout role in Clash of the Titans. The actor's second breakthrough came earlier this year when the news broke that Hamlin had landed his first studio film in 40 years. Gushing about her husband's latest milestone, a proud Rinna took to Instagram.

"40 years ago, he starred in a Movie for @20thcenturystudios called Making Love. It was the first gay love story controversial and groundbreaking. 40 years later Harry just got his first Studio movie," Lisa wrote in the post. The upcoming film will mark Hamlin's return to big studio films. The 71-year-old stud was last seen in Lifetime's television miniseries Flowers in the Attic: The Origin.