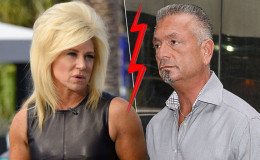 Reality TV star Theresa Caputo has finally parted ways with husband Larry Caputo. The two came in the limelight back in December 2017 when they announced their divorce.

Theresa Caputo, the star of the hit TLC show 'Long Island Medium' and her husband Larry finally revealed the fact about the two living far apart. The two made headlines since December 2017 when they released a joint statement about their separation.

Everything between Theresa Caputo and husband Larry Caputo is finally on paper.

Caputo opened up about her split from husband Larry Caputo during an interview with Extra on 4th April 2018. 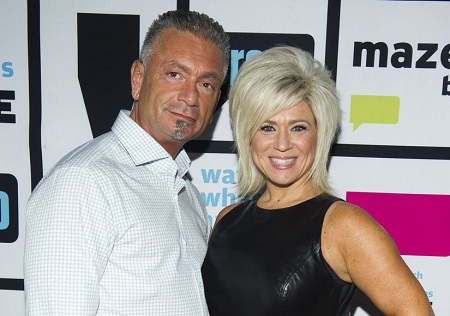 Extra's correspondent, O magazine's creative director Adam Glassman interviewed the gorgeous lady in NYC where Caputo spilled the beans about the state of her marriage.

"Right now, Larry is living in L.A. and I'm here in New York. We're just taking it day by day."

She further added that living on her own "is an adjustment, but I'm doing okay."

Sadly, for any fans who had hoped the couple might still reconcile, it seems the couple has parted ways for rest of their lives.

She'll definitely be living a happy life ever after!

Yes finally! Long Island Medium premiere tomorrow Sunday 8pm ET on @tlc its an emotional season with beautiful readings I can’t wait for you all to see ????#longislandmedium #sunday

The couple made headlines in December 2017 when they declared their decision to divorce after 28 years of being together.

What Actually Went Wrong In Their Marriage?

Caputo and her husband Larry who share two kids together; Larry Caputo Jr. and Victoria Caputo came in the limelight when the two jointly announced their separation to PEOPLE.

"After 28 years of marriage, we have decided to legally separate. We will always love each other and our two wonderful children. We are united in supporting each other and our family. Please respect our privacy during this time."

The 51-year-old reality TV star revealed that her married life was going on a rough pace and divorce is the only option left between the two. 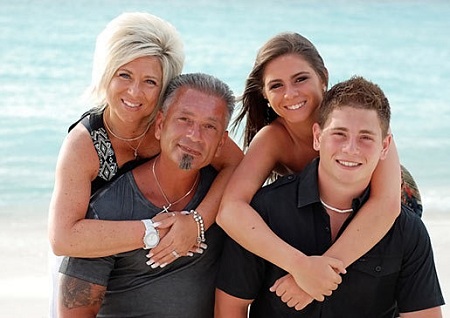 The former couple with their adorable kids
Source: Pinterest

She explained the facts with a close friend over dinner in a clip shared by E! News,

"Since the last season of Long Island Medium and through a period of time, Larry and I’s relationship has changed.We’ve been there for each other, you know, through thick and thin, you know, good times, and right now are not such great times."

During an interview with GoodHouseKeeping, she said,

'We're in a good place. We’ve taken things day by day and, at the end of the day, we’re okay.'

The former couple tried their best to manage everything their relationship with counseling. Larry said,

"We’re at a point right now where even the therapist is saying, 'Maybe just take a break from each other,'. I think the thing that bothers me right now is I don’t know what the outcome of this is going to be. And I just can’t imagine our lives not together anymore"

Despite their separation, they still love and respect each other and that's of course, the best part of their relationship.

She thanked her fans for watching and supporting her in the new episode of LIM.

Love you guys?? Thanks for watching and tweeting I’m catching up on tonight’s LIM now #LongIslandMedium pic.twitter.com/cNVtVkxjcr

The new season of the reality show premiered on 8 April 2018. We hope viewers and her fans would get to know more about Theresa and Larry's personal lives and their struggles in the following episodes.