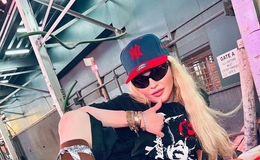 Here are all the men Madonna dated and married in the past: The queen of pop recently came out as gay in a Tik Tok Video!

Popularly referred to as the Queen of pop, Madonna's trailblazing career spans over four decades. At 64, she still maintains her title as the Queen of the popular genre and is unstoppable and insatiable as ever. As Madonna continues to push the boundaries of mainstream music and try her hands on emerging fusions, she also keeps her love life as steamy and alive as it can come.

Born Madonna Louise Ciccone, on August 16, 1958, in Bay City, Michigan, her career kicked off with a French troupe, in which she had a stint as a backup dancer and singer in the 70s. Madonna shot to fame with her debut and following singles Everybody and Burning Up. The Queen of pop might be globally hailed for her exemplary career, but tales of Madonna's romantic ventures are no less legendary.

At the onset of her career in the 1970s, Madonna was already actively pursuing love. The Grammy was 21 when she started dating musician Dan Gilroy, with whom she formed her first band, The Breakfast Club. At the peak of her career, the Like a Virgin crooner dated some of the biggest names in the industry. In the period before her fame, Madonna's dating profile included names like drummer Stephen Bray, DJ Mark Kamins, late artist Jean-Michel Basquiat, and musician John Benitez. 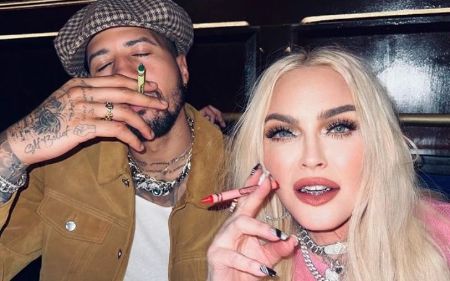 As Madonna swiftly climbed the ladder of fame, the singer's rousing songs like Where Life Begins, and Like a Virgin hinted at a wild romantic life behind the scenes. There was a time when Madonna's collective fans were obsessed with the singer's active love life- which, combined with her sexually- vocal hitmakers, catapulted her to become a sex symbol. Model Tony Ward was perhaps the first man that the singer dated seriously. 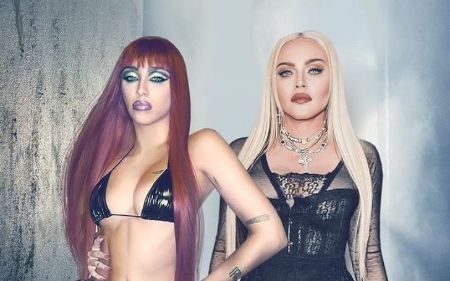 For her next flame, Madonna found the two-time Oscar winner Sean Penn, who also became her first husband. But the two A-listers were only married for four years, from 1985 to 1989. As per reports, Madonna's first marriage was a traumatic experience for her. Following her split from Penn, Madonna only indulged in flings and some rumored affairs. Before reaching the pinnacle of her career, she had already dated the late John F. Kennedy Jr and actor Warren Beatty.

The Like a Player hitmaker was rumored to be dating singer Lenny Kravitz in the 90s and, later, the legend Tupac Shakur. "I was dating Tupac Shakur at the time, and the thing was he got me all riled up about life in general," Madonna said on a talk show while promptly confirming the long-suspected speculation. The Queen of pop was also linked with the late King of Pop, Michael Jackson, in the 90s.

Madonna and Guy Ritchie were married for eight years!

Madonna's string of relationships continued with Vanilla Ice, who allegedly broke up with the singer because of her sexually-explicit book, Dennis Rodman, Andy Bird, and personal trainer Carlos Leon, who she dated for nearly three years. Madonna shares her daughter Lourdes Leon, 25, with Carlos. The 64-year-old singer was famously married to director Guy Ritchie for eight years, during which they welcomed two kids.

Did Madonna Just Come Out as Gay?

The Like a Virgin singer has left her fans baffled after she recently joined a Tik Tok trend and seemingly announced herself as gay. In the video, which has gone viral, the 64-year-old can be seen tossing a pair of pink panties into the trash with the written caption, "If I miss, I'm gay," while purposefully missing the shot. "Did Madonna just come out? And I'm witnessing it in real time?" a thrilled fan wrote. 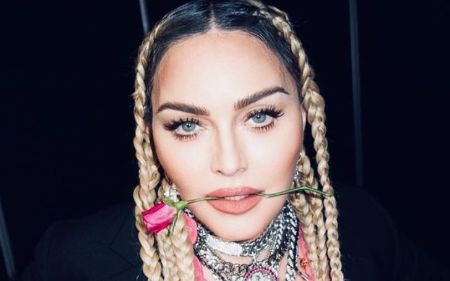 Madonna came out as gay in a new Tik Tok video. SOURCE: Instagram

While Madonna's famous relationships only include high-profile males, the Material Girl crooner has alluded to her fluid sexuality several times. Since her insinuating Tik Tok video, fans have been going back to the moment when Madonna famously kissed Britney Spears and Christina Aguilera at the 2003 MTV Video Music Awards. The Grammy winner was also rumored to have dated model Jenny Shimizu in 1996.

"I think everybody has a bisexual nature. That's my theory. I could be wrong," Madonna had said in a past interview. When asked about her sexually vocal tendencies and professional rapport with gay people, Madonna recalled having dated many gay men, including her ballet teacher Christopher Flynn. "I was constantly falling in love with gay men. of course, I was so miserable that I wasn't a man," Madonna said.

Who is Madonna Dating?

Although the Material Girl, in an ambiguous manner, has revealed herself to be gay, Madonna's dating chart, up until recently, only included men. The Dick Tracy actress was last in a relationship with Ahlamalik Williams, who is 36 years her junior, and hence, gained the title of Madonna's toy boy. Williams is a professional dancer and choreographer and has worked with Madonna on many occasions. 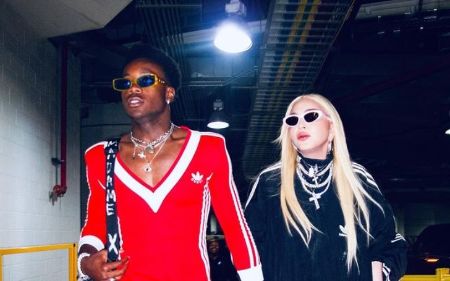 The two called it quits, after nearly four years of romance, in spring this year. "Madonna has thrown herself into a busy social life and has been seeing her friends and family after the split," an insider said while confirming the pair's split. As per sources, the duo's tight schedule and the quarantine-induced distance led to their split. Madonna's official relationship status remains single as of now.