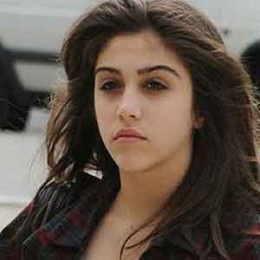 Lourdes Leon was born on October 14th, 1996 in Los Angeles, California, USA. She was born to Madonna and her ex-boyfriend Carlos Leon. She is an American actor, model, and fashion designer. She also created her own clothing line with the help of her mother when she was only fourteen years old.

Lourdes Leon was born on October 14th, 1996 in Los Angeles, California, USA. She was born to Popstar sensation Madonna and personal trainer turned actor Carlos Loen, Madonna's boyfriend at the time. However, they never tied the knot and later after seven months since Lourdes's birth, the couple separated. Although they chose to have a friendly relationship for the sake of their daughter.

Lourdes Leon is of American nationality and her ethnicity is a mix of French, Italian, Cuban, and Canadian. Although her biological father is Carlos, Madonna married English director Guy Ritchie on December 22nd of 2000 and moved to London for the betterment of Lourdes's childhood. 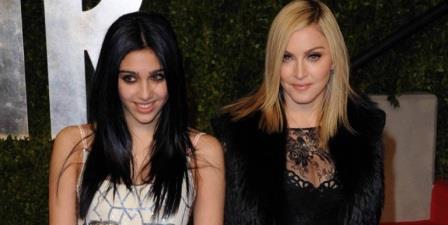 Madonna and Lourdes Posing for a Picture,
Source US.Hola

Lourdes Leon has a total of six siblings, Rocco Ritchie, half-brother from Madonna’s marriage with Guy Ritchie and four adopted siblings named Esther, Stella, David, and Mercy. And from her father's side, she has one half-brother named Meeka.

Lourdes Leon graduated from the La Guardia School of Performing Arts back in 2014. Later on, she joined the University of Michigan, which Madonna attended as well.

Lourdes Loen had gotten the offer to star in a Harry Potter film but Madonna did not let her appear on-screen before she finished her high school at least. When she was only fourteen Lourdes and her mother Madonna started a clothing line called "Material girls".

In 2016, when Lourdes Leon was 19 she became one of the many famous faces for Stella McCartney’s Pop fragrance, alongside Grimes, Amandla Stenberg, and Quincy Jones’s daughter, Kenya Kinski-Jones. Furthermore, the following year she was signed for the MadeMe x X-Girl campaign. 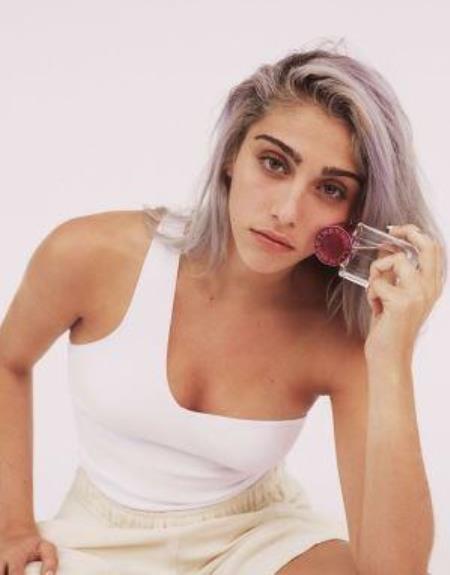 Lourdes Leon is most famous for being the daughter of musician Madonna, however, she is starting to get fame on her own as a model, singer, dancer and an actor. She has made an appearance in a bunch of music videos of her mother's and as well as another musician. By doing so she has proved that dancing is in her DNA.

Lourdes Leon is enjoying a lavish lifestyle being the daughter of a top celebrity. However, she also has a business of her own too, and a significant amount of her net worth is coming from her clothing line 'Material Girl'. She also gets a heavy paycheck for working as a model for some campaigns. Her net worth is estimated to be around $5 million, and her yearly salary $100k.

Lourdes Leon may have some of her mother features but her love affairs are not made public like her mother. She has kept her love life as far away as she can from the media. However, she had made it public when she started dating Timothee Chalamet back in 2013.

They hit it off when the duo met in LaGuardia High School. As Chalamet is an actor, both can relate to the entertainment industry. After dating for a year, she found that her boyfriend Chalamet cheated on her. So she decided to call off their relation.

Lourdes Leon does not seem to be an avid user of Instagram. She only has 6k followers on her account on Instagram. However, her clothing line "Material Girl" on Instagram has around 119k followers.

Lourdes Leon stands in five feet and seven inches and weighs around fifty kilograms. She is 22 years old as of 2018. Her hair color is black and eyes color are light brown.