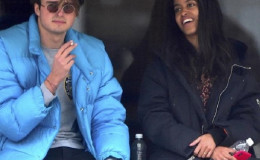 Malia Obama is loving all the attention, not from the media and tabloids but from her new British boyfriend, Rory Farquharson.

The first daughter of former US President Barack Obama, Malia was spotted hanging out with boyfriend  Rory and both looked pretty cozy together.

Rory, who is the former "head boy" of a high-class British school, Rugby School in England donned a blue down jacket while Malia kept it casual with a printed shirt and a black jacket. 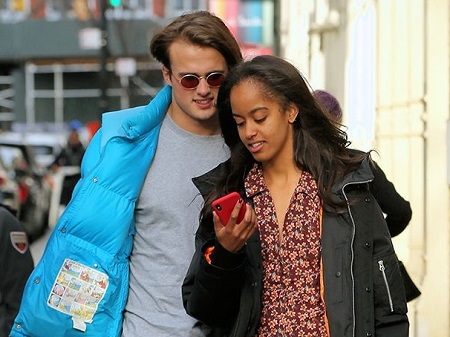 It looked like a date and sources confirm that they're actually dating. Last November, Malia was spotted kissing a mystery man before the Harvard-Yale Football game who was later identified to be Rory.

The pair is going public about their relationship and this is the first time the couple made their public appearance together after the football game. 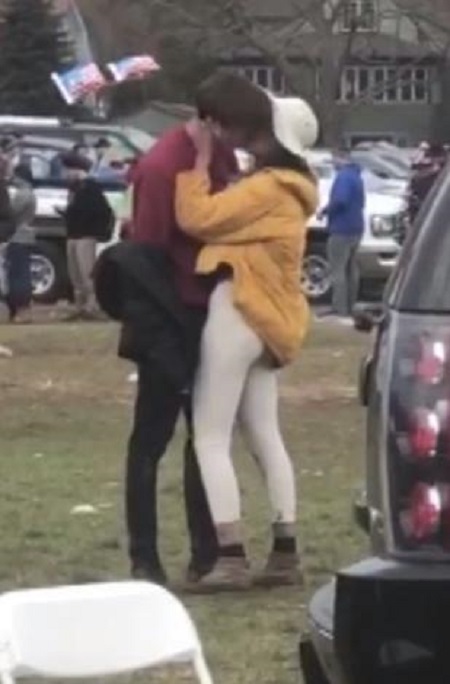 Malia was caught kissing Rory back in November
Source: TheSun

Rory is the son of Charles Farquharson, the chief executive, and director of a successful investment fund management group in London. At one point, paparazzi caught Rory smoking a cigarette while Obama's eldest daughter was enjoying his company very much. 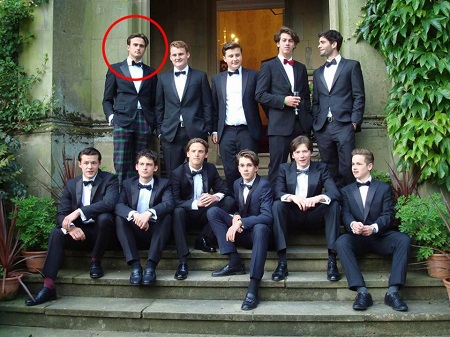 Rory is the former head  boy of a posh British School
Source: DailyMail

When asked about Malia's alleged affair, Barack Obama revealed that he was pretty relaxed because they've managed a Secret Service Protection for his both daughters!

Both Rory and Malia attend Harvard University and are freshers.