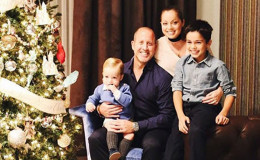 Marcela Valladolid is currently engaged to her long-term partner Philip Button who is the top Hollywood agent Phillip Button. The couple together has two children. Valladolid and her fiance welcomed their first child together, son David on April 9, 2015, and second child, daughter Anna on December 5, 2016. Valladolid also has a son, Fausto Gallardo from her previous marriage to a politician Fausto Gallard.

However, their relationship didn't last long as they soon got apart. Later on, Valladolid started dating Philip Button. Is the American chef married to her long-term boyfriend? Let's find about Marcela Valladolid's current relationship status here.

Marcela Valladolid is currently engaged to her long-term partner Philip Button who is the top Hollywood agent. According to some sources, the duo started dating back in 2014 just after her separation from Great British Bake Off judge Paul Hollywood.

The couple together has two children. Valladolid and her fiancé welcomed their first child together, son David on April 9, 2015, and second child, daughter Anna Carina Button-Valladolid on December 5, 2016. Valladolid also has a son, Fausto Gallardo from her previous marriage to a politician Fausto Gallard. 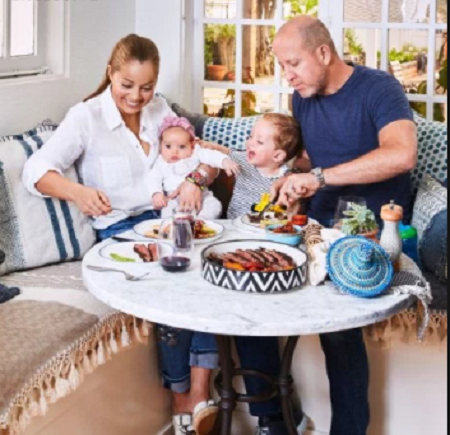 Marcela Valladolid and Philip Button with their children.
Source: People

Valladolid is a proud and dedicated mother. The chef also has mentioned herself as "F, D&A's mom" on her Twitter bio. Her Instagram is also filled with pictures of her cute family.

She also once revealed that it was difficult to balance between motherhood and professional life. However, despite her tight schedule, thirty-nine years old mother of three managed to spend time with her kids. She explained:

“I remember that, even though I grew up in a different culture, leaving to find my way and build a career (while uncommon at that time and incredibly hard) was an important step for me and for my family.”

"I’m trying to build something here — not just for me, but for them. Not just for financial security, but so they are able to see the results of hard work."

"It takes a lot of self-work on guilt (as well as the support and kind words of the world’s most fabulous man at my side) to walk myself off of the ledge when I’m having a challenging moment … and yes, sometimes I just want to walk away from the universe and stay home, roast a chicken, and put my babies to bed. But I carry on."

Valladolid is indeed a dedicated mother. Currently, she resides in Chula Vista, California with her partner and three children.

Looking at her Instagram images, it's pretty clear that she's living a wonderful and prosperous life with her fiance and three of her kids. It's been a long time since the couple got engaged, still, they are not in a hurry to get married.

My people while I work. We have to have David checked to see if there are any marbles left.

Though getting married is not compulsory for the two, we wish to see them walking on the aisle soon! But, as of January 2022, Marcela and Philip still have no idea to tie the knot. It looks like the Covid-19 virus and the pandemic might have halted their wedding plans.

Meanwhile, aside from raising her three children, Marcela is also focused on her career and wants to represent her hometown Tijuana and native food.

Valladolid and Gallard separated in 2013. Moreover, Fausto is a Mexican politician and lives in Mexico as their son Fausto Jr. often visits his father in Mexico. Their relationship ended after Valladolid became close to co-star Paul Hollywood and romantically linked to him. 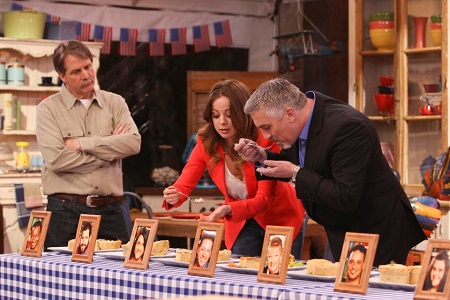 Marcela Valladolid and Paul Hollywood in the show The American Baking Competition.
Source: The sun

Valladolid and Hollywood first met in the CBS reality show The American Baking Competition in 2013. They used to co-host the show together, however, the show was later canceled after the first series due to low TRP.

They started dating in 2013 while Hollywood was still married to his wife Alexandra. During their relationship, the couple also spent quality time in Europe. Their relationship didn't last long and soon they got separated.

After the separation, Hollywood said to BBC Radio host Richard Bacon his relationship with Valladolid was the "biggest mistake" of his life saying:

‘I did have an affair with my co-judge. It’s something which was the biggest mistake of my life because, actually, I still love my wife.’

Hollywood also soon returned to his then-wife of 15 years Alexandra and their son, Josh. 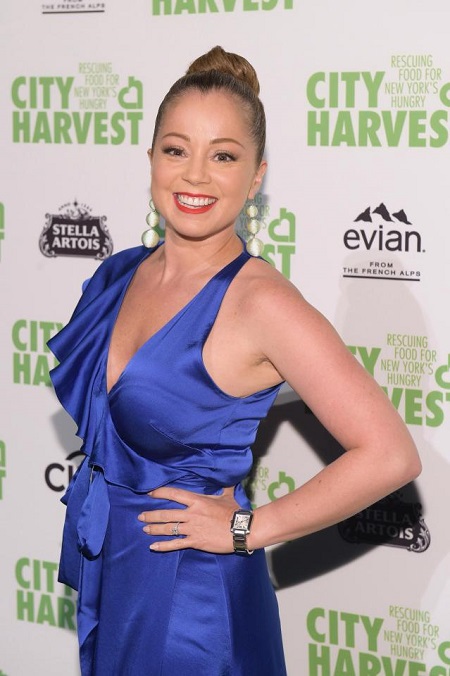