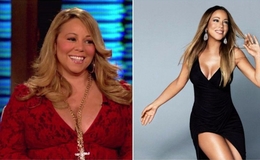 Mariah Carey will forever be the reigning Skinny Legend. Period. And over the years of the singer's career, the three-time Grammy-winning artist has endured fluctuant weight loss and gain more than multiple times. But, the singer has always managed to overcome her weight gain issues.

Well, what lies the secrets to the actress mind-blowing weight loss transformation? Find out below. 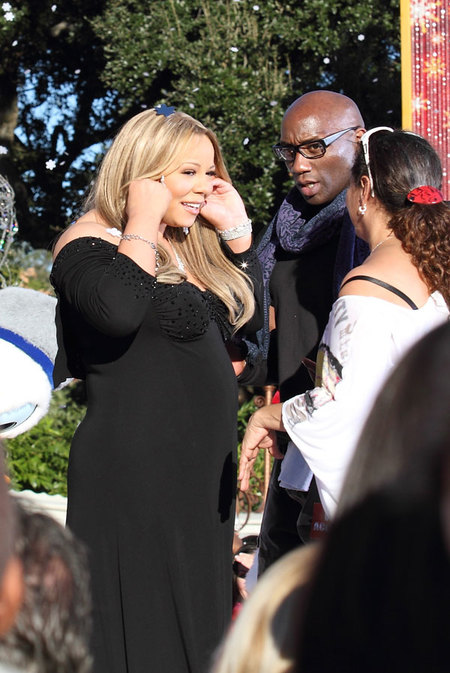 Mariah Carey in 2011 when pregnant with her twins. SOURCE: Gossip Rocks

For Carey, even after going through her postpartum phase, she still struggled to get rid of her pregnancy weight. Matter of fact, the singer endured such a difficult time due to pregnancy weight that she even struggled with light physical activity.

The 'With You' singer tried out a lot of regimens to gain back her old body. Unfortunately, they didn't work out. But, when all else failed, it was Jenny Craig who came to the rescue for the actress.

In case you're wondering, what's a Jenny Craig, it's a weight loss company based in America and Australia that provides all the weight loss tips and program to help its customers lose weight.

When the New York-born joined Jenny Craig, she was held captivated on a strict diet routine. Eating less in a few hours was one of the basic plans the singer followed. But, more importantly, her nutritionist made sure she was only consuming as less as 1500 calories a day. 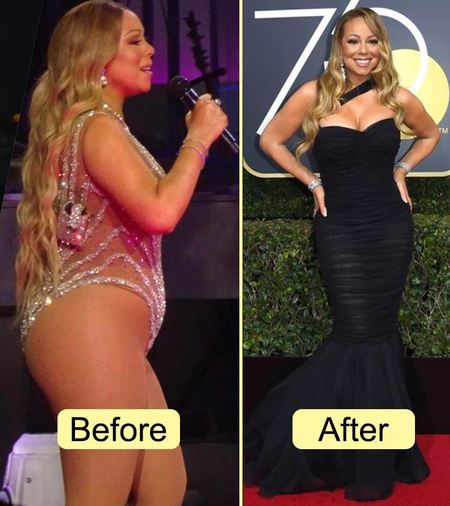 A Before & After picture of Mariah Carey Weight Loss Transformation. SOURCE: Style Craze

Additionally, Carey also didn't focus much on exercise and heavy workouts as she had her baby delivered with surgeries. But, after a much-healed recovery, the actress began walking for long hours with her dog. Needless to say, Carey highly credits diet for her weight loss journey.

Impressively, after following all the diets and weight loss program indicated by Jenny Craig, the singer lost a whopping of 70 pounds. Unfortunately, the happiness didn't last long for Mariah as she later gained back all the weight she lost.

And, in 2017, its reported Carey opted for another method to drop some extra pounds, a sleeve gastric surgery indeed.

At the time, Mariah Carey was dating Australian billionaire, James Packer who was the reason behind the singer decided to undergo a gastric sleeve surgery which is a surgical procedure where the surgeons cut off a large; nearly the 90% of the stomach to help in consuming less food. 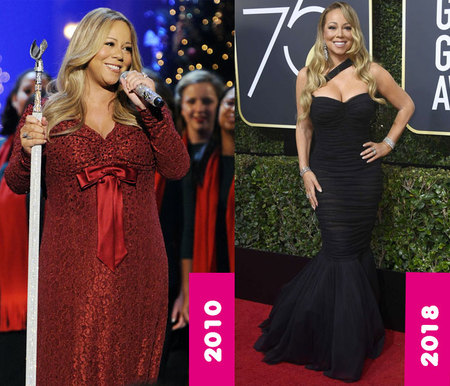 As for Packer, he underwent the surgery in 2011 and reportedly lost a mind-blowing of 75 pounds. Several news outlets, however, also claim that the reason why Carey decided to undergo the surgery wasn't to lose weight, but for her own comfort.

Although the mother of two loved her curves, her extra weight gave her hard times with moving whilst performing. But, it's also reported that Carey undergoing weight loss surgery is nothing but rumors. Many believe that to undergo weight loss surgery, one needs to be obese and weigh more than 100 Ibs.

But, since the singer never addressed the weight loss surgery, it's hard to believe the real truth. Whatsoever, after 2018, Carey has been flaunting a much leaner and healthy body.

Mariah Carey has started to look more confident, happier and healthier, And, to be honest, that's all that matters.