Home Article Meet Ryland Adams; boyfriend of Shane Dawson. It was not easy for them to come out as a couple. Find out why?

Meet Ryland Adams; boyfriend of Shane Dawson. It was not easy for them to come out as a couple. Find out why? 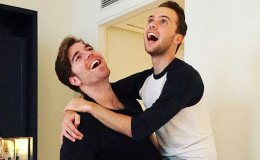 After his heart-wrenching video about him confessing that he's bisexual back in 2015, the famous YouTube star with six million subscribers, Shane Dawson is finally living his dreams with a handsome boyfriend, Ryland Adams.

All his fans anticipated a lot about Dawson's boyfriend back then, but the moment of truth shocked us all as Dawson revealed that his partner was his best friend, Clevver media's writer and producer, Ryland Adams.

And now, the powerhouse couple is living happily together, so let's talk about more about this perfect pair in today's section.

Meet Ryland Adams; boyfriend of Shane Dawson. It was not easy for them to come out as a couple. Find out why.

As a YouTube star, keeping your personal life private and a secret is not that easy. But after his coming out as bisexual and split with longtime girlfriend Lisa Schwartz, he was quite under the radar.

But his love for fellow Youtuber and Clevver host, Ryland Adams could not escape eyes of his fans and the media. 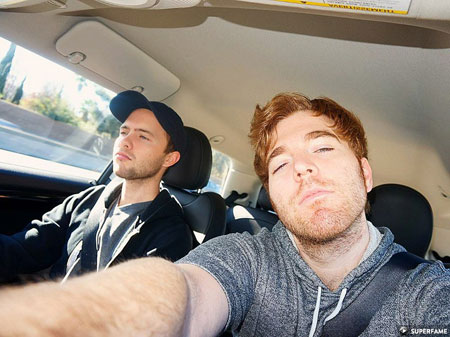 Shane revealed that his boyfriend is Ryland Adams

Shane, 30 finally confirmed his relationship with Ryland on October 23, 2016.

The pair started dating since early 2016 and remained pretty coy about their relationship until now.

He revealed his relationship in a YouTube video and quoted,

"I  feel like I’ve been hiding such a huge part of my life recently and I don’t want to do that anymore. So here it goes. This is Ryland. He’s sweet, caring, and makes me so incredibly happy.

He’s also my boyfriend. He’s been a really big part of my life and I’m so grateful that i met him. Don’t worry, I don’t want to exploit this or do ‘boyfriend tags’ or any of that dumb s*it."

As for now, this happy couple lives together in their posh apartment in Los Angeles, California with their cute dog, Uno. 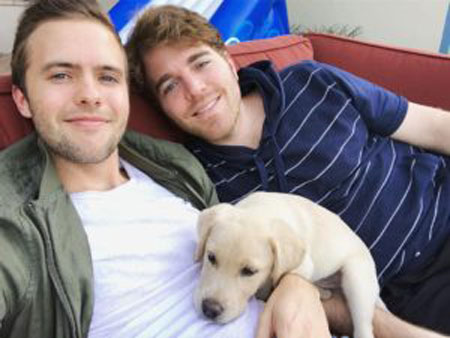 Shane with partner Ryland Adams and his dog Uno
Source: We The Unicorns

The pair is inseparable and madly in love. They sure some seriously adorable pictures of them hanging out together. Check some out!

when the squad is RUFF and will fuck u up right MEOW..... i'll go home and lock the door.

This pic was taken almost a year ago and I have no idea why we took it. But i'm glad we did because it makes the perfect anniversary photo. Happy 1 year anniversary to a guy that makes me happier, calmer, more confident, and more creative. This has been the best year of my life and I can't wait for the next one. Love you dog dad

my favorite photo in my favorite place because today marks one year with this guy who enhances every aspect of my life. love my dog dad

Dawson recently got engaged to his boyfriend Rylans Adams on 19th March 2019. He revealed the news via a Twitter post:

Dawson and his fiance currently reside at Calabasas, California.

This is pretty outrageous!

Just a few months back in January 2017, YouTube sensation, Shane Dawson revealed that he was thrown out of an event, Remind The Nation, which was hosted by conservative TV personality, Tomi Lahren.

Dawson previously accused the host, Lahren for kicking him out, but later apologized in his tweets.

.@TomiLahren u may have had nothing to do with what security did to me tonight & i really don't want to cause a thing. i'm sorry for (cont)

@TomiLahren (2/2) bringing your name into this. i was just really sad & shocked. i don't want to cause a thing. i hate it. love and peace.

He also claimed that he had footage of the incident. 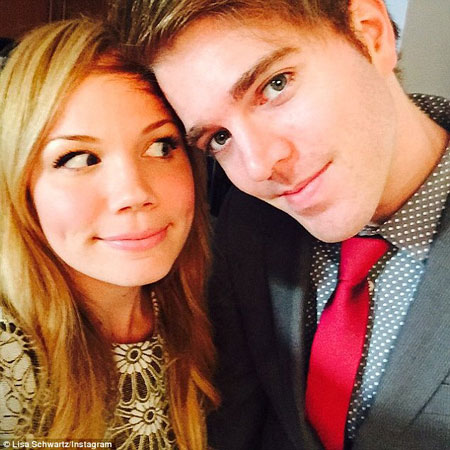 Shane admitted that he suffered a lot during his teen years, hiding his bisexual personality. But later on, he started going out with girls and thought it was all stupid and he was completely straight.

Not only this, when he started dating Lisa, he felt head over heels for her and for a second he didn't even think he was gay. 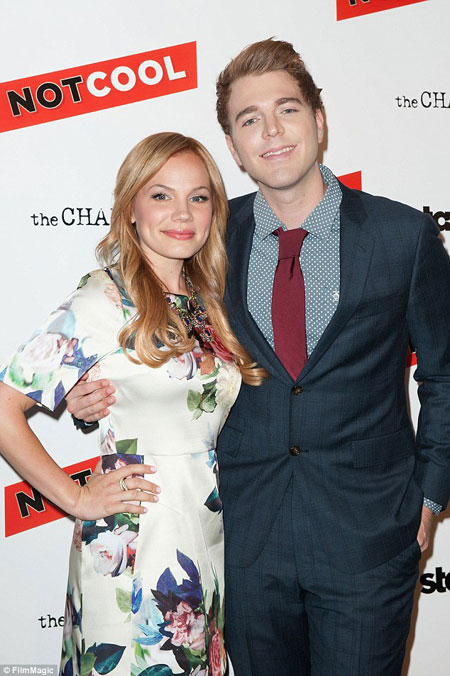 Shane with ex-girlfriend Lisa in an event back in 2014

But later on, he could not resist the secrecy, so he confessed that he's bisexual, releasing a heartfelt video.