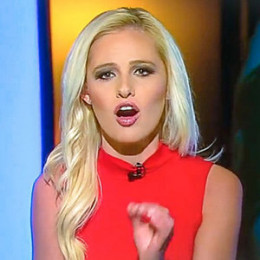 Tomi Lahren is one of the popular American television and online video hosts, as well as a conservative political commentator. She was a host of university's political roundtable shows The Scramble during her University years. Initially, she applied to One America News Network, acquired an interview and was instead presented the opportunity to host her own show. She shifted to San Diego, California and start working for OAN in August 2014. Tomi announced that she had completed her last show with OAN on August 19, 2015. She later appeared on The Daily show with Trevor Noah on November 30, 2016.

Tomi Lahren was born on August 11, 1992, in Rapid City, South Dakota, U.S. She is of German and Norwegian heritage. She studied at Central High School, after which she went to the University of Nevada for her higher education. Tomi Lahren had a good childhood, albeit it was in a very strict military environment.

Tomi Lauren began her career as a media personality. She was looking for an internship opportunity at OAN, however, she got a golden opportunity for the whole show.

She worked for the show till it ended on 19th August 2015. In 2016, she also performed on The Daily Show with Trevor Noah. Currently, she is involved in a show called The Blaze where she is hugely appreciated.

Earlier in January 2019, Lahren and rapper Cardi B exchanged tweets regarding their views on President Donald Trump and his controversial policies.

Tomi Lahren, although not yet married, was dating dashing military officer boyfriend Jerad Christian since February 2016. During her stay in San Diego, she met Jerad during the night out in February 2015, where they fell in love.

Jared, who serves overseas, goes for on a secret mission and Tomi was very much in love with him. 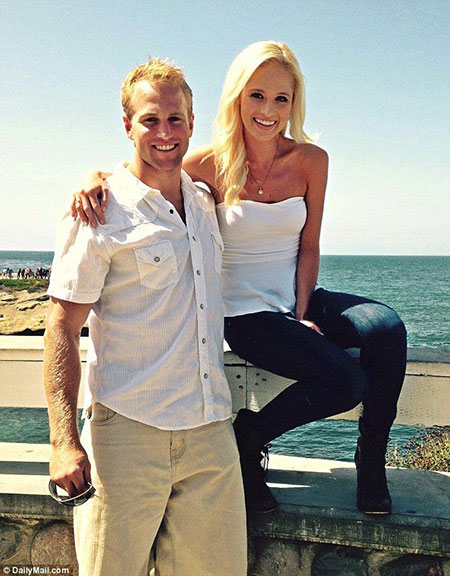 Jared was based at the Naval Amphibious Base Coronado during the time. It was revealed that it was her relationship with Jerad that fueled her emotional rant at Obama for not providing enough security for American warriors.

Jerad is a Utah native and a top graduate of the U.S. Naval Academy in Annapolis, Md. During the peak of their flame, Tomi’s Instagram account was flooded with snaps of them together.

She once posted a shirtless photo of Jerad and captioned it "On this Man Crush Monday…God Bless America. Enough said."

However, after a while, the photos began to disappear from her account. Tomi was then linked to The Bachelorette second-runner up Chase McNary. Their social media posts referred to each other and they were seen together in Las Vegas.

However, when McNary was interviewed, he said he was single. Speaking of his relationship with Lahren, McNary said:

"We were talking for about two weeks, but we weren’t in the same place, so we went our separate ways. I have nothing bad to say about her. She’s a great girl."

The relation has not taken any further leaps as both of them claim they are currently single.

Tomi Lahren's net worth is estimated to be $3 million. Her source of income includes her earnings from her career as a political commentator, political operative, and television host. She reportedly pockets an annual salary of $200k.