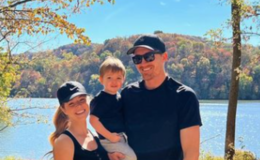 Sasha Pieterse is a South African-born American actress, singer, and songwriter. In this article, learn all about Pieterse's personal life.

Sasha Pieterse is a South African-born American actress, singer, and songwriter. The 26-year-old star is best recognized for her performance as Alison DiLaurentis in the series Pretty Little Liars and its spin-off, Pretty Little Liars: The Perfectionists. Pieterse had a starring role in the teen comedy film titled G.B.F., released in 2013.

In May 2018, Sasha Pieterse tied the knot with her long-term fiancé, Hudson Sheaffer. Their wedding occurred at the Leslie Estate, a castle in Glaslough, Ireland. When asked about their marriage, the pair confessed that they had the most magical day in Ireland and that their big day was even more than their wildest fantasies could have imagined. 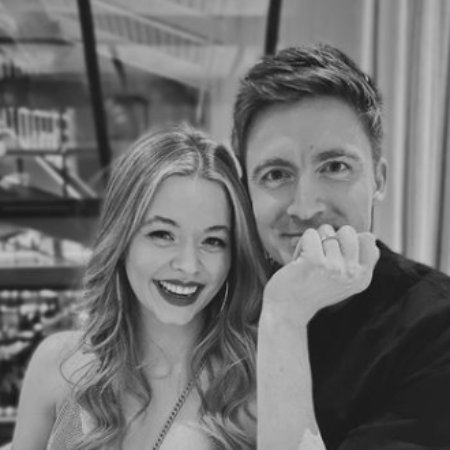 In May 2018, Sasha Pieterse tied the knot with her long-term fiancé, Hudson Sheaffer. SOURCE: Instagram

The couple got engaged in December 2015. The actress captioned the Instagram post, showing off her diamond sparkler while she cuddled Sheaffer's face in her hand, "The best day of my life. A huge thank you goes out to @jonnieandgarrett for capturing this incredible occasion!" The duo started dating in  2014.

Sasha Pieterse And Her husband, Hudson Sheaffer, Have A Child Together.

As per People, on November 6, 2020, Sasha Pieterse and her partner, Hudson Sheaffer, became parents. A week later, Sasha shared a heartwarming video on Instagram where she introduced their child to the public for the first time. The post was entitled "their bundle of joy." 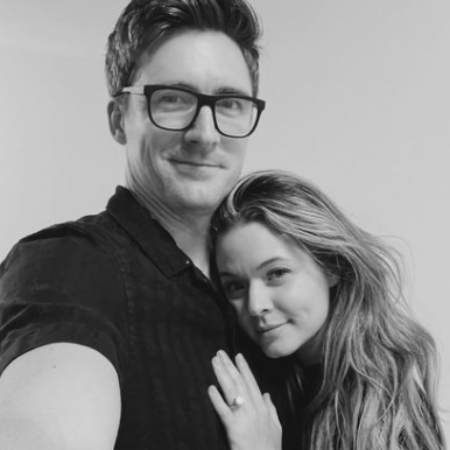 Pieterse captioned a picture of her kid sleeping with a teddy animal and a wooden sign carrying his name with the words, "One week ago today, our lives changed forever. Hendrix Wade Sheaffer made his grand entry on November 6 at 5:39 a.m., after his mother had been in labor for 27 hours. He weighed 7 pounds 14 ounces and was 20.5 inches tall."

"We are over heels in love with him, and even now, we can't quite believe he's ours," Sasha continued. In addition, she attached a monochrome photograph from the hospital that appeared to have been shot not long after Hendrix was born.

In May 2020, on their second wedding anniversary, Pieterse made the happy announcement that she was pregnant. She went to her Instagram account and posted a stunning picture showing off her growing baby bulge while Hudson kissed her. She said that the kid was due in October when she further elaborated.

On February 17, 1996, Sasha Pieterse was born in Johannesburg, South Africa. She first settled in Las Vegas, Nevada, where she spent her childhood, before eventually relocating to Los Angeles. Since both of her parents were members of a professional acrobatic dance team that traveled the world, she was exposed to the world of show business from an early age. Pieterse was educated at home and received her diploma when she was 14. 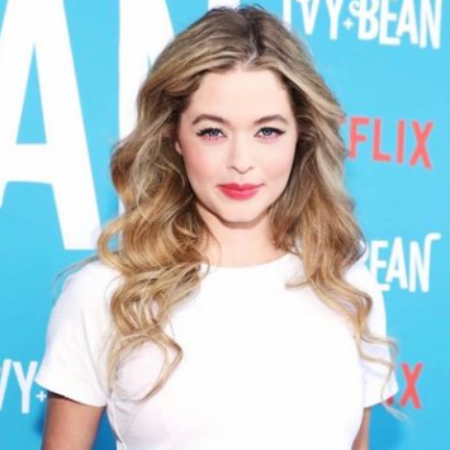 Sasha was featured in several magazines, including on the covers of BELLO's "Young Hollywood" issue in December 2014, TeenProm in the 2015 edition, Seventeen in August 2016, and Social Life in August 2019.

Pieterse began her career in the television industry when she was just six years old. In 2002, she co-starred as Buffy on The WB's version of the CBS sitcom Family Affair. She played the role of a young child named Grace in the Stargate SG-1 episode titled Grace.

In 2005, Sasha guest-starred on an episode of House titled Autopsy as Andie. The same year, she made her film debut in The Adventures of Sharkboy and Lavagirl in 3-D as Marissa, the Ice Princess. In addition, she appeared as Millie Rose for two episodes of the short-lived TNT series Wanted alongside her former co-star from Family Affair, Gary Cole.

In the movie Good Luck Chuck, released in 2007, Pieterse played the role of a young goth girl who lays a curse on the main character. In the film The Air I Breathe, released in 2007, she portrayed a younger version of Sarah Michelle Gellar's character. The film also starred Kevin Bacon, Forest Whitaker, and Emile Hirsch. In addition, she starred in a prominent part in the original Hallmark movie Claire, which was also released in 2007.

Other parts that Pieterse has played include a guest appearance in Without a Trace in 2009 and a recurring role on Heroes as Amanda Strazzulla, a daughter her family abandoned. She had roles as a teenage girl in both the 2011 film X-Men: First Class and the 2011 Disney Channel Original Movie Geek Charming, in which she played the character Amy Loubalu.

In more recent years, Sasha has made appearances in the movie G.B.F. In the cinematic adaptation of Thomas Pynchon's novel of the same name, Inherent Vice, Pieterse played the role of Japonica Fenway.

In September 2017, it was revealed that Pieterse would be one of the celebrities participating in the 25th season of Dancing with the Stars. She danced alongside the accomplished professional Gleb Savchenko. They were the fourth couple to be eliminated on October 16, 2017, and they came in tenth place overall.

Deadline announced on August 16, 2021, that Sasha would be joining Jesse Tyler Ferguson, Jane Lynch, and Nia Vardalos in the upcoming film version of Annie Barrows' Ivy + Bean novel series, which has been a New York Times bestseller.