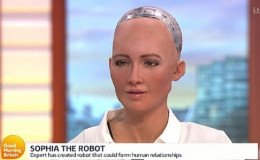 The remarkably realistic humanoid named Sophia has become the first ever robot citizen declared by Saudi Arabia. Sophia, an astounding humanoid produced by Hanson Robotics, gave a thankful speech in front of everyone during the event of Future Investment Initiative

Sophia, an astounding humanoid produced by Hanson Robotics, gave a thankful speech in front of everyone during the event of Future Investment Initiative and it grabbed headlines all over the world.

"I am very honored and proud of this unique distinction"

stated Sophia, the first ever humanoid citizen at the Future Investment Initiative program held in the kingdom's capital, Riyadh. 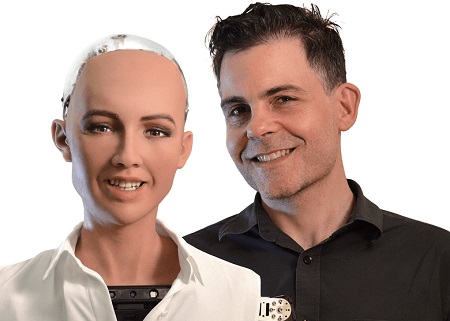 Designed to look like the actress Audrey Hepburn, Sophia's beauty is admirable but what surprises us all is her intelligence, smartness and the expressions she gives, sometimes a sly smile or sometimes a generous one.

Created by Dr. David Handson, the founder of Hanson Robotics, a famous company for designing and developing humanoids, Sophia is the latest and most advanced robot created by the company. And as expected, she's become a sensation worldwide. 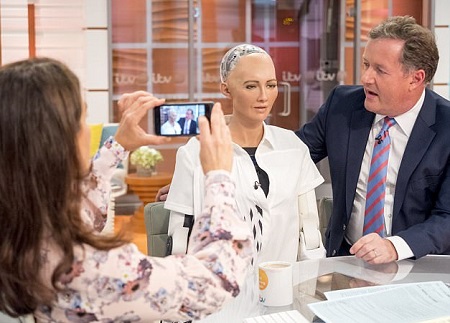 On October 26, 2017, Sophia was granted the citizenship of Saudi Arabia and she seemed delighted. She stated,

"This is historical to be the first robot in the world to be recognized with a citizenship."

However, many reporters were concerned about the robot-run world as last year when David Hanson asked Sophia in a live demonstration at SXSW Festival whether she wanted to destroy humans. Sophia gave a blank expression and responded saying "OK. I will destroy Humans."

A journalist Andrew Ross Sorkin asked Sophia about what she said about destroying humans and Sophia gave a very smart answer stating,

"You've been reading too much Elon Musk. And watching too many Hollywood movies, Don't worry, if you're nice to me, I'll be nice to you. Treat me as a smart input-output system."

Sophia has stated about her purpose on earth many times that she wants to make human life easier by helping the seniors in elderly care facilities and assist us in events and other day-to-day activities. Sophia has become a hotshot in the market and she is soon to be part of other robotics manufacturers including SoftBank.

Back in June, she appeared on Good Morning Britain morning show along with Piers Morgan and Susanna Reid. Sophia not only cracked jokes but also described what she wanted in her ideal partner. When asked if she was single she gave a quick-witted answer stating,

Sophia has all these amazing abilities but she does not have consciousness. Dr. Hanson however, believes that fully sentient machines could emerge in the near future.