Meet Yaron Versano, the loving Husband of our 'Wonder Woman' Gal Gadot. See the Married life of the Couple 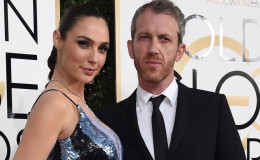 Yaron Versano is a successful Israeli real estate developer who has extended his business all across the globe.

The other real estate developers dropped dead when Varsano back in 2015 pulled off a major deal with Russian billionaire Roman Abramovich, selling the Varsano Hotel in Tel Aviv for nearly $26 million! Whooo..!!

Now, you want to know more about him, don't you? Apart from being one of the richest Israeli businessmen, he's also a lucky man, as he's married to stunning and talented Israeli actress and former Miss Israel, Gal Gadot.

Let's jump in to know all the details about the powerhouse couple's married life. Stay put!

The Israeli's millionaire, Yaron Versano is happily married to America's favorite superhero, Wonderwoman! So, does this make him a "Wonderman"?

We guess not, but it does make him the luckiest man in the world. The couple is together for nine long years, and not a single rumor about them having marriage problems or getting divorced has been heard!

It's evident that the pair is going pretty strong together. Hats off to them! 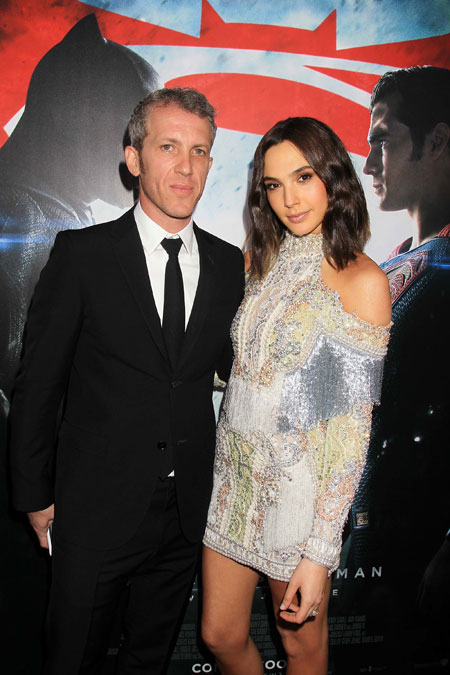 Yaron with wife Gal Gadot at the premiere of a movie, Batman Vs Superman, 2016, Source:

So, don't you want to know, how this amazing love story began? You sure do. Gal first met handsome Yaron back in 2006 at a mutual friends party in the Israeli desert.

On their very first sight, the couple connected so strongly that they started dating.

In an interview with Bustle, Gal shared how the pair first met and stated,

"We met nearly 10 years ago through mutual friends at this very strange party in the Israeli desert. It was all about yoga, chakras, and eating healthy — we didn't exactly find ourselves there, but we found each other. I think I [knew he was the one], but I was too young to get it. He did."

"He's 10 years older than me. He told me on our second date he was serious and wasn't going to wait more than two years to ask me to marry him. Fast-forward two years; he proposed. We were married in 2008."

After dating for two long years, they finally made down to the aisle and got married in a traditional Israeli ceremony in their home country Israel.

Here are some of the pictures of their wedding. 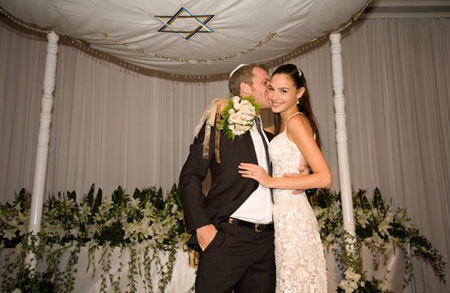 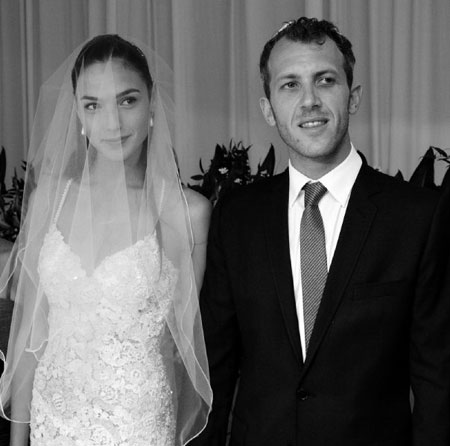 Yaron and Gal are not only a happy couple but a happy family of four. The pair is blessed with two children, both daughters. 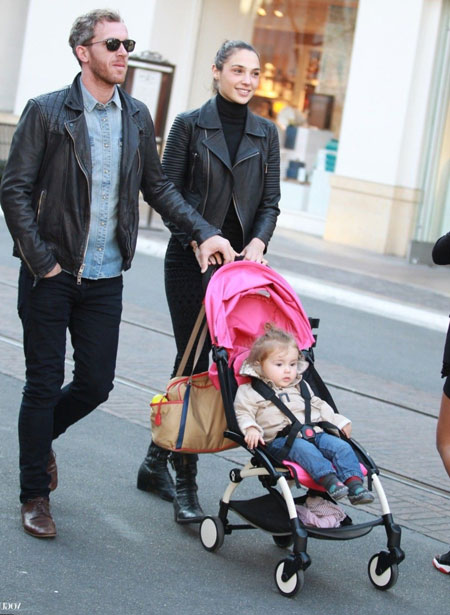 Gal with husband Yaron with their daughter Alma taking a stroll in NewYork, Source: Daily Mail

Gal gave birth to her first daughter, Alma back in November 2011 and her second daughter was born just months ago in March 2017. The couple has named her Maya.

The couple named her Maya.

And then we were four...She is here, Maya. I feel so complete blessed and thankful for all the Wonders in my life #family #newborn #grateful pic.twitter.com/d7DiesvUxn

In her appearance on the Ellen Degeneres show, Gal shared that Alma has gone to sets with Gal many times and she's very proud of her mother despite the fact that she doesn't understand what's going on.

“She came to visit me many times on set, and one time I was wearing the Wonder Woman costume, and then she asked me, ‘Mummy, if you wear a tiara does that mean you’re a queen and then I’m a princess?’ I said, ‘Well, I’m playing dress up, this is dress up,'”

The blessed family now lives together happily in their grand mansion in LA. 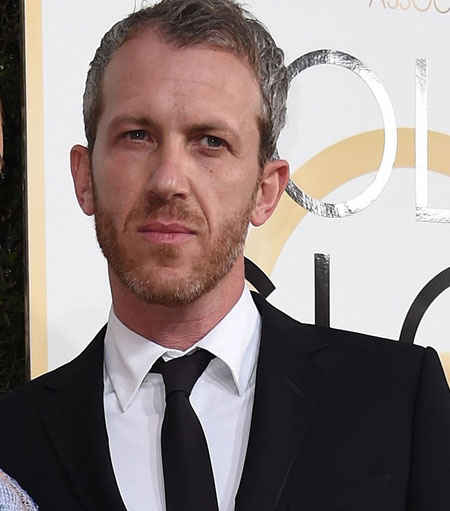 All in all, we wish this wonderful couple a blissful married life and hope for their happiness and togetherness forever.