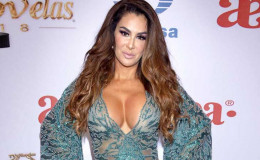 Ninel Conde, Mexican actress, and singer who once dated businessman Giovanni Medina is currently fighting an ugly custody battle with her ex-boyfriend Giovanni Medina. Facing a couple of failures in married life, she dated Medina in 2014 and the relationship even ended some years earlier.

Facing a couple of failures in married life, Mexican actress and singer Nina Conde dated Giovanni Medina in 2014. She assumed that everything would go on perfectly between the two but things turned out just opposite. Nobody expected them to split apart.

The singer is currently fighting an ugly custody battle of her son with her Medina. As the custody battle's getting intense days by days, let's get to know whether the two have settled with some conclusion.

After facing an ugly divorce from her ex-husband of seven years, Juan Zepeda, Ninel Conde happily stepped ahead in her romantic life expecting something amazing for rest of her life.

She fell in love with businessman Giovanni Medina 10 years younger than her. 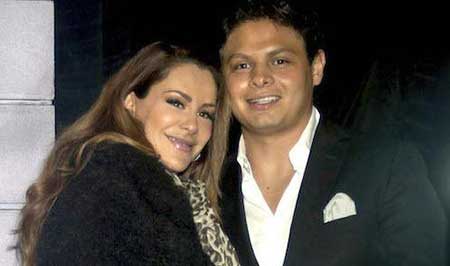 Soon she announced they are expecting a baby boy in April 2014. She gave birth to their son Emmanuel Medina on 21 October 2014.

Everything was sailing smoothly but, unfortunately, nothing happened as she expected as the couple announced their plan to break-up.

Sources reported that the couple has already separated apart soon after welcoming the baby and now, they are on a legal fight for Emmanuel's custody back since April 2018. 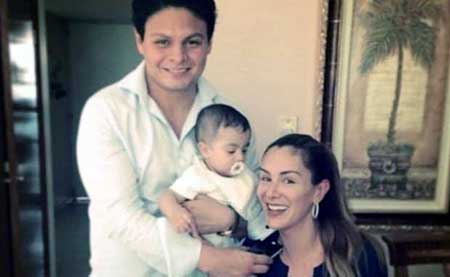 The war between Conde and her ex- Medina is getting hotter day by day. A communicator released a document that revealed,

"The minor Emmanuel Medina Herrera presents alterations in his state of health and because of it he did not attend classes without proving this circumstance. For this reason, Giovanni Medina is entitled to a 12-hour arrest for contempt of an injunction based on article 73 section IV of the Code of Civil Procedure."

The judge accused him of disobeying the fact of not taking Emmanuel to the school on regular basis.

The actress is fighting tooth and nail to protect her child at any cost and take him under her own custody. The judge even prohibited both the former couple to post any type of image of their child on social media. If any of the party would do that, the penalty would be to arrest them.

In such traumatic situation, do you think the star would manage time to, date someone?

Ninel Conde's Past Affairs And Relationships

Conde, 47 married her first husband, Mexican actor Ari Telch in 1996. They welcomed their daughter, Sofia Telch Conde on 7 May 1996; around a year later the two happily married.

Though everything was going on smoothly, the couple couldn't sustain their family life for long. They split apart in the year 1998 with an official divorce.

She remained single for as long as 10 years until she met her future husband, businessman Juan Zepeda. They tied the knot on 7th December 2007. After some years living together, they separated in August 2013. 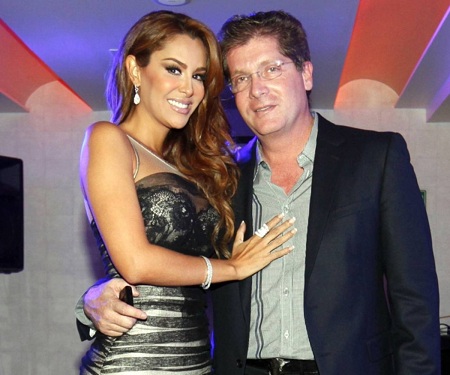 Conde often became the center of controversies when her former bodyguards revealed that the sensual singer and actress cheated her husband with three different men.

Oswaldo Hernández Durán and Crisóforo Fernández Rivera spoke to magazine TV Notas and accused the actress of cheating her former husband and also revealed her addiction to drugs.

Conde tried her best to protect herself from the scandals. Furthermore, the Bombon Asesino hitmaker accused Mr. Zepeda of trying to harm her image.

"The most important motive that moves Mr. Zepeda is not cover a debt that he has with me. All truth is documented for 5 million pesos,a quantity that in 7 years I never saw him generate."

"Many time she was made that you [reporters] were doing your job y she asked me to act against you. Obviously, I never did because I understand the work that you do. He has also said that he does not owe Conde any money, "at the moment my lawyers are trying to make her understand that the situations are not as she thinks they are."

Despite all the negativity in her past life, Conde stepped ahead in her life. 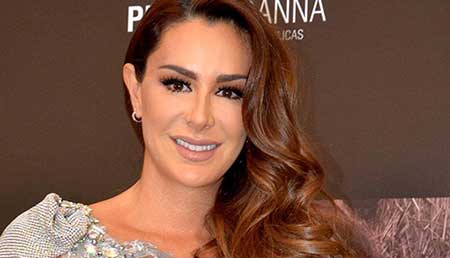