Home Article Mike Holmes Jr. Son of Canadian builder and TV Host Mike Holmes Enjoyed a Fairytale Wedding With his Wife Lisa Grant. How's Their Married Life Going On? Do They Have Children?

Mike Holmes Jr. Son of Canadian builder and TV Host Mike Holmes Enjoyed a Fairytale Wedding With his Wife Lisa Grant. How's Their Married Life Going On? Do They Have Children? 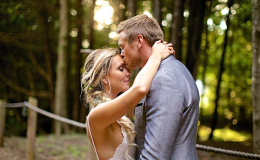 Carpenter and contractor Mike Holmes Jr. is the site supervisor of his father Mike Holme's construction business Make It Right. Also, he is known for his appearance on HGTV Canada's renovation show Holmes and Holmes.

Being a celebrity kid and being a celebrity himself, Mike Holmes Jr. has made a huge fan base. His married life with his wife and his family life is something that drags wide attention of his admirers. Wanna know more about his dating life, engagement, and marriage? Let's move further!

Mike Holmes Jr.'s Relationship With Wife Lisa Grant: How Did They Start Dating?

The love story of Mike and his love Lisa Grant is something like made in heaven! No matter how they met and stayed apart for years, their ways finally coincided in the end.

Mike met his future wife Grant when they were teens. They briefly dated for some time but separated. Destined to be together, the love birds reunited years later and this time, it's not for months, years or decades, it's a lifetime commitment. 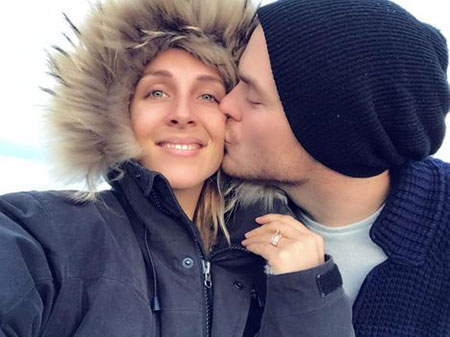 "I remember it so vividly."

"Lisa always had a special place in my heart. People who have known me the longest know that. I would light up whenever I saw her. I knew I was going to marry her."

It was not a matter of surprise for Mike's fans as he proposed the love of his life, Lisa, during a trip to Ottawa in 2016. It was rather a romantic trip for the pair in Ottawa as they spent time hiking the Gatineau Hills and walking along the Rideau Canal.

Discover: Canadian Builder Mike Holmes Has Three Children With His Ex-Wife Alexandra Lorex; Is He Married To Anyone After Her?

Everyone dream of engaging the loved ones in some kind of adventurous places like Mike chose, isn't it? The pair had their engagement pictures snapped in Iceland! So wonderful!

Lisa opened up about her engagement with fans during an episode of Holmes & Holmes, the TV series featuring father and son.

Mike Holmes Jr.'s Married Life with Lisa Grant: Do They Have Children?

Holmes and his soulmate Grant chose an intimate ceremony in Ontario's Blue Mountain region to tie the knot in August 2017. Attendants of their marriage included their close family and friends including a few fellow HGTV stars.

Head to @lisa.marie.holmes page and click on the link in her bio to see our never before seen wedding album! Thanks to everyone who made our special day one to remember. Tune in this Sunday to watch the season finale of Holmes and Holmes on @hgtvcanada at 10pm. . #Repost @lisa.marie.holmes with @get_repost The final episode of Holmes and Holmes season 2 airs this Sunday at 10pm on @hgtvcanada . . Being a part of this series has been an absolute honour. @mikeholmesjr and @make_it_right have taught me so much over the last 5 years. I have learnt so many new life skills such as how a furnace works, what asbestos is, how to test for and protect against radon, and how to drill and swing a hammer (kind of). I have learnt the definition of new words such as wainscotting, HVAC, weeping tile, and fascia (just to name a few ). I have designed a kitchen and multiple bathrooms, painted bedrooms, landscaped gardens, picked out hardwood, and have driven all over southern Ontario to help when I was needed. . Together, Big Mike and Michael make being on set FUN and PURPOSEFUL as they show up every single day wearing their hard hats on their heads and their hearts on their sleeves .. . On top of all that, I feel so grateful that I have been able to invite you all to be a part of Michael’s and my love story throughout both season 1 and 2 of Holmes and Holmes. We dated, were engaged, and then married with all of you joining in on our story. It has been an exciting journey and the best part is that the fun has only just begun. . As a tribute to the final episode of Holmes and Holmes season 2 airing this Sunday, I have put together the never before seen photos from Michael’s and my wedding album. It can be seen on my website at: www.lisamarieholmes.com or click on the link in my bio . . A big shout out must be made to the production company and crew for capturing our special moments, the networks for working so intimately on these projects with us, and to all of our friends and family who joined in on the Holmes and Holmes madness. It’s been so fun. Let’s do it again!! . . . . #hgtvcanada #wedding #holmesandholmes #family #canadianmade #blog #lisamarieholmes #mikeholmesj

Lisa said about their wedding,

"The theme was a secret garden. I always knew I wanted it to be outside. I got married barefoot because I wanted to be grounded and connected with the earth when I said my vows to the love of my life."

"I wore a lace dress. My grandfather passed away three years ago, and my mom had sewn his wedding band into the dress where my heart is. I also wore a gold necklace that my grandma gave me. I felt like my grandparents were with me."

While Lisa looked so pretty in her wedding dress, the groom wore a Huge Boss tuxedo.

You May Also Like: Sherry Holmes Engaged to her Boyfriend Despite The Speculations of her Relationship with Damon Bennett

"When Michael proposed to me, that’s the moment I felt married. I was thinking the wedding is going to be a party and a celebration of love with everyone. But after having all of our friends and family acknowledge our marriage, I woke up the morning after our wedding feeling different. It’s a cool feeling."

It's been more than a year since the pair wedded and we can clearly see their bonding and dedication in their recent Instagram posts.

But, what about children? Are they having one anytime soon?

It seems the lovebirds are enjoying their romantic days for themselves so, they may not have any plan to have babies soon. 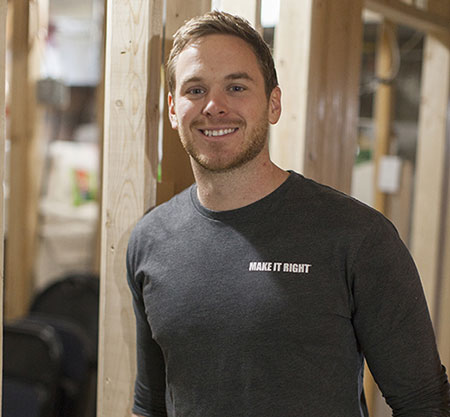