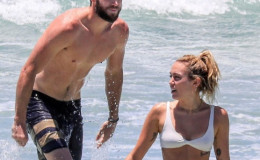 Miley Cyrus And Liam Hemsworth Relishing Romantic Beach Date In Australia: Details In With Pictures! The pair has been engaged twice, splitting in 2013, creating rumors of getting married but they've not tied knots yet.

The on/off couple looked smitten with love and enjoying every second of each other's company, frolicking in the water, jumping and playing.

Miley Cyrus and her The Last Song co-star and fiance left fans perplexed as there were rumors of them secretly marrying in a beach vacation. But after they confirmed they're definitely not married, the low-key pair made a bang on appearance together enjoying a romantic date on the beach.

The pair who got engaged in early 2016 was looking really happy together splashing the water, dipping in and out. 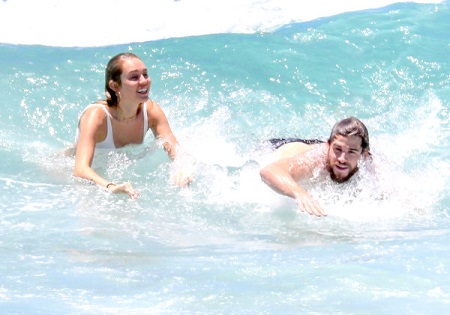 The 25-year-old singer wore an eye-popping white bikini showing off her tattoos and sexy body, wearing her hair in a tight ponytail, looking sporty and active while Liam was shirtless, wearing black swim trunks flaunting his chiseled body and abs. 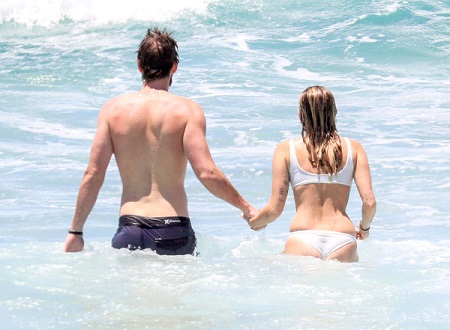 At one point, Miley was seen holding hands of her beau and Miley enjoying a back ride, with her beau looking so adorable and playful together. 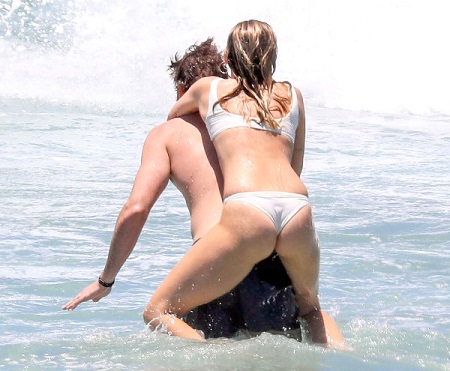 Miley and Liam have been re-engaged for a year now
Source: USMagazine

Miley and Liam first started their relationship after appearing in the hit movie, The Last Song in 2010. After almost two years of relationship, Miley got engaged to Liam in 2012. By that time, all of their fans had speculated that they would soon get married but following the year she confirmed that their engagement had been called off and they're no longer together. 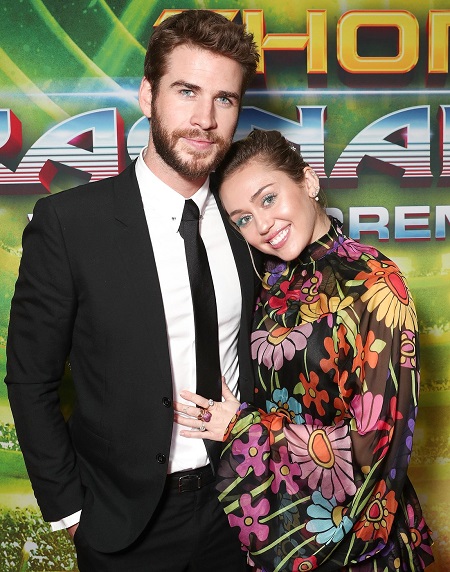 After two long years of split, they pair reunited back in January 2016 and got engaged again, stating they were "beyond happy" to be back together. Speaking with GQ magazine Liam opened up about the time they split explaining that at that time "they were going in different directions and it's what needed to happen."

"We were both super young and it was a good decision at the time — we both needed that."

Well, what happened is now in the past and now the couple is finally in a stable relationship but marrying would not just be an ideal option for them right now!