Home Article Mindy Kaling Shows off her Baby Bump at LA Nail Salon; Father of a Child yet to be Revealed!!!

Mindy Kaling Shows off her Baby Bump at LA Nail Salon; Father of a Child yet to be Revealed!!! 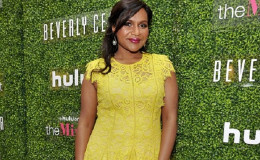 Mindy Kaling confirmed her pregnancy in August this year. The actress has yet to reveal the father of her soon-to-be-born child.

The Office and The Mindy Project starlet, Mindy Kaling spotted showing off her baby bump during a casual day in Los Angeles Wednesday afternoon.

The beautiful 38-year-old American actress and comedian is preparing for an adorable New Year resolution for the upcoming year, 2018. She's heavily pregnant and is due next year, and is looking forward to an exciting yet scary ride through motherhood. 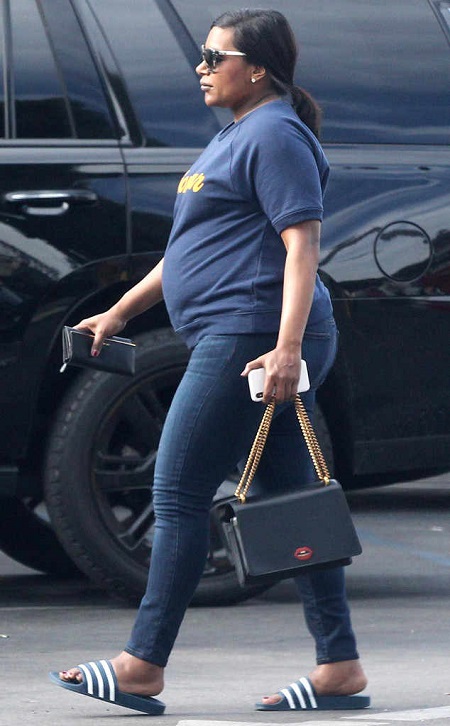 Just this Wednesday, she was spotted stepping out from a salon, enjoying her casual day in LA, looking beautiful with pregnancy glow. She gave us a peek to her growing baby bump, wearing a short-sleeved navy sweatshirt and fitted jeans. She completed the casual outfit with dark sunglasses and Gucci GG Marmont shoulder bag. 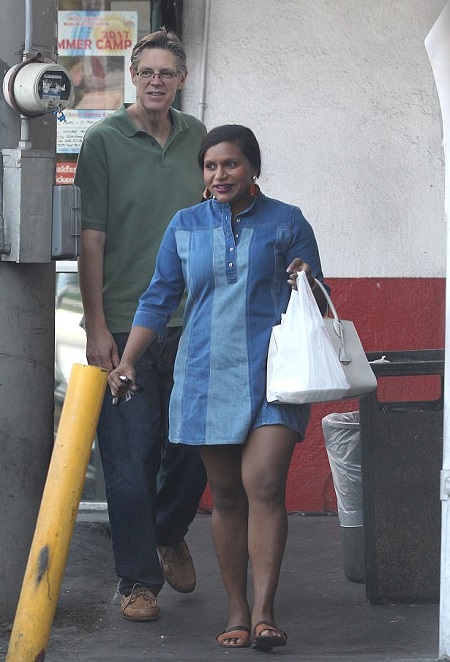 Mindy, 38, was spotted with a mystery male companion picking up some pastries from Twenty40
Source: Pacific Coast News

The Everyone Hanging Out Without Me? Memoir author, Kaling is expecting her first baby and the details about who is the father of the child is yet to be revealed. The actress is smartly managing to keep the details about who she's dating under the wraps but back in September she was caught with a mystery man picking up some pastries.

And when she sat with American way magazine to have a chat about her personal life and about who's the father of her baby, she stated,

"My professional life is the only thing that I feel I have a lot of control over—romantic stuff is a little bit more mysterious."

Well, Mindy is determined to keep mum about the man who fathered her child, and many have also suspected her ex-boyfriend, BJ Novak co-star from The Office to be the father but these are just baseless rumors. Mindy was in a close relationship with B.J. Novak, whom she met while working in the sitcom The Office. 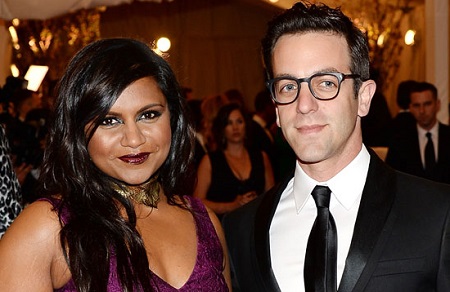 The two dated and were in on/off relationship for almost two years, eventually splitting up in 2007. Then she dated American writer, Benjamin Nugent for four years (2008-2012) and eventually broke up.

We wish the actress a happy and healthy baby born soon and hope she reveals the details about the father of her unborn child in the coming days. Keep following our page for more updates.