Home Article Model Kim Porter is rumored to be getting back together with ex-boyfriend P. Diddy: The couple has four children together

Model Kim Porter is rumored to be getting back together with ex-boyfriend P. Diddy: The couple has four children together 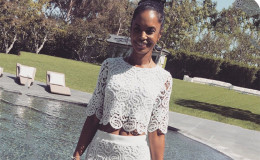 Kim Porter was living her single life after her heartbreak breakup with boyfriend Diddy. But they have spotted together again. Let us find out more about them.

Kim Porter is an American retired model who is best known for her time as a model for Runaway magazine. Kim's last relationship was with millionaire rapper Diddy and she has four children with him. The couple got split up in 2007 after being in a relationship for more than 10 years.

Even though she is living her life without any sadness as her children are always there for her. She spends most of her time with her family and whenever she feels alone she talks to her kids and they make those bad feeling disappear.

So this beautiful American model is currently single and everyone would want to know more about her personal life.

However, her ex-boyfriend Diddy was in a relationship with Cassie Ventura but they are now history as they have split up after getting into a heated argument with each other. After his split with Cassie, Diddy was recently spotted with his ex-girlfriend Kim Porter. Kim was looking so elegant as she wore a black dress and Diddy was spotted wearing white tank-top.

The couple was spotted together after a long time. Diddy has had many affairs with several hot celebrities in his past but no matter how many women he has been involved with he still loves the mother of his three children. The couple seems to be still in love with each other even after their divorce and when they were recently spotted together partying on the New Year eve it showed to all that they love each other so much.

The duo was spotted on a romantic getaway on the Caribbean island.

All these actions do hint towards the couple reconciliation and many of us would really want them together as they are perfect for each other.

As of now Kim is single but the way she is hanging out with Diddy does indicate something. Only time will tell.

As of now Kim is living and taking care of her four children alone. 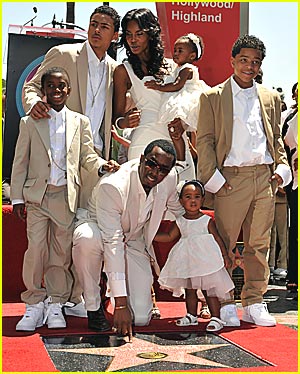 But Diddy has promised to take care of his children with Kim and his four children as he posted a picture of Kim to wish her happy birthday.

HAPPY BIRTHDAY TO @ladykp WE THANK GOD FOR YOU! Love AND BE CLEAR!!!! She's set 4 life! BE CLEAR!!! Thank you for my beautiful children

Kim is living with her twin daughters named D'Lila Star and Jessie James born December 21, 2006, and one son Christian born 1998.

She is also taking care of her another son named Quincy Jones Brown. The identity of his father is unknown to all. Quincy also gave indications that his mother and father could get back together.

Well, let's see if Kim and Diddy can be together again and give their kids the one thing that they deserve, Parents love.

Also, see: P. Diddy is allegedly getting back together with ex-girlfriend and the mother of his three children, Kim Porter

Former couple P. Diddy and ex-girlfriend Kim Porter celebrated the New year together along with their four children