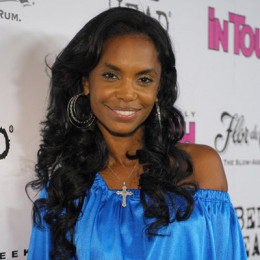 An American model who is very popular as the ex-girlfriend of Sean Diddy Combs. She is also a founder of the group named “Three Brown Girls”. She was a member of a girl group named "Girl 6".

Kim Porter was born on 16 December 1971 in Columbus, Georgia, USA to the family of Sarah L. Porter. She had completed her graduation from Columbus High School in 1988.

After graduating from Columbus High School, Porter moved to Atlanta to pursue her career. She started her professional career as a model.

Porter had a huge net worth. She was residing in a grand home in Los Angeles.

However, details about her net worth are still under review.

Porter was in a long-term relationship with music legend Sean 'Diddy' Combs. She started dating Diddy in 1994 and went on on-and-off until 2007.

She broke the relationship with Diddy amidst cheating accusations. He reportedly has a child with another woman when he was still with Porter.

Meanwhile, Porter has a fourth child from her former boyfriend singer Al B. Sure! named Quincy Brown born in 1991.

Porter died at a younger age of 47. She was found dead in her residence in Los Angeles on 15th November 2018. Though the exact reason behind her death is unclear, she's possibly suffering from pneumonia.

Here's a report on Kim Porter's death on E! News:

"Sadly, I can confirm the passing of Kim Porter. I ask that you give the families privacy at this time."

Celebrities including 50 Cent, Rihanna, and Missy Elliott have paid tribute to the bereaved soul on social media.

RIP Kim Porter! My heart breaks for your beautiful children and family. pic.twitter.com/tjvnWuXp3B

"We lost a real one today, beautiful inside and out. So many will be affected by this, some won't even know why...but the whole world was graced by the vibrance in your spirit."

Porter posted an image of her children and her former love a few days back her death via Instagram.

Some other celebrities like Kevin Hart and Viola Davis also posted about Porter's sudden death.

Father: Al B. Sure

He is the first child of Kim . He was named after famous singer named Quincy Jones. His picture can be found in different sites.

Both Kim and Sean fought for years for the custody of him. His picture with Kim can be found in different sites.

She is very cute and adorable. She one of the twin born during reconciliation of Kim and Sean.

She is also gorgeous. Her picture along with her mother can be found in different sites in internet.