Musician Ronnie Banks is in a delightful Relationship with Girlfriend; Find out more about his Girlfriend and Career

Ronnie Banks gained immense popularity from Instagram and Vine. The social media star is enjoying a successful professional life which many of us only dreams of.

But hold that thought for a moment. His success is not only limited to his pro-life as he has already settled down rather with his girlfriend turned fiance, Jasmine Villegas.

Let's take a close look at his personal life.

Ronnie Banks Living Happily with Girlfriend; Father to One Daughter

It's pretty hard to believe the guys is only 20 and already made it big in his professional life. Ronnie first started out in Vine and quickly gained a huge fan following with his interesting and funny videos.

Soon after that he decided to pursue his career in music and became a musical performer.

He is enjoying a blissful relationship with his girlfriend turned fiance, Jasmine Villegas. Yeah, the name probably rung a few bells. She is the former rumored girlfriend of the singer, Justin Bieber. 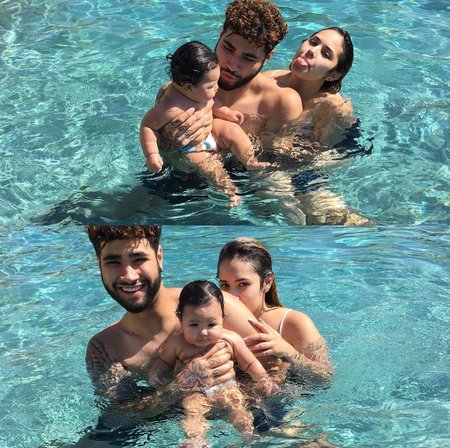 Ronnie and his fiance Jasmine enjoying a beautiful moment with their daughter,
Source: J-14

They started dating after they met each other while shooting for a music video 'That's Me Right There'. It was a love at first sight for Ronnie as he never laid eyes on someone so beautiful.

After dating for certain months, they welcomed their daughter, Ameera Reign in 2016. The internet sensation shared a cute picture of his daughter on his Instagram account.

Welcome to the world my little angel.

And to add more love to his personal life, he popped the big question to his girlfriend the same year their daughter was born. They got engaged in 2016. The heartthrob proposed his leading lady which he shared on his YouTube channel. In the footage he stated,

Both were sobbing and it was an emotional moment for the couple.

His female fans were left devastated when he started dating Jasmine and not only that he even became a father and got engaged to his girlfriend.

Speaking of his past affairs, he might have a fair share of romances in his life but he hasn't revealed openly about him.

When he shared a shirtless picture of himself on Instagram, he sent the social media into a frenzy. But looks like despite his hot looks the internet personality never dated anyone before. 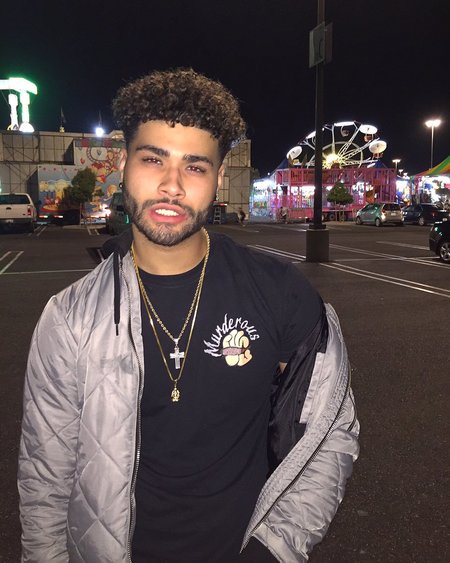