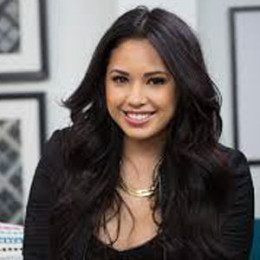 Jasmine Villegas was born on 7th December 1993, in San Jose, California, U.S. Villegas was born to Robert Villegas and Bernadette Vales. She has a mixed ethnicity of (Irish, Filipino, Mexican, and English), and holds American nationality.

At her age of nine, Villegas started her acting career. She appeared in a commercial for the hit animated feature, The Land Before Time IX. She began her first professional singing gig at age 11. She performed the national anthem for the Los Angeles Clippers.

Later, Villegas signed with Damon Dash. He worked for her debut that was slated to star credits from label-mate and former Missy Elliot protege, Nicole Wray.

When she was sixteen, Villegas signed with Sony Music; she made her appearance in Justin Beiber's music video for his single Baby. Jasmine V has also written with Nick Jonas,  American musician, and singer.

In 2013, Jasmine V signed to Interscope Records. She has also appeared with American rapper Becky G, on the cover of Latina magazine's February 2014 issue.

On 5th August 2014, Villegas released her debut single, That's Me Right There, featuring Kendrick Lamar from her EP. The song peaked at #39 on Billboard Twitter Top Tracks chart. Villegas' debut EP was released on 10 November 2014.

On 3rd May 2015, Villegas published the first installment in her songbook which is co-written with R.W. Thomas. On 8th June 2015, Jasmine released a Spanish single titled Renegades.

Jasmine is engaged to her long-time boyfriend Ronnie Banks, musician, and actor. The couple first met in 2014 and began dating. The couple has a daughter named Ameera Reign. She was born on 19 Feb 2016.

After two years of dating, the couple got engaged in late 2016, and are happy living together. The couple split once in 2016 for a short time but reunited soon after Villegas revealed that she was six months pregnant.

Jasmine V earns a considerable amount of money as a singer and model. She generates $300,000 annually. Her monthly income is $25,000, which also includes her appearance in music videos like, Eenie Meenie, Baby, Jesus walks, Selfish Girls and more.

As of 2017, Jasmine V's total net worth is estimated to be $2 million. She owns luxury cars like Lamborgini and Bentley. Where her fiance Ronnie Banks has a net worth of $1.6 million. He also owns a BMW 3 series($51,000).

She is the only daughter of Jasmine Villegas and Ronnie Banks.