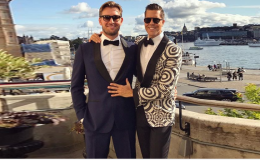 Derek Kaplan became father for the first time with Real Estate Broker Husband Fredrik Eklund; Find out all the details regarding the gender of the newborn

Fredrik Eklund and his spouse Derek Kaplan is a father to twins.

Well looks like the pair will get their hands full changing diapers of their new-born, a baby girl and a boy. It's a moment of overwhelming emotions for the pair. 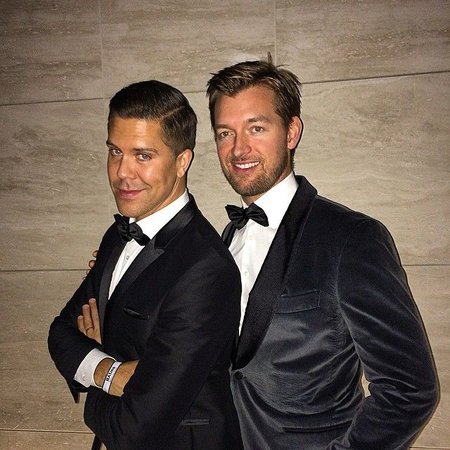 Frederik and Derek became father to twins, a boy, and a girl,
Source: Pinterest

For those of you who have enjoyed the sensation of becoming a parent for the first time can truly relate to what they are feeling right now.

The Million Star announced the arrival of his two nuggets on the social media. The pair's fans flooded the whole comment and congratulated the newly became father.

They named their children, Fredrik Eklund Jr. and Milla Eklund.

The pair added a cute picture of along with their children and added a beautiful caption stating,

“Happiest moment of my life. Welcome Fredrick and Milla to the world.”

Happiest moment of my life. Welcome Fredrick and Milla to the world

The pair announced that they are pregnant with a twin in August. According to them, it was a big decision for them and they are ready to enjoy being a parent for the first time.

We've been blessed two times over - we're six months pregnant with twins, a boy and a girl! It was important for us to take the time to keep the news for ourselves, but now we are ready to celebrate all the love. We thank you for supporting us in this journey and your well wishes.... We are finally going to be dads! Finally! #grateful

They tied the knot earlier this year on February 9th, 2013.  The pair resides at their mansion on Roxbury, Connecticut.

Derek is a renowned British-Zimbabwean painter who is famous for his paintings. Whereas Fredrik is Swedish born Real Estate Broker.

The pair is famous for appearing in the show, Million Dollars Listing.