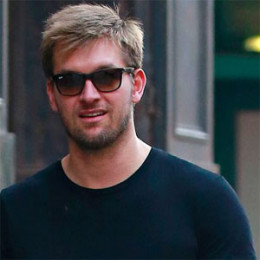 Zimbabwean painter, Derek Kaplan is famous for his paintings and shows throughout New York. In 2013, Kaplan made his debut solo performance at the Couture Gallery Contemporary Art Space. He is married to famous entrepreneur and had twins via surrogacy.

Derek Kaplan was born on 20th February 1975 in Zimbabwe under the birth sign Pisces. Kaplan is Zimbabwean as per nationality, and as far as his ethnicity is concerned, he is South African.

Kaplan was born in Zimbabwe and grew up in South Africa. He lived in London for 15 years and later moved to New York City.

Kaplan was interested in art from his school time. The colors and the beauty of the tropical grassland of Africa are the major sources that inspired him towards painting.

After completing his study at an art school, Kaplan moved to London to follow the stable path of entrepreneurship.

In June 2013, Kaplan did his first solo show at the Couture Gallery Contemporary Art Space in Stockholm, Sweden. He gained much of the appreciation after performing his first show. He did various shows throughout New York and gained huge popularity and fan following.

His husband, Fredrik Eklund is a Swedish real estate broker, a Bravo TV reality star, and a former IT entrepreneur. Fredrik is a non-fiction writer as well. Fredrik has acted in many pornographic movies under Tag Eriksson.

Fredrik has worked for several real estate businesses in his career. He has closed over $5 billion in the residential real estate.

In November 2010, Fredrik was featured on the front page of The Sunday Style Section by The New York Times. He is one of three New York City brokers who starred in Bravo's Million Dollar Listing New York.

The couple owns a mansion worth $3.5 million. They also own a penthouse worth $4.6 million.

Derek Kaplan is openly gay. The famous painter is a married man and has two children. Kaplan tied his knot with his gay partner, Fredrick Eklund on 9th February 2013 on Little Palm Island in the Florida Keys. 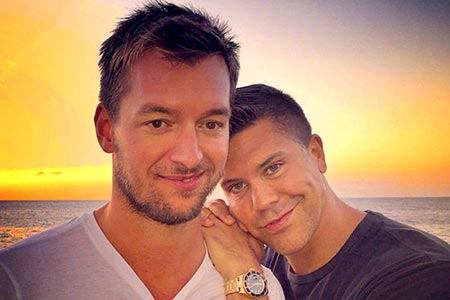 The couple lived in New York for three years with their dogs, Mouse and Fritzy. They wanted to have children through surrogacy, but the biological mother suffered a miscarriage.

The couple in November 2017, announced that they were expecting their twins via surrogacy. They uploaded their kissing photo with a caption,

‘’We’ve been blessed two times over- we’re six months pregnant with twins, a boy and a girl! IT was important for us to take time to keep the news for ourselves, but now we are ready to celebrate all the love. We thank you for supporting us in this journey and your well wishes…. We are finally going to be dads!’’

On 28th November 2017, the couple had newly born babies twins via surrogacy; a son, Fredrik Eklund Jr. and a daughter, Milla Eklund.

Kaplan also had a son named Kai from his past relationship. He donated his sperm to a lesbian couple whom he met in London seven years ago. His son Kai also lives with Fredrik since he met Fredrik.

Kaplan currently resides in Roxbury, Connecticut. The mansion was purchased by his partner, Fredrik in late 2016.

On 9th February 2013, Derek Kaplan and Fredrik Eklund exchanged the vows on Little Palm Island in the Florida Keys.

Fredrik Eklund Jr. is one of the twins born on 29th November 2017. He is the son born via surrogacy.

Milla Eklund is the twin daughter born on 29th November 2017. She was also born via surrogacy.

Kai Kaplan is the son born from Kaplan's past relationship. He is currently living with his mom in London.