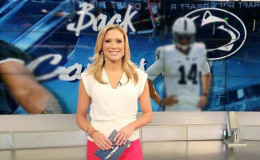 An Emmy-award-winning versatile reporter, Amber Theoharis who is well-known for her work as a co-host of NFL network has been one of the loving TV personality for a long time. She has hosted many shows with several celebrities but what is going on with her personal life?

Is she seeing anyone or married? Here is what we know about the famous anchor so far.

NFL Network Co-Host Amber Theoharis Dating Anyone Or Is Already Married? Has Children As Well?

The well known NFL co-host Amber is having a great time in her life with her husband and children.

The 40-year-old Amber is married to Todd Buchler and together is blessed with three children. Though the actual date of their marriage is not revealed yet, she had been married for a long time now. 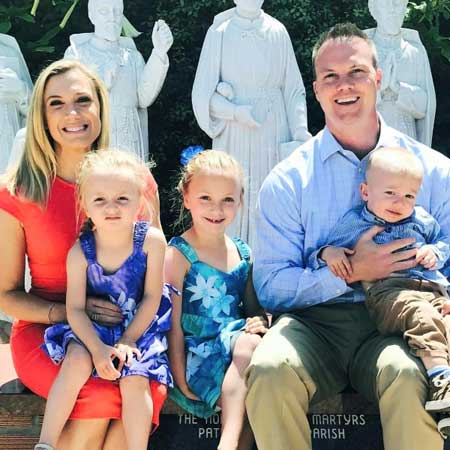 Amber and Todd living a happy life with their children
Source: Answer

Like every couple in the world, they wanted to have kids but the arrival of her child was mixed up with Amber's Professional life. She nearly gave birth to her second child on the set of NFL Total Access.

She was working as the Orioles sideline reporter for the Mid-Atlantic sports network in 2010 when she started feeling stomach pain. She was only 24-weeks pregnant. She decided to fly back to Baltimore to see her doctor. For the next five weeks, she laid in the hospital and deliver her baby there.

She said that she wanted to work and wanted to set an example for her daughters that their dreams will not end when they get pregnant. The family currently resides in Los Angeles, CA.

In 2010, she gave birth to her first child, her daughter Dylan Mattea. Then after three years in 2013 her second daughter Kamryn Olivia was born and after 2 years of her second child, her third child, son Tyson was born.

As of date, she has three adorable children and she continues with her career!

How It All Started For Amber Theoharis?

Amber had an interest in becoming a reporter since her childhood and used to play several sports at her school. She grew up cheering for the Redskins as her parents are originally from Washington DC.

She also said in an interview that her husband Todd is a great fan of hockey and they together go watch several capital seasons.

Also Read: NFL network Scott Hanson Married or Single; Does he have no time for Dating? Find his Affairs

Amber Theoharis started her career in the media at Salisbury in Maryland and at WBOC news. She was also a host of sports talk at WJZ-FM and a sports reporter at WRC-TV Washington DC. 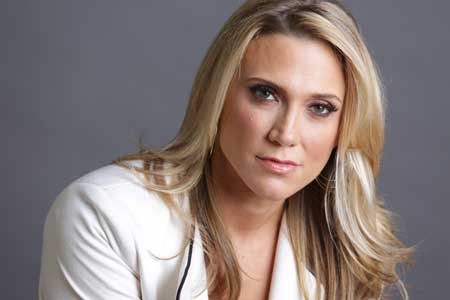 Amber Theoharis has risen because of her versatility
Source: Time

She then started working at MASN in 2007 where she was a reporter as well. Then she started working for NFL Network job as a co-host in 2012. Since then she has been doing great with her work.

In this male-dominated industry, Amber is so clear in her mind about succeeding in the industry and has been encouraging women to be treated as equally as men. She said,

"At work, you need the ability to laugh with your male co-workers. Humor allows people to lower their defenses and defuse tense situations."

She is a good representative of a versatile woman in the industry which will open doors for other women as well. 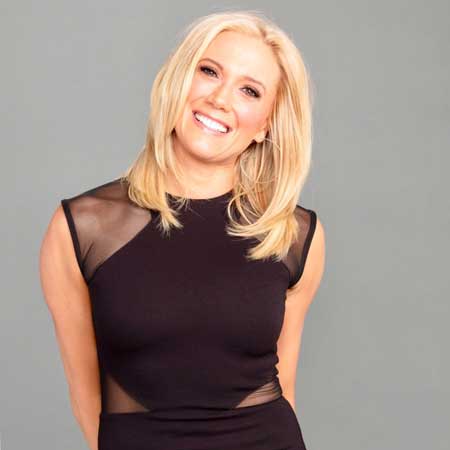