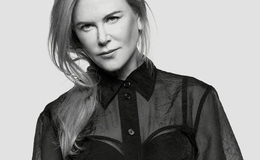 Inside Nicole Kidman's blissful conjugal life and her infamous relationship history: The Oscar winner has been married twice: Everything to know here!

Nicole Kidman has long ruled the showbiz industry as one of the most prolific actresses and as one of the highest-paid. Her movies, in total, have grossed over a billion. Kidman's blockbuster hits include Batman Forever, Days of Thunder, and Far and Away, and her critically acclaimed roles, Hemingway & Gellhorn, Moulin Rouge, The Paperboy, and Grace of Monaco. Her decades-long career in Hollywood has endowed her with an Oscar out of five nominated, a BAFTA, two Emmys, and multiple Golden Globes.

Born Nicole Mary Kidman on June 20, 1967, in Honolulu, Hawaii, the actress's career started in Australia, her parents' native. Kidman was fourteen when she took up acting, and at sixteen, she landed a notable role in Five Mile Creek. Since rising to fame with the Australian thriller Dead Calm, Nicole has cemented a stellar career outside of the land down under and emerged to become a prolific producer with a thriving production company under her.

Who isn't familiar with Nicole's infamous yet iconic relationship with Tom Cruise, with whom she starred in several hit films and even started a family at one point? But we wonder if the world is as acquainted with the Oscar winner's ongoing marriage with her second husband, Keith Urban. The Moulin Rouge actress married Keith in 2006, which makes their marriage 16 years old, almost a lifetime by Hollywood standards. 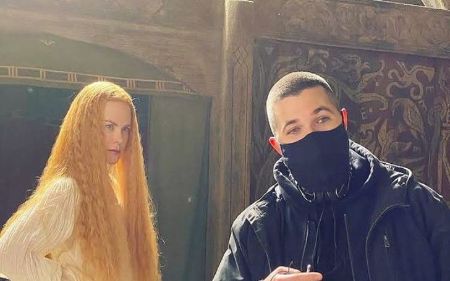 But unlike her previous heavily publicized marriage, Kidman has managed to keep her second pretty much under the radar. The low-profile duo's name surfaces on the headlines again as Kidman and Keith, along with their two daughters, recently jetted off to Australia to celebrate Christmas; although a joyous occasion, the spouses are reportedly there with a heavy heart as Nicole's mother, Janelle, 81, has been bedridden since January. "Who knows how many Christmases we get with anybody ever," says Nicole's thoughtful husband.

Kidman's relationship with Keith came years after her divorce from Cruise. Nicole recalls they met at the 2005 G’Day USA gala, and it was love at first sight for the Oscar winner. Keith was as star-struck and in awe of the Australian-American beauty, although Nicole felt otherwise. "I remember thinking, I had such a crush on him, and he wasn't interested in me," says the Eyes Wide Shut actress. To the world, Nicole and Keith's romance was as whirlwind as it can get, but only the actress knew what a crawling process it was. 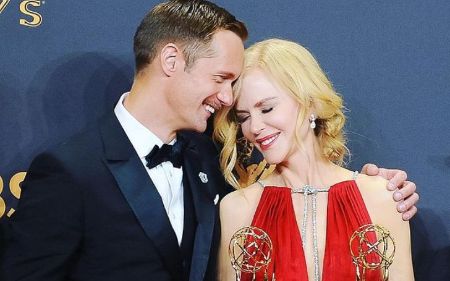 A few months into dating, Nicole says she realized Urban was the one, and she couldn't wait to marry him. "This is the man I hope I get to marry," says Nicole, who describes herself as a hopeless romantic. The couple tied the knot on June 25, 2006, in Manly, Australia, in the presence of star-studded guests, including Naomi Watts, Hugh Jackman, and Russell Crowe.  The pair has since been through many ups and downs but has gotten stronger as a team through the trajectory.

"It was love at first sight for Nicole and Urban!

Kidman and Keith welcomed their firstborn, Sunday Rose Kidman Urban, Kidman's third, on July 7, 2008, and their second, Faith Margaret Kidman Urban, on December 28, 2010. Kidman later revealed their second daughter was conceived via surrogate as she struggled with infertility. The actress also expressed her sadness about not being able to create a bigger family with her husband. "I wish I could have met [Keith] much earlier and had way more children with him," Nicole explains.

Keith Urban is a New Zealand-born musician, singer, guitarist and songwriter. There's no reason for Keith to be referred to as the husband of Kidman, as the musician himself is one of the most acclaimed country singers. Urban's host accolades include four Grammys, fourteen ACM awards, and more. Urban first rose to gradual fame with his self-titled debut album, followed by his more popular album Golden Road, Defying Gravity, and Get Closer. 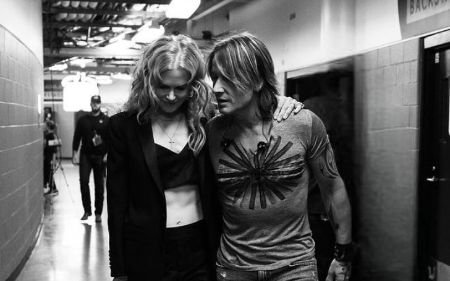 Urban has entertained his fans with his latest top-charting hits like Wild Hearts, Nightfalls, and Street Called Main. As of late, the four Grammy winner has been on the grind for his The Speed of Now World Tour. Aside from his immensely successful music career, the singer-songwriter has also been thriving as a television personality. Keith has coached the Australian version of The Voice for two seasons and was a judge on the fan-favourite American Idol for an extensive period.

Urban has been vocal about his struggle with addiction and even credited his actress wife for helping him recover from the disease. Keith had checked into a rehab centre one time before he met Nicole, and the second time the country singer relapsed was shortly after his marriage with Nicole in October 2006. "I caused the implosion of my fresh marriage. It survived, but it's a miracle it did," the singer said while attributing his recovery to Kidman.

Inside Nicole Kidman's Past Relationships!

Kidman met Cruise on the sets of their 1990 blockbuster Days of Thunder. Tom was fresh out of his divorce from his first wife, actress Mimi Rogers, but the Top Gun actor didn't mind jumping into his second marriage with Nicole after only months of dating. Kidman and Cruise tied the knot on Christmas Eve of 1990 and went on to adopt their daughter Isabella, 29, and son Conor. During their decade-long marriage, the pair starred in a couple more hits, including Far and Away and Eyes Wide Shut. 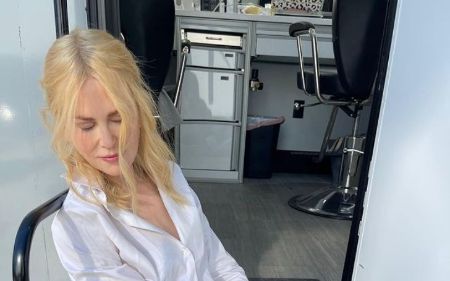 Nicole was married to Tom Cruise for over a decade. SOURCE: Instagram

The pair were reportedly sailing smoothly when the Mission Impossible actor abruptly filed for divorce in February 2001. Kidman later said she was blindsided and heartbroken by Cruise's move. "Our life together was perfect. It took me a very long time to heal. It was a shock to my system. That was a great relationship. I think it ran its course," Kidman said about her split from Cruise, who went on to marry and divorce Katie Holmes.

Before rising to worldwide acclaim and starting one of the most gossipy relationship with Cruise, Kidman had dabbled in a few lesser-known romances. The Australian-American actress reportedly dated Australian actor Marcus Graham in 1989 and Tom Burlinson before meeting Tom. The Eyes Wide Shut actress was briefly engaged to musician Lenny Kravitz in 2003.