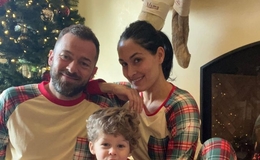 WWE queen Nikki Bella is happily married to Artem Chigvintsev with a son, but not too long ago, Bella was in a high-profile relationship with a fellow wrestler. Bella has experienced perpetual scrutiny in her personal and professional life. Bella has won several titles throughout her career, including No. 1 in Pro Wrestling Illustrated's Female 50, Choice Female Athlete, and Rolling Stone's Diva of the year. Nikki is best known for wrestling alongside her twin sister Brie Bella in the tag team Bella Twins.

Stephanie Nicole Garcia-Colace was born on November 21, 1983, in San Diego, California. An episode of the viewers' favorite Biography: WWE Legends, looks back on the journey of the feisty WWE twins, who went from being waitresses to two of the most successful female wrestlers in WWE history. Although Bella has been in the wrestling industry for nearly fifteen years, the WWE diva found the love of her life on a different platform.

Nikki met Chigvintsev, a Russian-American pro dancer, on the sets of season 25 of Dancing with the Stars, where the two were paired up against twelve other celebrity and pro partners. Although Bella and Chigvintsev had a brief stint on the show, being set home on the seventh week, their experience together brought them together as friends. Bella was in a committed relationship at the time, so a romantic tie with her dance partner was out of the question. 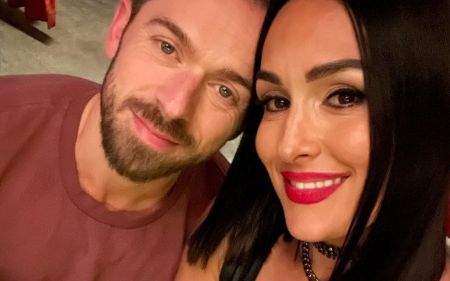 The duo met on the sets of Dancing with the Stars. SOURCE: Instagram

The pair had an innocent reunion after a year in 2018 and bonded on lunch, as shown on Nikki and Brie's reality series Total Bellas. "The last time I saw Artem, I was in a relationship for so long, so I'm just really excited to see him today," Nikki says, still referring to a platonic tryst. The former dance partners sparked romance rumors shortly after their get-together in late 2018. After a few weeks of rumor mill churning one speculation after another, Nikki and Artem confirmed their relationship in early 2019.

The then-new lovebird's early dating bliss was also featured in an episode of Total Bellas. "They have a strong attraction to each other, but they're just having fun," an insider said. The San Diego-born wrestler even took her romance with the dancer on Instagram but maintained their relationship was nothing serious. Posting a picture of the two, Bella emphasized her relationship status was "not fully taken." Nikki and Artem continued to follow into typical celebrity couple's antics while insisting on a momentary thing. 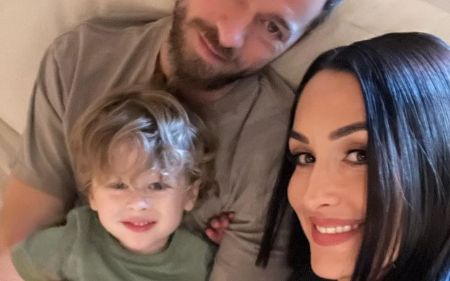 The couple welcomed a son in July 2021. SOURCE: Instagram

The still unofficial couple had had enough fooling around by mid-2019. Appearing on The Bellas Podcast, the duo announced they were officially boyfriend and girlfriend. It was a whirlwind story from thereon as Chigvintsev proposed to Nikki in France in November 2019, followed by a surprise pregnancy announcement in January 2020. Nikki and Chigvintsev's fast-moving relationship was often shown on the twins' reality series, including when the duo had their first fight. 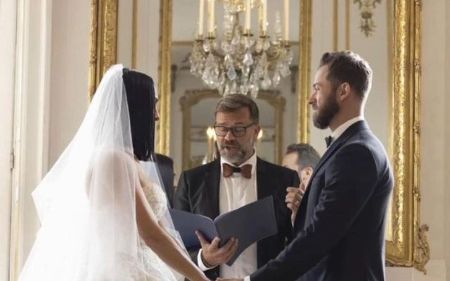 Nikki and Artem tied the knot earlier this year in August. SOURCE: Instagram

The couple welcomed their firstborn, Matteo, on July 31, 2020, and have since been open about their bumpy ride. The pair's relationship survived Nikki's intense postpartum depression, which reportedly almost took a toll on their lives. The twosome had to postpone their wedding twice, once because of Covid and the second time because of Artem's health scare. Nikki and Artem finally said their "I dos" earlier this year in August 2022. 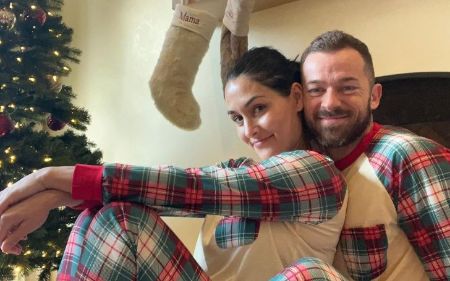 Nikki Bella celebrates her first Christmas with her husband and their son. SOURCE: Instagram

"We both can't stop smiling. I never want this feeling to end. I will love you forever and ever, Mr. Chigvintsev," a smitten Bella wrote on her Instagram story. In her recent Instagram post, Nikki gives fans a look at her first Christmas celebration with her husband and their four-month-old son. "Merry Christmas. Love The Chigvintsev's", the 39-year-old captions alongside a photo carousel of her little family.

Why Did Nikki Bella and John Cena Break Up?

Nikki famously dated wrestler-turned-actor John Cena for several years. The pair were one of the hottest couples in the WWE. One of the most iconic moments in the couple's relationship, which also went down as an iconic episode on WWE television, was when Cena got down on his knees in front of 70,000 people at Wrestle Mani 33. "I have been waiting so long to ask you this," said the Trainwreck actor. Cena added, "Stephanie Nicole Garcia-Colace, will you marry me?"

Nikki and Cena dated for several years and were engaged for a year before calling it quits in 2018!

The wrestler pair had been friends for years before things turned romantic in 2012. Nikki and Cena persevered even though it was clear from the get-go that they wanted different things. The two briefly split ways in April 2018. "While this decision was a difficult one, we continue to have a great deal of love and respect for one another," their joint statement read. Their split lasted a month, and the couple reconciled in May.

A source at the time revealed how calling off the impending wedding worked magic for their relationship. "There has been no discussion about a wedding. They're not officially engaged again. They are working on their relationship day by day," an insider said. The duo officially parted ways in July 2018. "We were trying so hard to make it one. Even in the end, when he was willing to give me kids, I could just tell it's not what he wanted," Bella said while reflecting on her relationship with Cena, who went on to marry Shay Shariatzadeh.