Home Article Noah Cyrus; a sister of popular singer Miley Cyrus, is she Dating someone? Also, see her Career and Net Worth

Noah Cyrus; a sister of popular singer Miley Cyrus, is she Dating someone? Also, see her Career and Net Worth 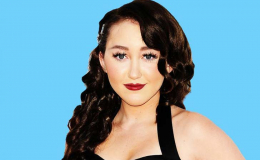 singer and actress Noah Cyrus who is the younger sister of singer Miley cyrus is single and not dating anyone.

It seems like the talented and hit country music singer and actor Billy Ray Cyrus is all set to create a family legend in music.

As one daughter, the iconic pop singer Miley Cyrus was not enough, his second daughter, younger sister of Miley Cyrus, Noah Cyrus is stealing spotlight all across the globe with her hit debut single Make Me Cry.

And now, everyone wants to know all the details about this brilliant 17-year-old singer's personal life. Is she dating someone? let's find out!

Singer Noah Cyrus is single: No signs of boyfriend

Make Me Cry singer Noah Cyrus is raising temperatures like crazy on stage with her rocking performances. 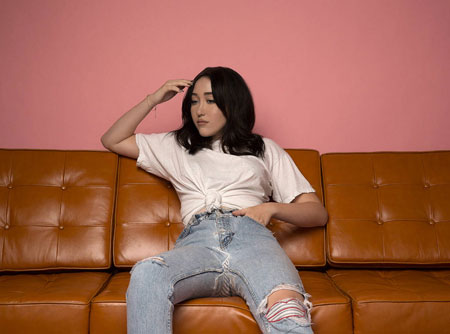 Her last night solo performance on MTV Awards, bringing her new single "Stay Together" was power-packed and solid.

She's proved as one of the rising stars and raised bars pretty high. And with her hotness and talent, she's sure gathered a lot of male fans. But the big question here is whether she's still on the market or already taken? 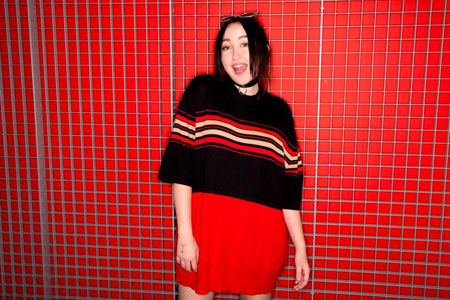 Well, we have good news guys, as this 17-year-old teen starlet is still single and not dating anyone.

ya girl needed some fries and a milkshake

She's super enrapt in her career and probably doesn't have time for guys! This girl is aiming for big and we want to see more of her.

Noah once dated Paris Bronson back in 2013

Back in 2013, when Noah was pretty under the radar, she grabbed headlines when she posted adorable pictures of her and her rumored boyfriend, actor Paris Bronson. 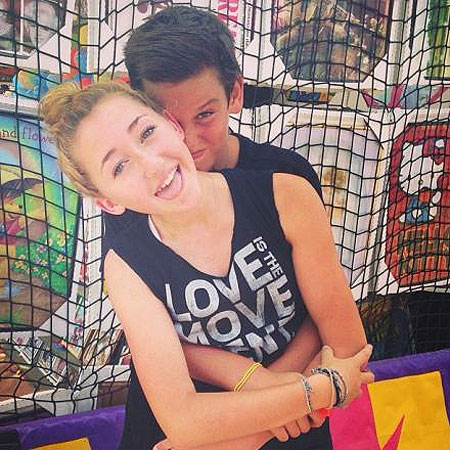 The pair was spotted hanging out together over the weekend in September 2013 and they looked really close together, hugging and flirting. 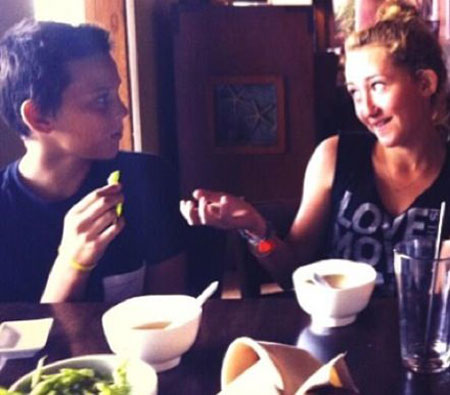 Noah and Paris having lunch together, Source: Enstarz

Noah who is the beautiful younger sister of singing diva Miley Cyrus neither confirmed nor denied the rumors.

Well, it didn't seem pretty serious and the rumors eventually faded away.

One of the siblings of popular singing sensation, Miley Cyrus, Noah Cyrus is all set to rule the music industry.

Born( January 8, 2000) and raised in Nashville Tennessee, she is the youngest daughter of hit country music singer and actor Billy Ray Cyrus and mother Tish Cyrus. 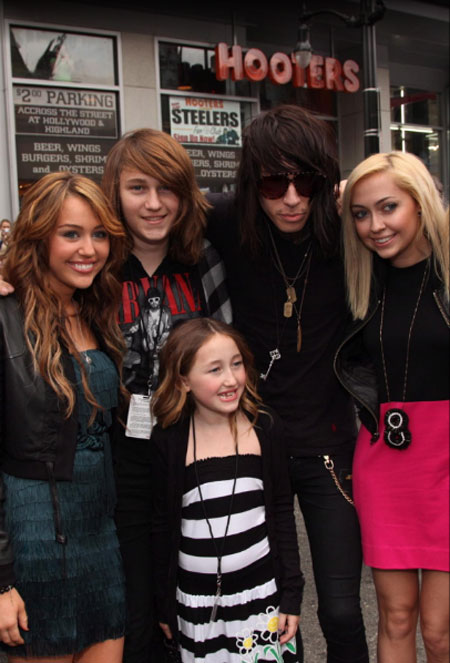 Miley Cyrus with brothers Braison and Trace Cyrus and her sisters Brandi and Noah Cyrus at the "Hannah Montana The Movie" premiere on April 2, 2009.

She made her first movie debut through animated feature film Ponyo where she voiced the title role back in 2008.

Following this, she released her first solo song, Make Me Cry featuring UK singer Labrinth that hit 100 in Billboards. Her solo studio album NC-17 just recently got out and it's getting remarkable reviews.

She also co-starred with her sister Miley Cyrus in one of the episodes of popular teen drama, Hannah Montana: The Movie. Her debut album has sold millions of copies and her net worth is estimated to be $200 million.

Well, we wish this young and rising star best wishes for her future endeavors and we hope to see her releasing more of her amazing songs soon.