Home Article One up for Love; Counting On stars Josiah Duggar and Lauren Swanson got Engaged

One up for Love; Counting On stars Josiah Duggar and Lauren Swanson got Engaged 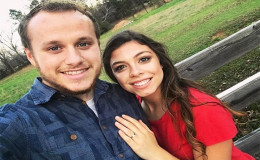 Josiah Duggar and Lauren Swanson got Engaged after two months of Courtship; The pair started Dating from 2016; Josiah previously in Courtship with Marjorie Jackson

Josian Duggar put the ring on it as he finally got engaged to his girlfriend, Josiah Duggar after courting with her for around two months.

Josiah Duggar and Lauren Swanson counting days for their wedding!

The Counting On stars, who entered courtship a few months ago decided to escalate their relationship. The eighth son of Jim Bob Duggar and Michelle Duggar, Josiah along with his siblings planned the moment some time ago.

His family and friends, everyone felt like Lauren is the perfect match for him and the 21-year-old reality TV took the name of Jesus and put the ring on it. And the precious moment took place at a place which is very close to Lauren's heart. 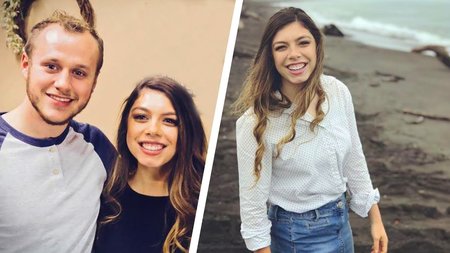 Josiah Duggar and Lauren Swanson are now engaged, Few months after their courtship

The couple knows each other as friends for a long time and they decided to enter courtship a few months back. It was a mutual decision from both side and they wanted to get close to each other.

I feel like the most blessed guy on earth ... Lauren said YES! God definitely opened our eyes in his perfect timing to show us how we complete each other. The more time I spend with Lauren the more I realize how I can't live without her. There's no one else I'd rather spend my days and grow old with! #engaged #weddingplanningbegins

For planning the big moment, Duggar took the help of his siblings. In a statement to the E! News, the reality TV star stated,

"Lauren and I are engaged! This is an exciting big step in our lives and the whole thing was very meaningful."

"The place where I proposed to Lauren is the exact spot where her parents were engaged. There's a lot of family history on this property making it a special place for Lauren."

The Duggar family website posted in their official photo and stated,

"We have known Lauren and her family for a very long time and have seen how she has grown in her knowledge and understanding of the Lord.”

His family has grown fond of the pair's relationship. The fans of the show are now counting the days till the couple's big day. A big congratulation to the pair. Around two months ago, they disclosed that they are courting.

According to them, courting will help them know each other more and find out whether they are truly compatible with each other or not.

Josiah was previously in a four-month courtship with Marjorie Jackson back in 2015.